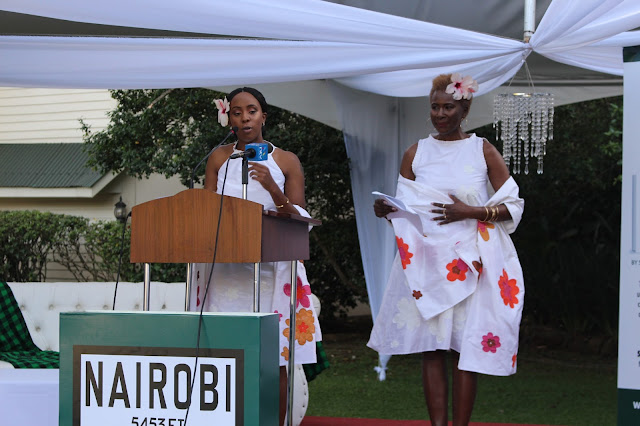 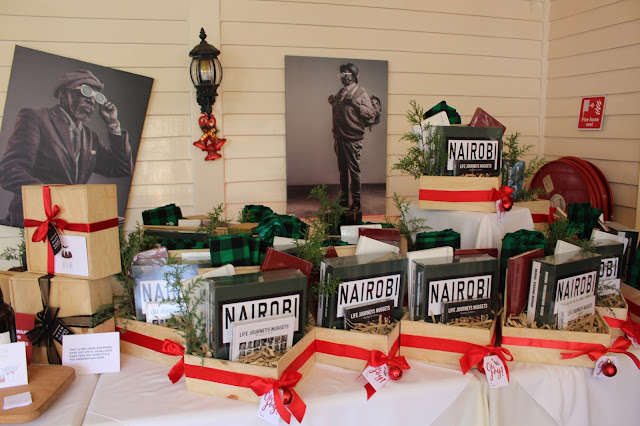 
The Lord Erroll Restaurant was transformed into a vibrant performance space this past Sunday afternoon when its entire garden, veranda and entry corridor were booked for the day by Susan Wakhungu-Githuku and Footprints Press. 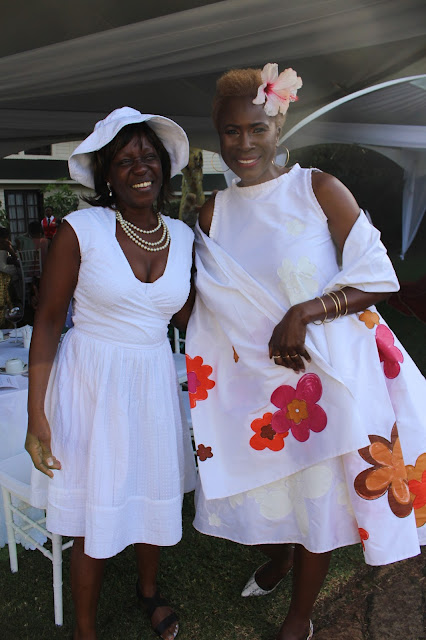 Ostensibly, the program was a simple book launch of the latest Footprints publication. But with Susan, nothing is ‘simple’. Better to think in terms of luminous and luxurious words like performative, gracious, elegant and posh. 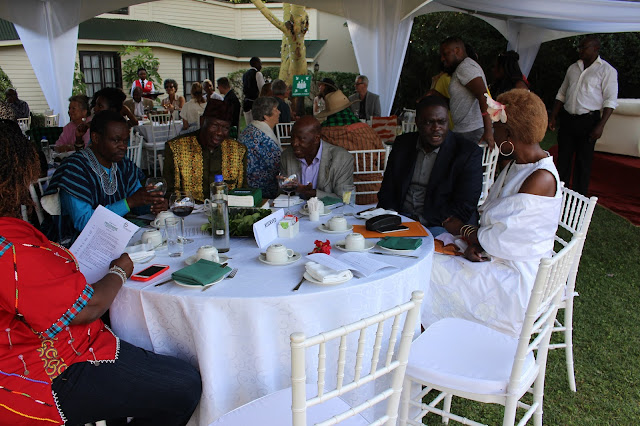 Lord Erroll’s had become ‘The Place to be’. That day it was a place where corporates, ‘creatives’ and consultants intermingled with media, select medics and just a few well-chosen politicians like the former Kenya Vice President, the Hon. Moody Awori.
It was actually Moody who set the tone for the entire afternoon. That was after all the guests (who’d been advised to dress up in high-style) had been seated at white linen-topped tables under canopy-type tents and served High Tea.
Moody also came after Susan, with the co-author of their book, ‘Nairobi 5453 Ft.’, her daughter Natalie Githuku, welcomed all the guests to this grand event. 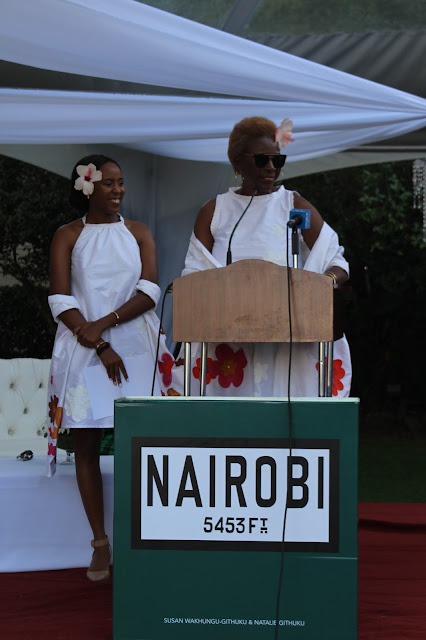 Mother and daughter were the two brilliant masterminds behind the production of Footprints’ brand new two-volumed book. Susan explained it had taken no less than three years to put it together, a factoid one can easily believe.
The slimmer book, entitled ‘Nairobi 5453 Ft – Personal Musings’, featured personal reflections (or musings) by 35 carefully-selected Kenyans as well as brief bios of almost 20 ‘creatives’, mainly photographers and painters, all of whom had contributed to the beautification of both books. 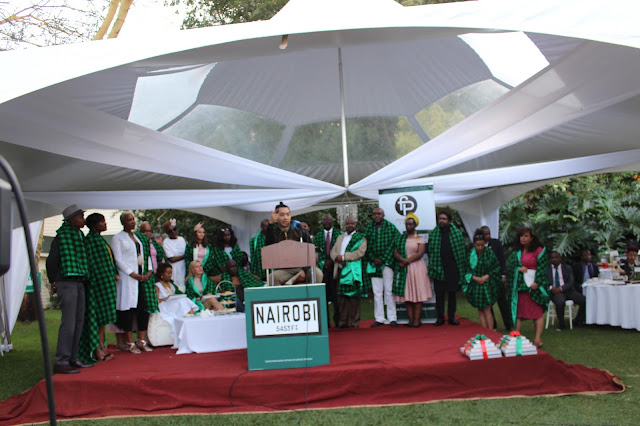 The thicker book, entitled ‘Nairobi 5453 Ft – Photographic Slices’ includes no less than 27 multi-colored perspectives on the city ranging from Nairobi’s ‘Humble Beginnings’ through its ‘Contemporary Business Environment’ and ‘Budding Innovation’ through to ‘Youthful Exuberance with a Global Edge’.
Each chapter opens with a big bold-lettered summary of what comes next. Then what follows are glossy, full-paged photographs which are either black and white (true of the older archival snaps) or color. Either way, the images are animated, attentive to detail and shot by some of Nairobi’s finest photographers. They include master image-makers like Mutua Matheka, Thandiwe Muriu, Osborne Macharia and Joe Makeni. And since Susan clearly didn’t want to miss out on the main masters, she also called upon Bobby Pall, James Muriuki and Jolene Wood to contribute to creating a full and multifaceted set of images of her beloved city. 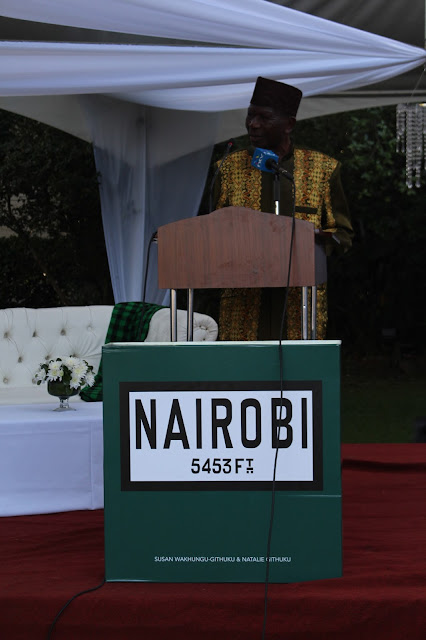 But if that Sunday was meant to be a book launch, Susan and Natalie had already decided to make the day performative. Moody was there to eloquently set the artistic ball rolling.
The former VP was the first of several superlative storytellers, poets and local stars who would share their own ‘musings’ for the remainder of the afternoon. 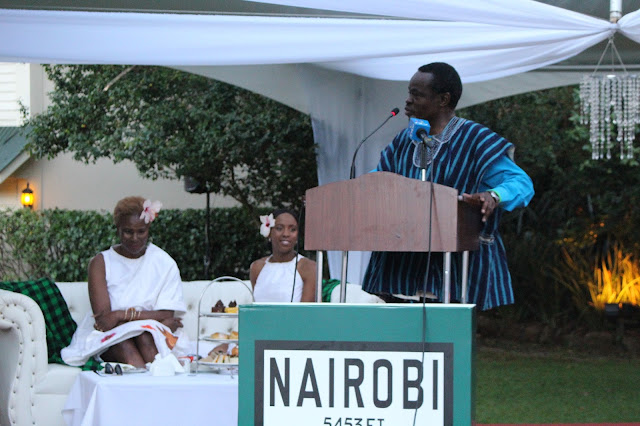 Moody’s memory is clearly sharp as a tack since he took his audience all the way back to his early arrival in Nairobi from Busia County. Recalling the cleanliness of the city back then (a concern mentioned by several others, including the illustrious Director of the Kenya School of Law, PLO Lumumba, who also reflected back on Nairobi’s once well-kempt city streets), Moody could have continued all afternoon to weave strands of sonorous stories about his ever-evolving city. But there were others on the program.
Susan had essentially designed a vibrant Variety Show to accompany the showcasing of her newest books. The performers were mainly personalities featured in ‘Personal Musings’ thus giving us a feeling for what we might find in the text. 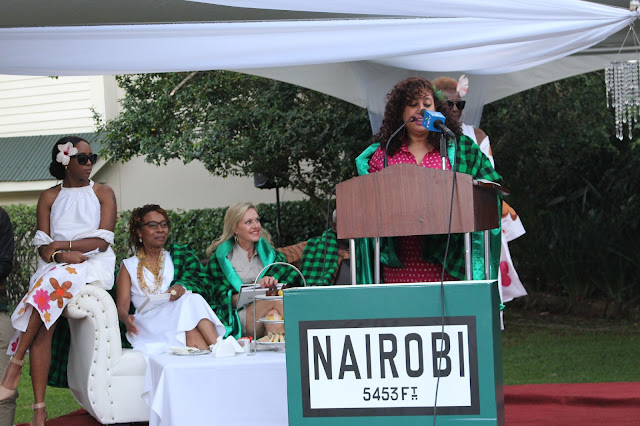 There were poets like Aleya Hassan and Marcus Tan de Bibiana who shared their insights on the city. There were also eloquent public speakers like Dr Lumumba, John Sibi-Okumu and Catherine Ngugi. 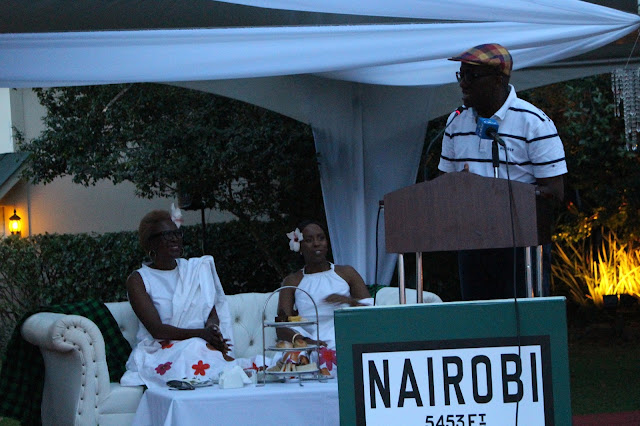 Susan had even invited Nairobi’s newly-elected Deputy Governor of Nairobi, Polycarp Igathe to speak about his practical plans for fixing the city and restoring its image to the best of what it had been before. 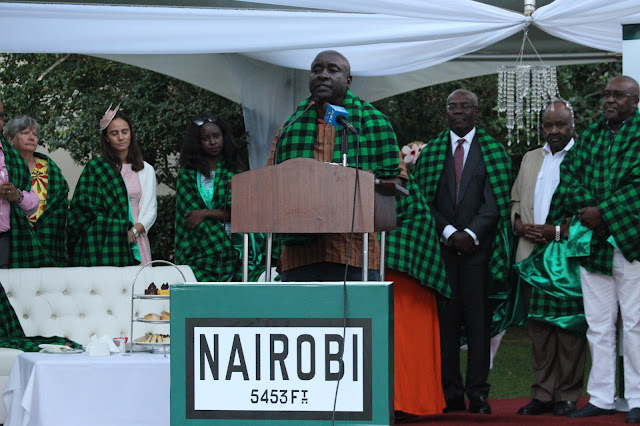 Yet not everybody who shared their thoughts on Nairobi were kind. Some were cynical about cruel moments when Nairobi had been hard on her own. Yet others, like Sibi Okumu spoke hopefully, comparing Nairobi to Bethlehem. He even broke into song (being the natural entertainer that he is) crooning about that ‘little town’.
It was impossible not to be enthralled by the stylish-sort of book event that Susan and Natalie organized. It was difficult not to be compelled to buy the book just to see what other incredible insights Nairobians had shared about their city. In fact, the books reveal just as much about the city’s citizens as it does about the city itself. 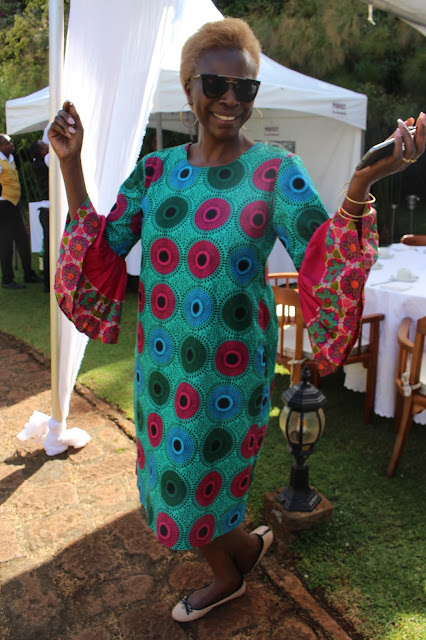 Posted by Margaretta wa Gacheru at 07:50