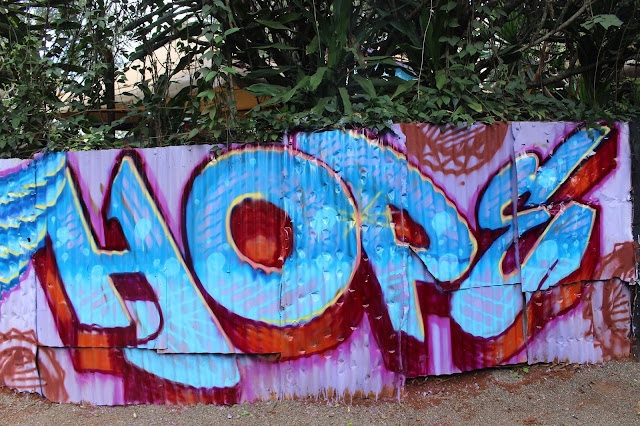 By Margaretta wa Gacheru (posted December 3rd, 2017)
Paa ya Paa’s End-of-Year Piano Recital by the students of Phillda Njau was set to be a humble but happy affair. But almost by accident, the Sunday afternoon recital turned into a rousing jam session and ‘reunion’ of the band that Phillda helped to start several years ago. The Bush Bach Ensemble was represented that day by Phillda on piano and several members of this innovative Afro-classical group that hadn’t been on stage together for over a year.
The students performing that day were mainly from two neighborhood groups that help young Kenyans who had been ‘down on their luck’ before they met Molly Stern of the King’s Kids Village or Amy Crowley of the Ahadi Boys Centre.
Phillda had reached out to both groups a little over a year ago, offering to teach as many of their children as might want to learn to play piano.
“Many more of our kids had come [for lessons] initially, but only a few stuck with it,” said Jim Christie who, with his wife Sue, volunteer at King’s Kids Village, which is an orphanage situated down the road from Paa ya Paa.
Nonetheless, the two who performed on Sunday, Andrew Hazina and Matthew Wanje, were among the most confident pianists of the day. Andrew not only performed the Kenya National Anthem. He also played portions of the music of Johann Sebastian Bach and Ludwig van Beethoven. Meanwhile, Matthew played Christmas carols and one secular piece.
There were four of Phillda’s students from Ahadi Boys. Ironically, three were boys, namely Daniel Njeru, Njuguna Lisandro and Austin Onyango. Meanwhile, the fourth was a girl, Olivia Natalia Wangeci Gitonga. All gave brief but sweet renditions of either Christmas carols, anthems or prayers.
And all the aspiring musicians were quietly accompanied by Phillda who enriched their music with full sets of chords and professional playing.
For the final piece of their performance, Phillda led four of her students in playing a piece by Beethoven which he had written for five pianos.
“When we started out we just had one piano at Paa ya Paa, but friends have shared what they could. And Louis Duval, our dear friend donated a keyboard to us,” says Phillda, who became one of the five on piano as the quintet played Beethoven’s ‘Fur Elise.’
It was a fitting ‘grand finale’ for the recital. But the day was hardly done. Phillda introduced the other three members of the Bush Bach Ensemble who had made it to PYP that day. She explained that she together with Michel Ongaro on flute and percussion, Kaboge Chagala on African drums and Grandmaster Masese on the obhokano (Kisii name for the eight-string lyre), were only going to perform one piece.
But the audience didn’t allow them to stop after one. This innovative experimental group combined Western classical sounds with indigenous African rhythms, instruments and improvised sounds. The combination is unique and Bush Bach wasn’t able to stop performing until the audience allowed.
The group themselves were also quite pleased to be back together and before their performance was done, they vowed to stage another live performance sometime in the New Year.

Posted by Margaretta wa Gacheru at 06:43