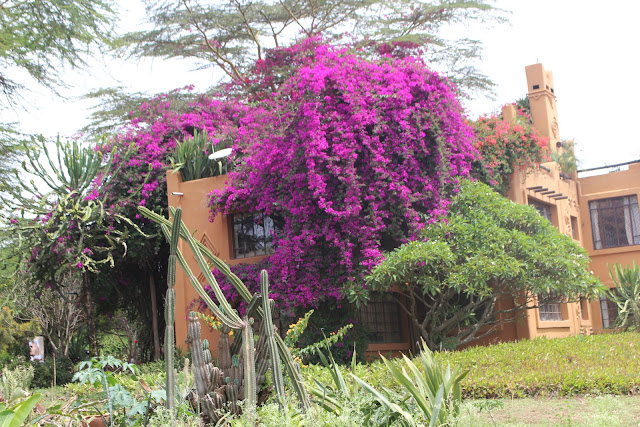 Ever since the African Heritage House owner-manager Alan Donovan decided to clear his land to make way for his next construction project, one finally got a chance to see how lovely his grounds really are.
Situated on land he once considered ‘remote’ since back in 1972, it seemed to be very far from the urban life in Nairobi. Today, Mlolongo no longer seems ‘far’ from town. But then as now, the view from that place of Nairobi National Park was and still is breathtaking. 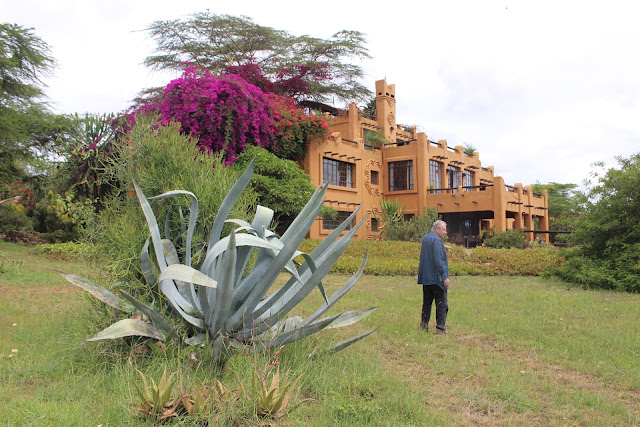 By the time he’d completed his magnificent African Heritage House in 1994, it was nearly a quarter century later. The main attraction of it back then was not the grounds but the house and the incredible Pan-African collection of art and artifacts inside a place which was meant to replicate multiple styles of pre-colonial African architecture.
But now that the shrubs, sundry plants and trees have been cleared to make way for Donovan’s latest project, the Timimoun Museum, one cant help taking note of all the other beautiful trees, succulents and sisal plants that have grown up since he first came to Mlolongo and did a bit of landscaping.
From the front patio and main Swahili door, one sees what Donovan calls his giant Wedding Tree which stands out most prominently. “We had a wedding here yesterday, and we have another one tomorrow,” says the man who’s become a hotelier ever since he began hosting weddings and other tourists who’ve heard about his AH House on ‘Trip Advisor’ and elsewhere. 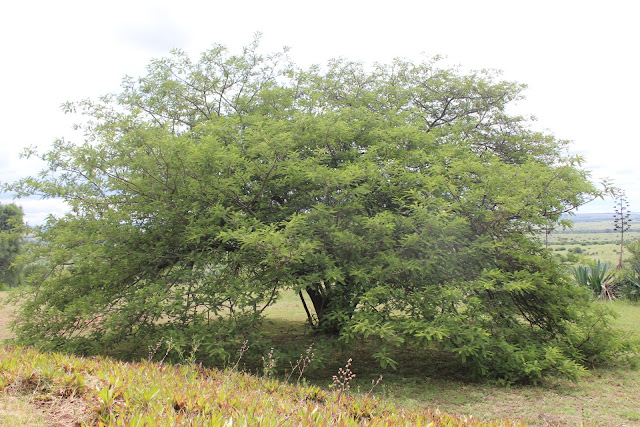 What are also special are the succulents scattered all over the grounds that have grown to be thick, tall, prickly and occasionally quite dangerous. “I’m sad that in the process of clearing bush, one gardener sliced the most beautiful succulent that was here,” he says. But no matter since they grow quickly where he stays.
What are also striking are the sisal trees that stand thin, tall and upright on the horizon one can’t help watching since that is the direction one looks to see the Game Park. Donovan is one of those locals who bemoans the SGR crossing the park. But at the same time, he is well aware that herds of wildlife that he used to see in droves in the park have radically diminished as poachers have taken their toll on one of Kenya’s most valuable natural resources. 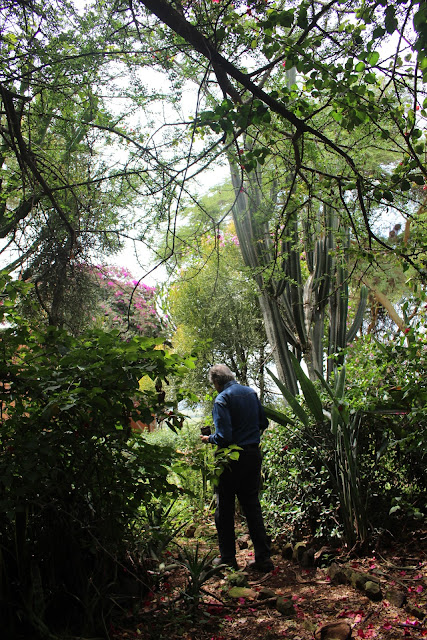 But even without the wildlife, the natural visas that are easily viewed from Donovan’s place are spectacular. And right now, the bougainvillea are in full bloom. The ones creeping up his ochre-colored wall offer a reminder of why Kenyans treasure the rains. It’s because they are harbingers of the country’s natural beauty.
Donovan admits he hadn’t given a great deal of thought to gardening until he got serious about the Museum that he’s building next door to him home. As a consequence, the gardens has grown spontaneously, according to their own logic. But again, this is the beauty of the grounds.
One of the most interesting succulents that has grown all the way up to the second floor of AHH is called…… Each blade is not only prickly and dangerous to get close to. Each one is tipped with a corn-cob-like cone that looks especially threatening. Donovan says it’s renowned for serving as a sort of natural wall where Moslem women would sit and relax without fear of intruders. “They were invisible behind the plant, so women liked them especially,” he adds. 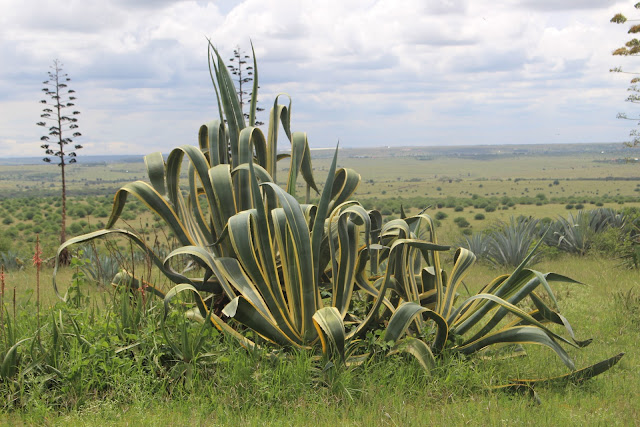 Donovan has always loved being able to tell visitors that the boundary of his land is the National Park no less. But now, he’s especially grateful that years ago he planted trees on the west side of his land. That’s because loads of illegal squatters have suddenly sprung up and built make-shift homes right on the other side of his fence.
“I have tried to get the attention of local government, including the police, since the land-grabbing in this area is rampant,” he says. Nonetheless, he is undaunted in continuing with his construction project and also doing more landscaping of his grounds. 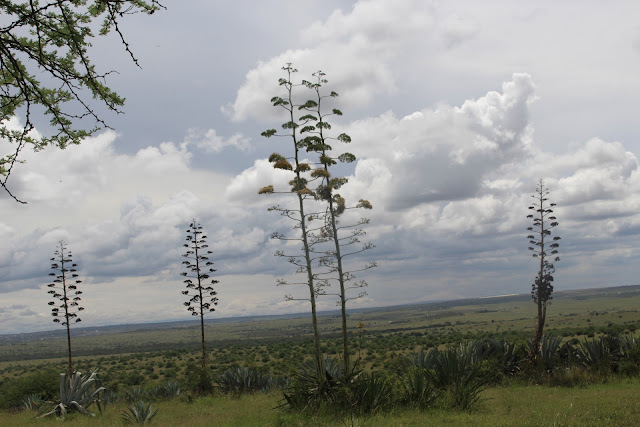 “I even cleared a path into the bush that’s grown up between my house and the houses were my house help live,” he says as he walks me through the path up to a bench where one can sit and feel fully surrounded by greenery. “I’ve built benches all over the land so visitors can come sit and see the beauty of Nature.” 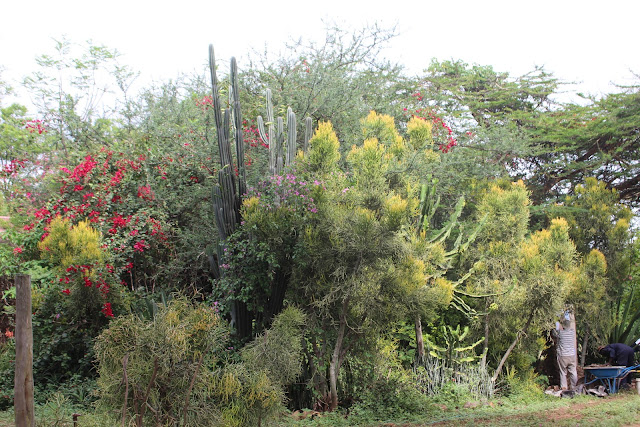 Posted by Margaretta wa Gacheru at 11:04