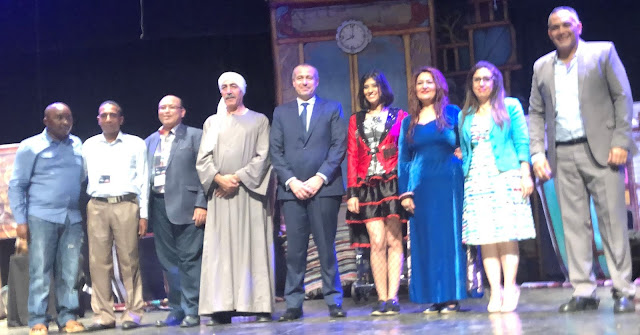 This year’s Kenya International Theatre Festival (KITFest2019) was an ambitious 10-day event that inspired high expectations, a fraction of which were met.
Certainly, the 25 performances that got staged from 1st through 10th November in three cities and at multiple venues were impressive. The festival’s organizer Kevin Kimani managed to attract highly professional performing artists from abroad, all of whom gave first class shows. They came from India, Egypt and South Africa as well as from the United States and Uganda.
Kevin also got a number of outstanding Kenyan thespians involved in the Festival. They included spoken-word poets, storytellers and multi-media artists as well as students from Kenyatta University and KU’s theatre lecturer, actor, playwright Dr Fred Mbogo who brought two of his plays for staging at the festival, directed by Esther Kamba. Every one of them gave peek performances. 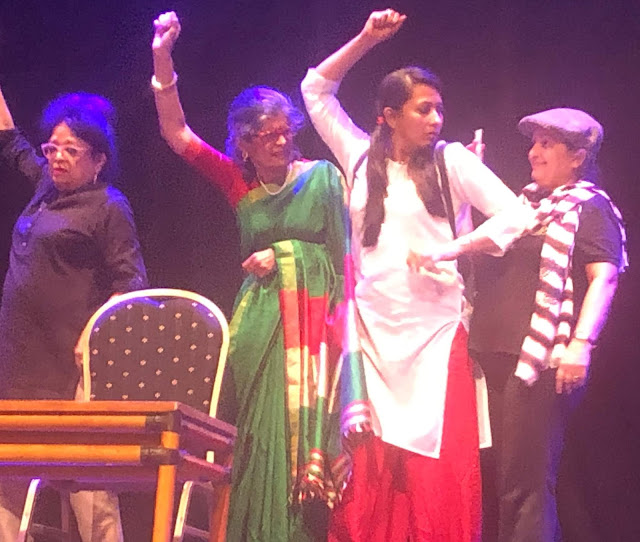 There were even workshops in acting, directing and dance, although fewer than anticipated.
The main problem with this year’s festival was lack of organizational infrastructure. Kimani did his best to be and do everything. But he wasn’t able to enlist all the volunteers required to make the program run without a hitch.
“We frankly staged the festival on a shoestring this year,” admits Kimani who didn’t have a multi-millionaire backer this time round. UNESCO had been helpful in the past and this year, Kenyatta University was supportive of the East African Theatre Journal that KITF plans to launch early next year. Otherwise, most of the other expenses fell on Kimani to manage.
Fortunately, the foreign troupes were able to provide their own means of reaching Kenya. The Egyptians are so supportive of the arts that the government assisted at least one of the two companies that came together their deputy Minister of Culture. 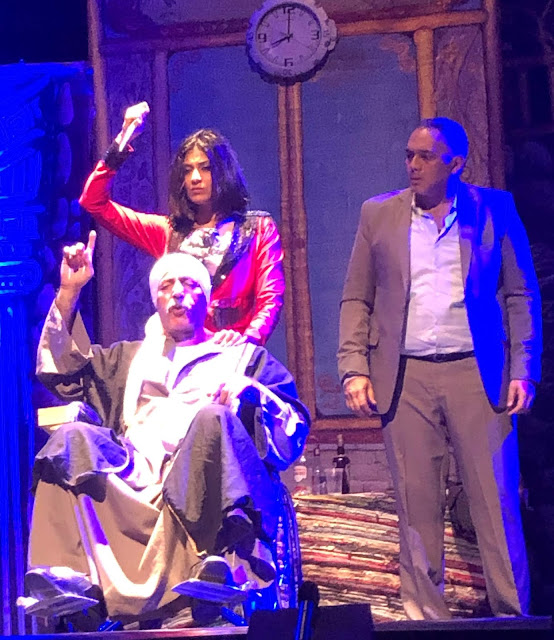 One wishes the Kenya Government could learn a lesson from Cairo and see the long- and short- term benefits of supporting the arts. They still don’t understand the immense economic and social potential that Kenya’s creative economy can bring to the country.
The most exasperating thing about the Festival was the communication breakdown which meant people couldn’t be assured of what would be happening and when. Again, this had lots to do with lack of people-power to even keep a digital version of the program consistently updated. There also needed to be staff on duty throughout to provide continuity in between performances and to answer miscellaneous questions.
Opening day started well (apart from performances beginning late) with rousing performances first by the Indian all-women group, Theatre for change; then by spoken-word poets Teardrops and Mufasa, and then by master storyteller Ogutu Muraya who shared half of his brilliant ‘Because I always feel like running’, whetting the audience’s appetite for more during the Festival. Finally, the evening was capped off with a mesmerizing performance by American actor, Ronald Rand who’s travelled widely, staging his one-man show, ‘Let it be art’. 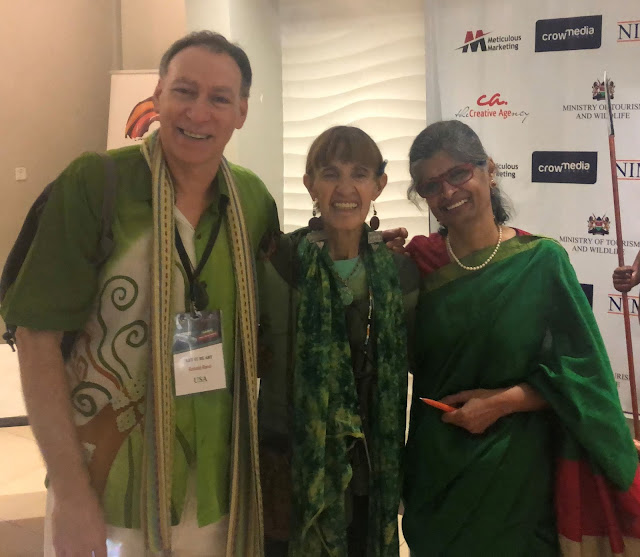 But after that, there were no written or audible notices as to when or if workshops were being held. That was a pity since Rand’s ‘art of transformation’ and South Africa’s Goitsemang Pholo’s acting workshop both got glowing reviews from workshop participants.
What was possibly most impressive about the 10-day program was seeing the professionalism of the foreign casts. That was true of both Indian companies, Aum Yash Kendra which adapted a Franz Kafka short story to an Indian context and the all-women Theatre for Change. The Egyptians were so conscientious that they even brought their own set design as well as their lights and sound man. And both the American and South African shared deep insights into methods of acting as well as giving two of the best-received performances of the festival. 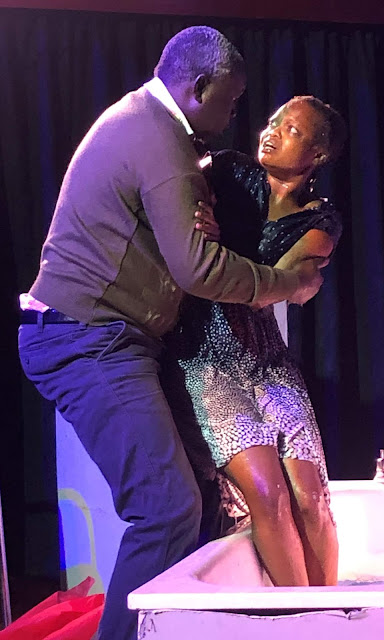 The Kenyan actors also did us proud, illustrating that our theatre is alive and well even with the little support they got from either private or public backers of their art. We would have liked to see more Kenyan input in the program, although it was wonderful to watch shows scripted by Kenyans, including Fred Mbogo, Ogutu Muraya, David Mulwa, Mufasa the Poet, Teardrops and Kate Kabura. They were also well directed by Esther Kamba and Dr Emmanuel Shikuku among others. 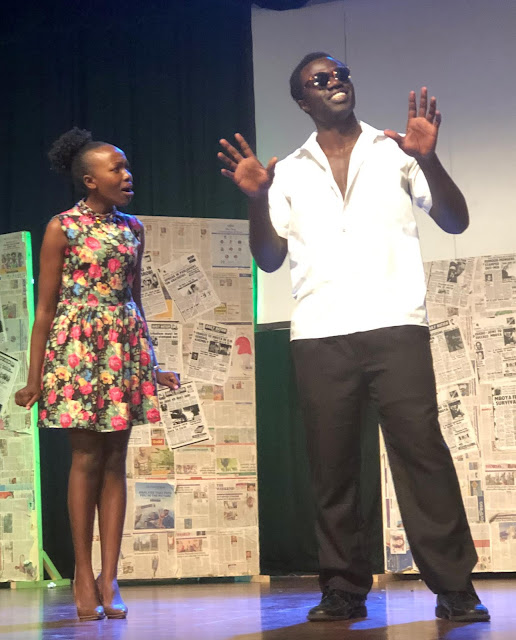 Finally, it would have been grand if KITFEST19 could have liaised with other outstanding Kenyan productions staged last weekend, namely ‘Too Early for Birds’ Tom Mboya Edition’ and Strathmore Drama Society’s ‘Aminata’, both of which were brilliant. Both are bound to be recognized as modern Kenyan classics. 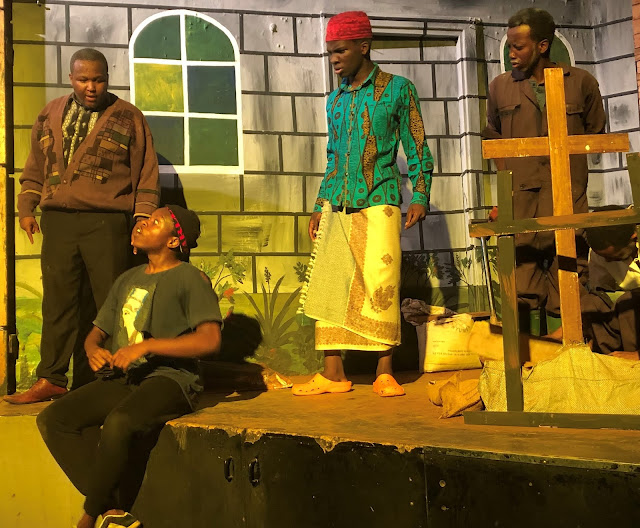 Posted by Margaretta wa Gacheru at 03:18