TIMIMOUN, A CULTURAL OASIS IN MLOLONGO 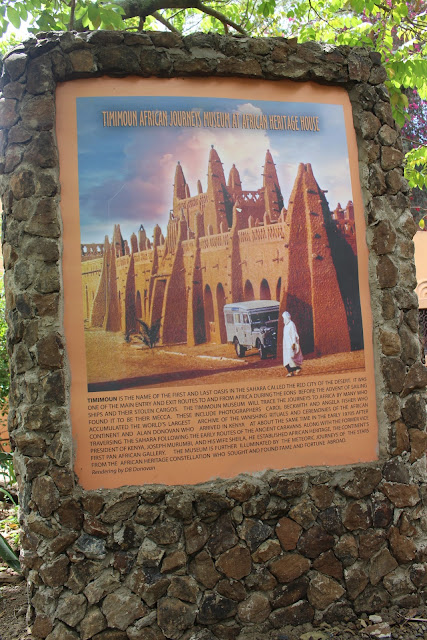 To create a Timimoun of his own has been Alan Donovan’s dream ever since he took his first trans-continental trip by car across Africa and encountered the original ‘red city in the desert’ in the late 1960s. Now the North African city is situated near the centre of Algeria, but back in pre-colonial times Timimoun was known as the last oasis having fresh water for travelers and camels before they journeyed across the Sahara.
It’s taken him almost 50 years since he took that first cross-continental journey and arrived in Kenya in 1970, but he has finally begun building his own Timimoun. 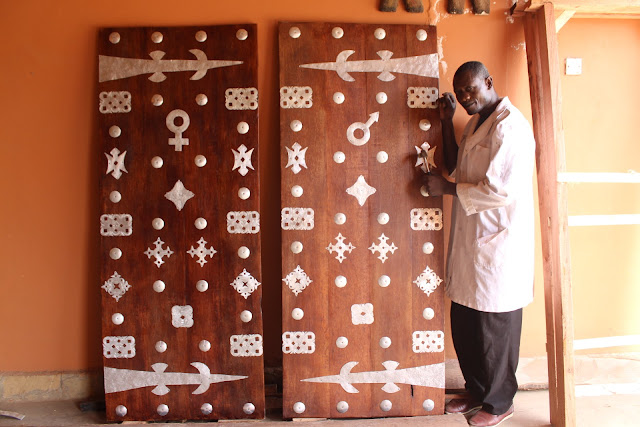 Situated next to his African Heritage House in Mlolongo, he’s been designing what will finally be the Timimoun African Journey Museum for month or possibly even years. But since he began the project, it has taken time just clearing the bush that had grown up during the two years when he was unwell and out of commission.
But all the pruning and clearing of unplanned shrubs, sundry plants and trees has paid off. Now we can see the beautiful house that he built between 1989 and 1994 which features countless elements of pre-colonial African architecture. The same idea of retrieving what he calls ‘the lost architecture of Africa’, (from early civilizations which were once flourishing on lands now known as Burkina Faso, Congo, Mali and Niger among others) will be used in the construction of Timimoun.
But the project might not be complete by March 2020, when Mr Donovan will celebrate 50 years since he first arrived in Kenya. “Timimoun is actually scheduled to officially open in December 2020,” he says, recalling how in 2017 he had previously marked his 50th anniversary of his coming to Africa as an employee of the US State Department, providing food aid during the Biafran war. 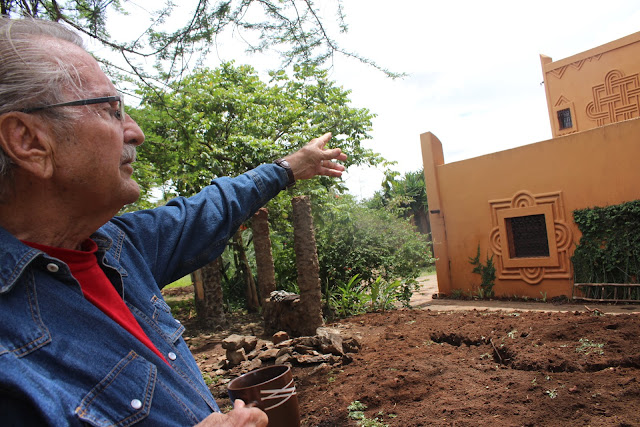 Fortunately, Donovan has finally gone beyond the phase of just dreaming of his own ‘oasis’ overlooking the Nairobi National Park. The land has been cleared and the foundation is about to be laid according to a floor plan that measures 84 feet by 42 ft (or25.6 metres by 12.8 metres). The boundaries of the three- story building have already been dug and the 20 10 ft (3.05 m) stone panels paving the way from the front gate to the site are under construction.
Donovan is also delighted that he has managed to bring back together the Kenyan managers who used to work for him when he co-owned and operated the African Heritage Pan-African Gallery with Kenya’s former Vice President Joseph Murumbi and his wife Sheila from 1972 through 2003. Mr Murumbi passed on in 1990 and his wife a decade later, but Donovan has done all he could to keep the Murumbi legacy alive, assembling all their invaluable Africana collections and seeing them housed in Kenya’s National Archive and Nairobi Gallery. He also ensured that Joe Murumbi’s words be kept alive in the book Donovan helped get published, entitled…. What’s fascinating about the Murumbi-Donovan friendship is that they were both dreamers. The VP had a dream that he had asked Donovan help him fulfill, which was to launch an art gallery in Kenya that had a Pan-African appeal. They did it and now the American lives with much of what he’d collected during the African Heritage heyday. And now, he is fulfilling his own dream of creating a Timimoun that will have a total of 35 ‘show windows’ each of which will highlight aspects of Africa’s cultural heritage. 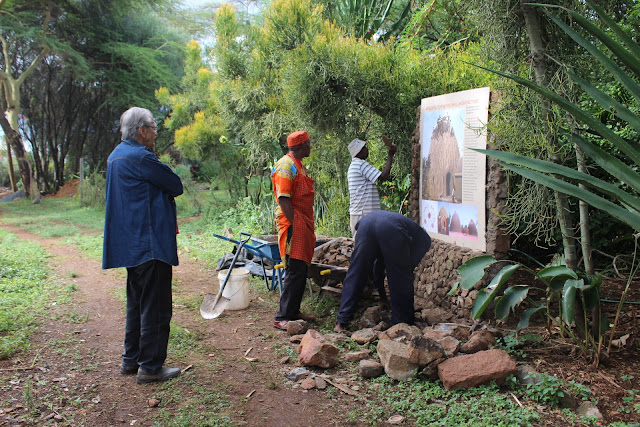 “The second floor will have ten show windows, the majority of which will be devoted to the collections of [photographers] Angela Fisher and Carol Beckwith whose [17] books include the largest [visual] documentation of African rituals and ceremonies ever recorded,” says Donovan. He adds that Timimoun will essentially serve as an archive for all their photographic prints, jewelry and African costumes (mainly of the Tuarag, Fulani and Maasai) as well as their books, such as Africa Adorned, African Ceremonies and others. 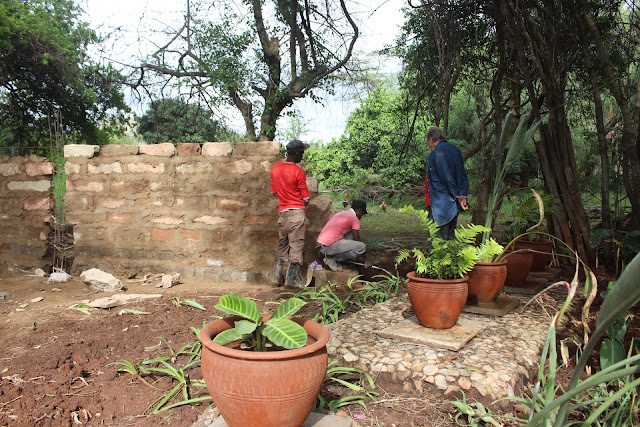 But the Timimoun Museum will also serve as an archive for all that Donovan himself has collected over the years, some of which he will ship back from his American residence. “All of that will occupy a portion of the first floor where there will be 25 show windows,” he says.
The top floor will be for entertainment, he adds. ‘There will be a stage for performing groups and a [small] theatre for watching films and videos.”
For him, it will indeed be a dream come true. 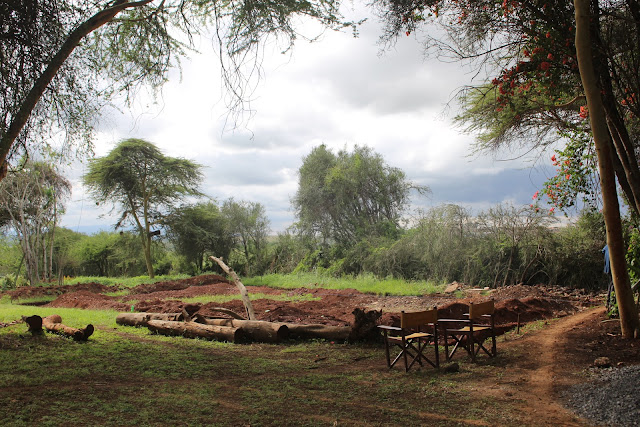 Posted by Margaretta wa Gacheru at 11:27