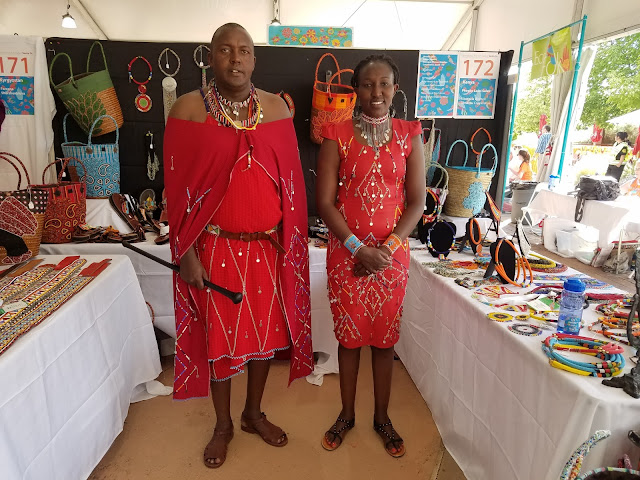 Phoebe Lasoi had been making and selling her beadwork in Nairobi’s City Market for several years before she got the call from her local Chief Nickson Parmisa.
The assistant Chief for Kitengela county wanted to know if she could adapt the traditional Maasai jewelry designs to make them more contemporary and potentially more appealing to an international audience.
The Chief had something specific in mind. He had heard about an invitation to show and sell contemporary Maasai jewelry at the International Folk-Art Market in Santa Fe, New Mexico.
The invitation had come from the Kenya-born filmmaker Iki (aka Kenny) Mann who had recently moved to Santa Fe but still had close ties to Kenya.
“I was born in Athi River and my brother Oscar still lives in Kitengela,” says Iki who started something called ‘Acacia Moyo’: Where Tradition meets Technology’ in 2017 with the idea of assisting the Maasai community in building ‘robust’ and sustainable income-generating activities. She’s been working closely with Chief Nickson ever since. 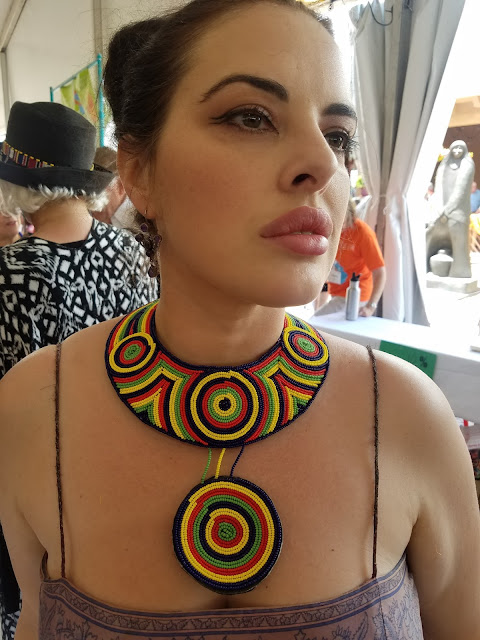 “When I heard about the Folk-Art Market [the largest of its kind], I immediately thought of indigenous Maasai beadwork,” says Iki whose Acacia Moyo was able to bring Phoebe and the Chief to the Market last July.
It turns out, Phoebe who works with several other bead women, including the Olmakan Womens Beading Collective, came to the Market dressed in all her Maasai regalia. So did the Chief. “They were like the King and Queen of the event,” Iki says.
One benefit of their being there, apart from ensuring tremendous sales were made, was that the Market organizers gave Phoebe a three-day training in marketing, branding, pricing and import-export.
“Apart from what we paid the beaders, including the Womens Collective, the rest of the funds raised at the Market went back to the community,” says Iki, adding that Acacia Moyo is now funding four years at Embakasi secondary school for eight Maasai youth, seven girls and one boy. “They were all selected by Chief Nickson who chose among the most impoverished youth in the community,” Iki says. 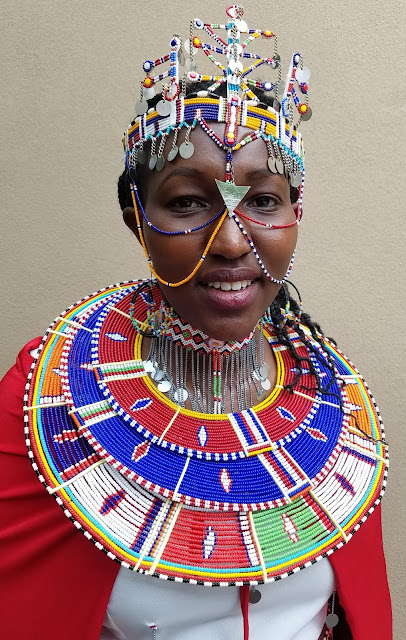 Sensitivity to the plight of the Maasai is the main reason Iki says she founded Acacia Moyo with Anthony Carlson whose also grew up in Kenya while his father worked for the UN. “In recent times, the Maasai have often sold their land when they needed cash. But if they had other means of earning money, they wouldn’t have to sell it,” says Iki who grew up in Athi River near the Kenya Meat Commission, where her veterinary father, Dr Igor Mann first got a job as a meat inspector after arriving in Kenya as a refugee fleeing Nazis in the 1940s.
One of the other projects that Acacia Moyo is about to start with the Chief’s support, is bee-keeping. “Chief Nickson will soon select 30 young Maasai to train with a local beekeeper. He has already allocated land where the 30 can set up hives,” she adds.
The third project Acacia Moyo plans to fund is in agriculture. “There’s a course at the Santa Fe Community College that we want to take two students studying at the Rift Valley Institute of Science and Technology to,” she says. 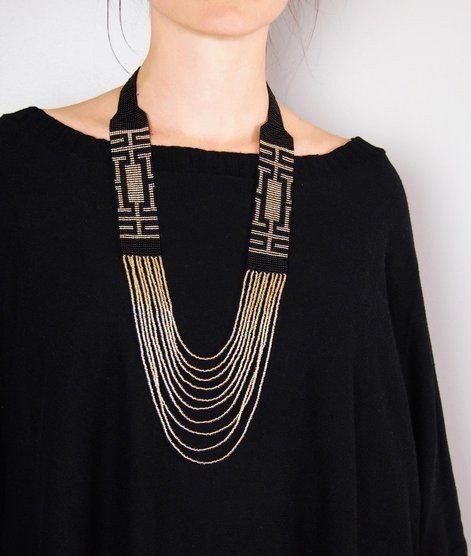 Understanding that historically the Maasai have been nomadic people, they are constrained today after having sold much of their land to people who generally put up fences to keep out Maasais’ cattle.
That is why Iki will attend the 2020 International Folk Art Market with another bead designer. “This time it will be Naomi Teto who will go to Santa Fe in July,” says Iki who adds that Phoebe might already be in the States. In the meantime, all the beaders are creating new designs to sell at the Market. 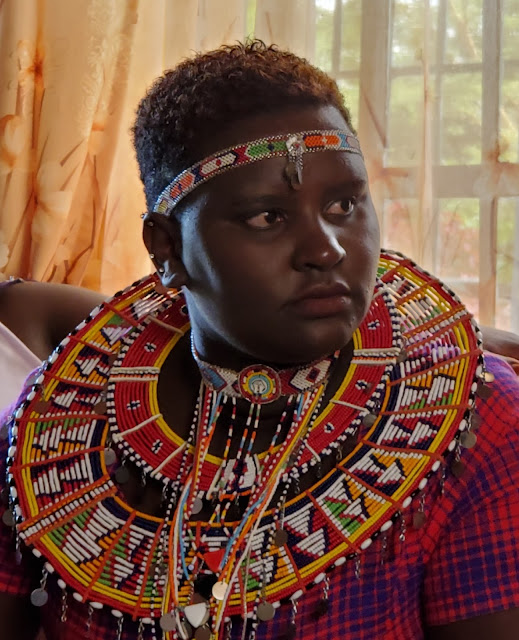 Apparently, many people who come to the market and appreciate folk art have been to Kenya before. “They are often the ones who know traditional Maasai jewelry and especially like our beaders’ new designs,” says Iki who adds that the beaders have not only created new styles of chokers, long necklaces and beaded sandals. They also created beaded bags that all sold out in Santa Fe in 2019.
The money made by all the Market venders first went straight to the Santa Fe managers who in turn kept a close tally on all the sales. “They deducted 10 percent, but Acacia Moyo took home the rest which is being used to promote projects in the Maasai community. 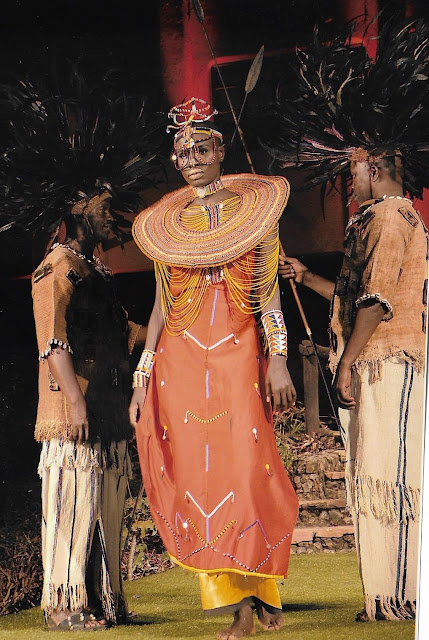 Posted by Margaretta wa Gacheru at 06:24