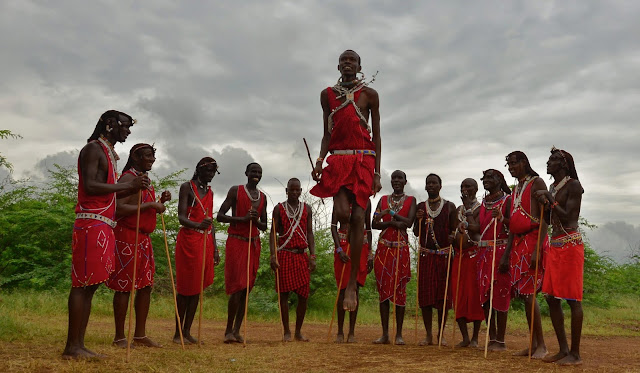 Fernando Anuang’a may be best known as the founding ‘Maasai dancer’ of the dance trio Rare Watts. But that was years ago.
This weekend, he returns to Alliance Francaise, not with two in his team. This Saturday night in the AF garden, he will perform with 45 Maasai dancers, 15 from Magadi, 15 from Amboseli and 15 more from Maasai Mara.
The show, ‘Maasai Footsteps’ will be premiering in bright red suka pageantry that only Fernando could devise.
“I have been dreaming of creating a large Maasai dance company for years,” says the man whose lineage comes not from Maasai but from Western Kenya.
“I grew up in Kitengela so I started doing Maasai dances since primary school,” he says noting that his school used to win at annual Kenya Music Festivals.
It was in the 1990s that Rare Watts took off and performed not only in Kenya, mainly in Nairobi and in hotels at the Coast. They also went to Europe as part of African Heritage’s 11-cities tour and to South Africa as part of AH’s ‘African Renaissance’ showcase. 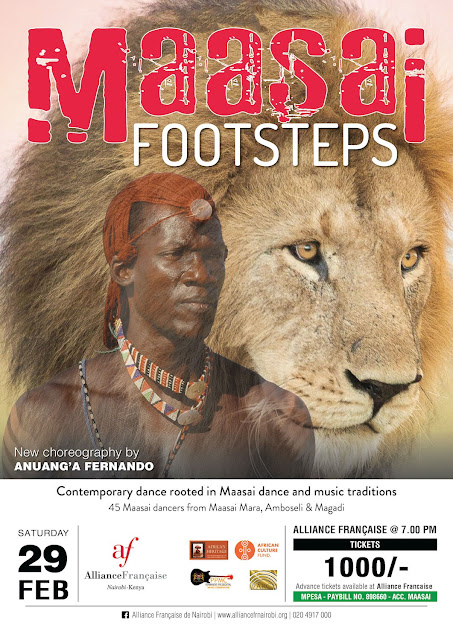 “Rare Watts fell apart in 1998, but I kept dancing. I went to Reunion to perform in a Maasai Festival and to the Seychelles after we reunited briefly to dance in hotels from one end of the island to the other,” says Fernando who went solo from late 2000 up until 2007 when he created his first Maasai dance troupe (after Rare Watts) with seven Maasai morans from Magadi.
Calling themselves the Maasai Vocal Dance Group (due to the deep guttural sounds that moran dancers make), Fernando recalls that their first performances were in 2008 in Nairobi, at The GoDown and Alliance Francaise. After that, they went on tour around central and southern Africa as well as to Morocco and Algeria.
But the incentive that spurred him to revive a new Maasai dance troupe happened earlier in 2007 when he was living in France with his French wife Patricia.
“I got the opportunity to meet the [acclaimed] French choreographer, Angelin Preljocaj who invited me to do a residence at Pavillon Noir (Choreography Centre) in Aix-en-Provence. That experience opened my eyes to appreciate both contemporary dance and improvisation,” says Fernando.
At the end of his residency, he had to give three performance of the original dance that he’d created during his days at Pavillon Noir. His ‘Journey into the Future’ was well received. But he’d been inspired by Angelin’s ‘Ballet Preljocaj’ and now wanted to start his own company based on his Maasai dance roots. 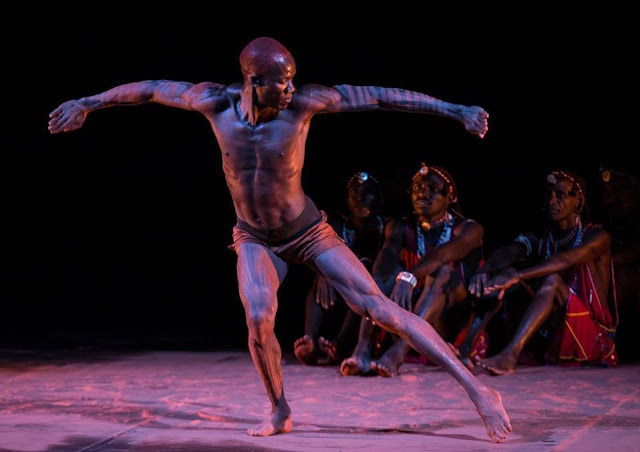 His Maasai Vocal Group tours were a big success. But as they weren’t full-time, when he wasn’t touring with them, he went back to France where a friend invited him to perform at the newly-renovated castle in the South of France owned by the French philosopher Pierre Teilhard du Chardin.
“That is where I met both the French Minster of Culture Jack Lang and Pierre Chardin. That was in 2014 when I performed ‘The Traditional Future’,” says Fernando.
Both men were impressed with this Kenyan who was already in his thirties but still looked 22. “Jack Lang invited me to perform my dance at the Museum of African Art (Musee de Quai Branly) at its Claude Levi-Strauss Theatre,” he says, remembering what a huge honor that was.
But as he had already met with Chardin and proposed that he be given a residency at the great philosopher’s magnificent ‘Espace Pierre Carden’ also known as ‘Theatre de la ville de Paris’, he proceeded straight to Paris.
That residency lasted two months after which Fernando felt confident to give solo performances across Europe (in France, Sweden and Iceland) as well as in Costa Rico in Central America and Japan. 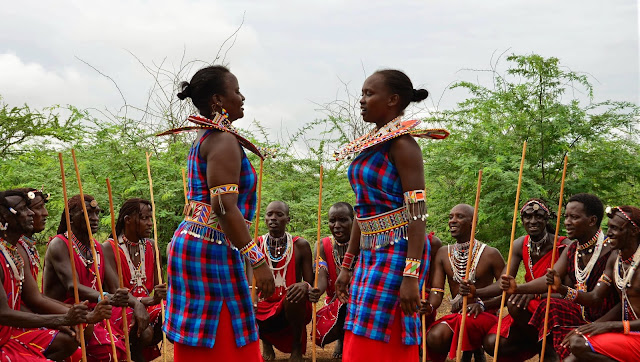 Coincidentally, he was contacted by an Irish filmmaker named Steve Woods who found him online and wanted to make movies with him. “The first one that we made was a short film called ‘Keeping Time’ and the current one is a documentary that he is now making called ‘The Making of ‘Maasai Footsteps’,” says Fernando.
Woods was there and filming while he was auditioning Maasai morans in Maasai Mara, Amboseli and Magadi. He had already left for Ireland when Fernando reunited Rare Watts and his Maasai Vocal Dance group to perform at African Heritage House for the African Twilight Gala last March.
But Woods will be there Saturday night when Fernando’s ‘Maasai Footsteps’ premieres at Alliance Francaise. It’s a performance you won’t want to miss.


Posted by Margaretta wa Gacheru at 09:15