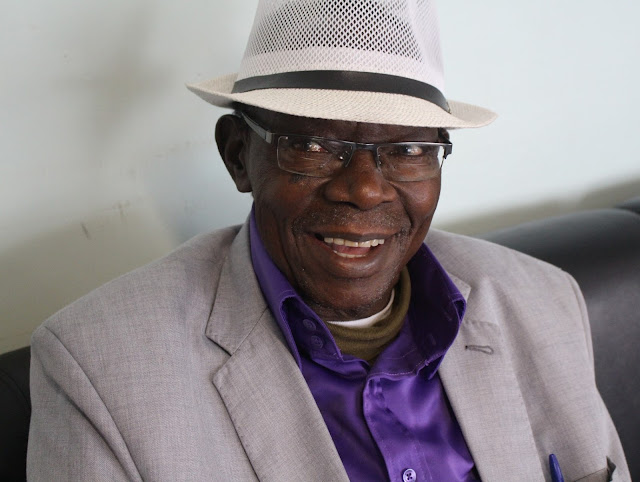 David Mulwa turns 75 on April 9 this year, which technically means he has to retire from more than 40 years of teaching theatre in Kenya. But anyone who has seen him perform in scores of local sit-coms, films or countless live performances everywhere from Kenyatta University, Kenya National Theatre or University of Nairobi will know he’s not only a great prof. He’s also a brilliant actor and director who has given his heart and soul to theatre.
The one thing Mulwa will never retire from is storytelling as I discovered last week when we met outside his office. His life is like a gold mine of fascinating tales, some of which are in his published novels and plays. But they begin with his earliest memories of a father who, as a church pastor, was witty and charismatic just as his son would grow up to be.
“He had a wonderful sense of humor,” says Mulwa recalling how expressive his father’s sermon were. 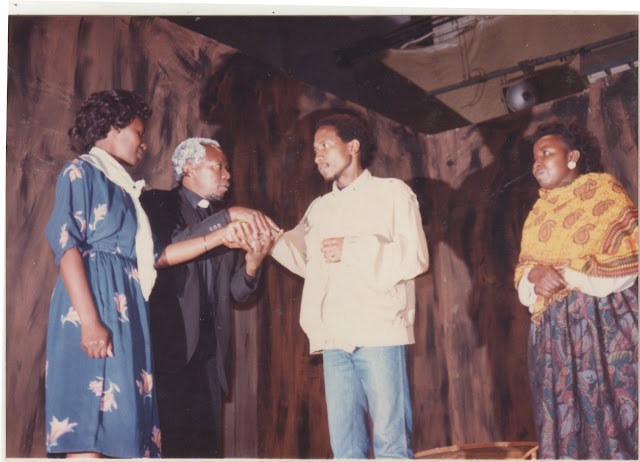 Believing he got his taste for theatre from his father, he first went on stage at age seven and has been wedded to it ever since.
“I was very short, but as ‘the battered traveler’ in ‘The Good Samaritan’, I had to get up onto the back of a very big boy who played the donkey,” he recalls. “I was in Kiongwani Primary and I really struggled to get up there, but once I did, I never wanted to come down.”
It’s that passion for theatre that took Mulwa all the way from Kiongwani Primary to Machakos Boys and Alliance all the way to Nairobi University, UCLA in US and over to Kenyatta University where he’s been lecturing, performing and inspiring future thespians ever since.
His genius for theatre was spotted at UoN where his professors included Ngugi wa Thiong’o, Taban lo Liong and the last batch of European lecturers. It was Taban who encouraged him to go for the Rockefellor Foundation scholarship and then to UCLA which was said to be the best drama school in the USA. 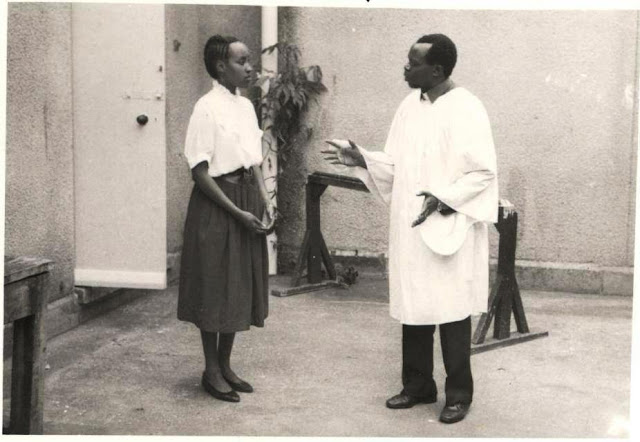 David Mulwa in an early performance

That’s exactly what he did, but UCLA in 1970 was no easy ride. “It took some time, but I soon realized I knew nothing about theatre,” he says in all humility. Back home, he had written countless plays and performed in just as many productions. But he says his past experience paled by comparison to what he learned from taking courses in acting, directing, playwrighting and producing at UCLA.
Returning home with a master’s degree in theatre in 1973, he was stunned when the best teaching offer he got from Ngugi at UoN was assistant lecturer. He admits pride led him to reject the offer and eventually get a job developing musical theatre at the newly established Bomas of Kenya.
“I went to work at Bomas, creating short scripts, one based on Luo drinking parties, another on Kikuyu circumcision and another centered around a Giriama wedding. Working closely with choreographer john Mathenge, his first production was the Luo one. It was attended by the then Minister of Social Services Mathews Ogutu who loved the production so much, he jumped onto the stage and joined the elders in ‘drinking’ the local brew. “The show was a great success and confirmed my getting the job at Bomas,” he says. 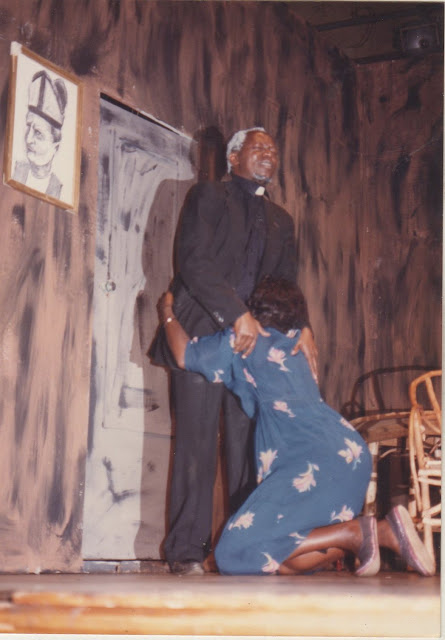 Mulwa playing the Pastor in Redemption

Now humbled, Mulwa moved to Kenyatta University in 1974 where he accepted the same position he’d been offered by Ngugi, assistant lecturer. Eventually he would become Director of KU’s new Performing and Creative Arts Centre up until 1995.
Those were transformative years in Kenyan theatre despite the late President Moi’s clamping down and even banning plays like Ngugi’s ‘I’ll marry when I want.’
One of his most memorable performances was in the 90s when he played the lead in his friend Francis Imbuga’s ‘The Successor’ and fell down eight feet backstage just before the show’s opening. He didn’t see the hazardous hole since one light was burnt out. Mulwa broke his leg badly, but he refused to cancel the show. Instead, he got a big stick and proceeded to give a brilliant performance before an ambulance took him to hospital. 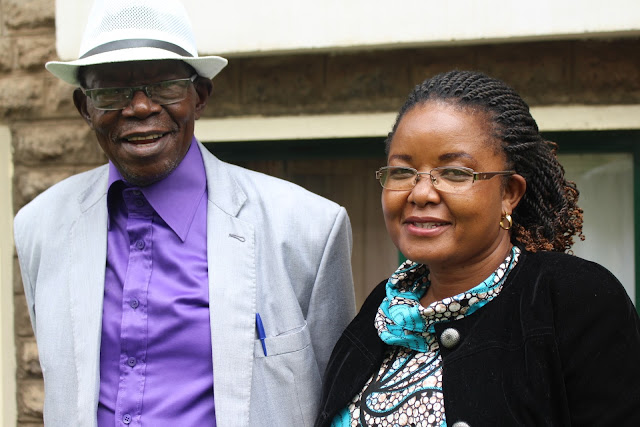 “The one thing I will miss [from teaching] are my students. There is nothing better than being around youth who are passionate and full of life.”
They undoubtedly will miss him too. But he plans to keep on writing novels and plays like ‘Redemption and ‘Inheritance’ which was just made a set text by the Institute of Curriculum Development.

Posted by Margaretta wa Gacheru at 06:11