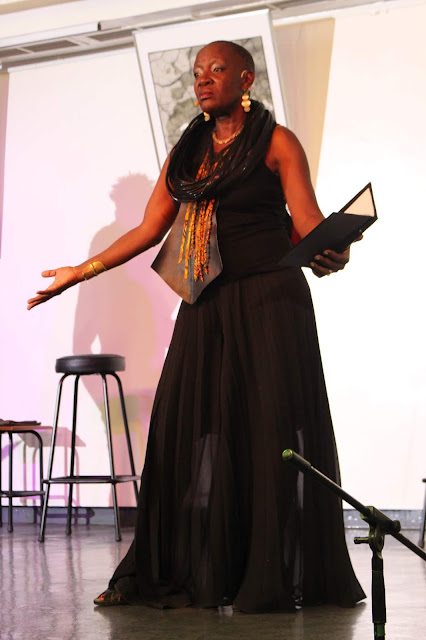 Sitawa Nambalie performed her poem ‘Taking my father home’ last Friday night at Paul Onditi’s Kwa Wangwana Restaurant and Wine Garden. I had heard her perform that poem before, but this time it was very different.
I had never heard it shaped as part of a story before and never with such a lovely and lyrical Kiluhya lilt that it verged on becoming a musical.
The musical interludes and percussive background sounds, performed by Nasambu Barasa and Samuel Mbaluka, enhanced Sitawa’s poetry so well that her performance could be called an ensemble piece rather than a solo show. 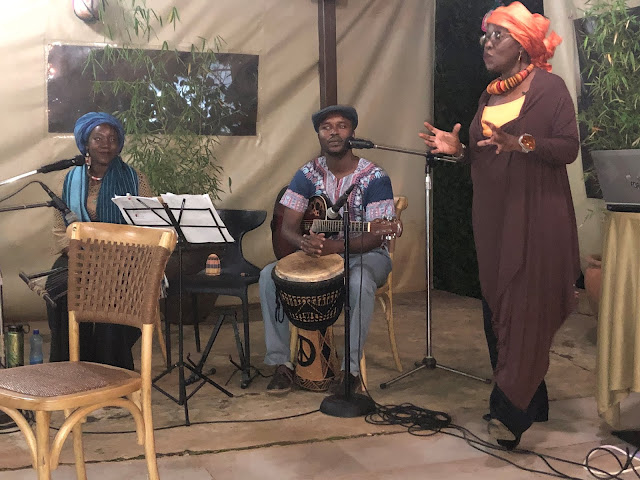 Sitawa with musicians Nasambu and Sam

Sitawa’s director Wanjiku Mwawuganga also had something significant to do with revising the show’s poetic format. Together with Sitawa, they found a fine, transparent thread to interweave her poetry into a tapestry of thoughts about identity and self-awareness and reconnecting one’s soul with her cultural ancestry.
It was the wisdom and wit of her grandmother, conveyed in the hilarious (and cryptic) poem, ‘A woman’s Body parts’ that gave the clearest hint in Part one as to where Sitawa’s story would go in Part 2. The granny was emphatic that a woman must gain the ability “to reattach her body parts [whenever] they fall apart.” 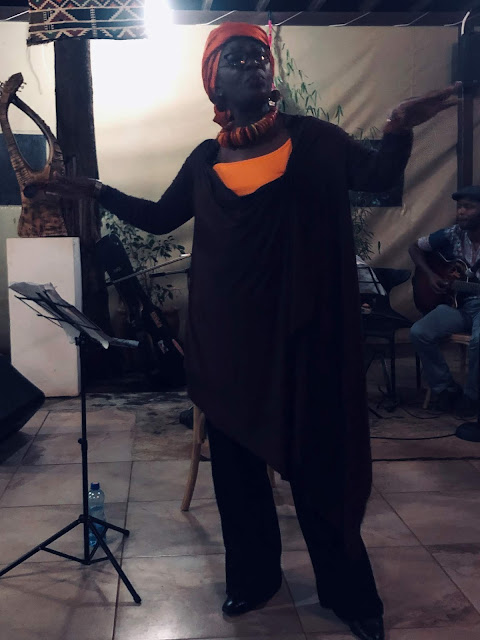 One could spend the rest of the night trying to figure out what that riddle meant. Perhaps it was a warning against the issue Achebe addressed in ‘Things Fall Apart’. The easiest way to fall apart psychologically and socially is to lose touch with your ‘body parts’ meaning your family ties and cultural bonds.
That sense of loss came through in Sitawa’s first poem, the ‘Red Suede Mules’ when she loses one of the mules (or shoes) given to her by her dad. The fancy red suede mule must be a symbol of something just as alien to her upbringing as was her own cosmopolitan bourgeois style of life.
In Part one of her poetic story, that style has grown cynical as when she mocks the man who naively thinks of her as his ‘First Love’. Her third poem, ‘Lost Love’ takes that cynicism to a callousness that vows to never let anyone come close enough to break her heart.
But it’s poem number four in Part one that turns the tide. That’s when Granny’s wisdom challenges her to regain the flexibility and resilience to always know how to return what’s essential to where it belongs. What could be more essential than one’s body parts? 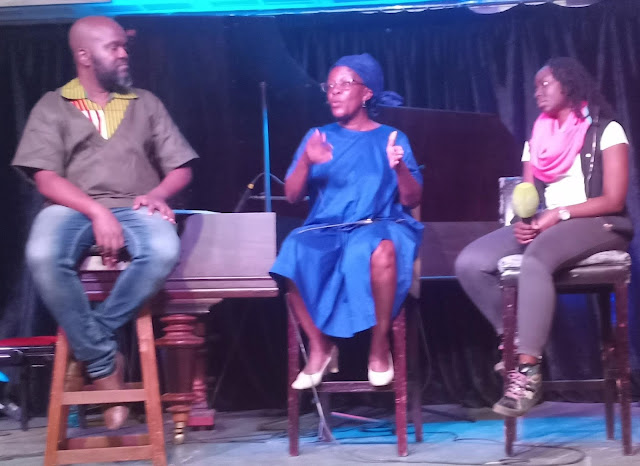 Sitawa with James Murua and Athieno at Goethe Institute

It’s in Part Two that the tone of the story shifts. Now she’s finally taking her father home and she’s reflecting on who she is and what she had become.
She realizes she had become an ‘exotic bird’ which is how her rural family must have seen her. But then the soothing ‘River Lusumu Takes Us Home’ as it cleanses her soul and enables her to feel the strength of her ancestors who are also coming to welcome him into the next world.
The ancestors have been alien to her in her previous city life where nobody believes in ‘ghosts’ or other superstitions.
But the daughter cannot deny that the ancestors speak to her through the river. They are joyful that she has brought him ‘home’. It’s their song that we can assume Nasambu is singing at the end of the show since the poet lastly hears their voices which implicitly are welcoming her home as well. 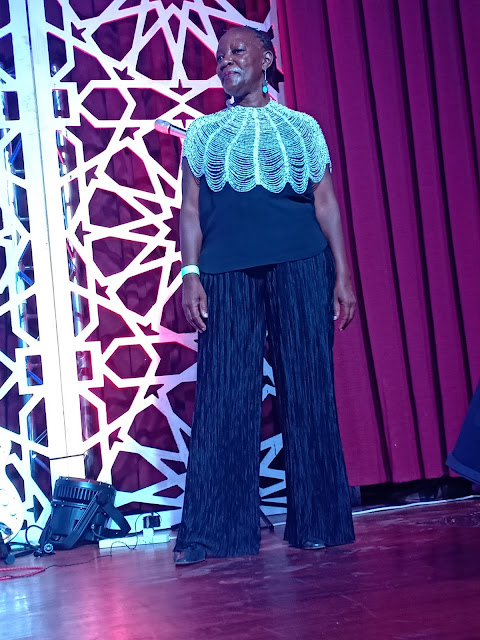 In the past, Kwa Wangwana has hosted visual art exhibits and one evening of poetry with John Sibi-Okumu. But Sitawa’s is the first theatrical event as Onditi’s wine Garden. We hope he will have many more


Posted by Margaretta wa Gacheru at 06:26