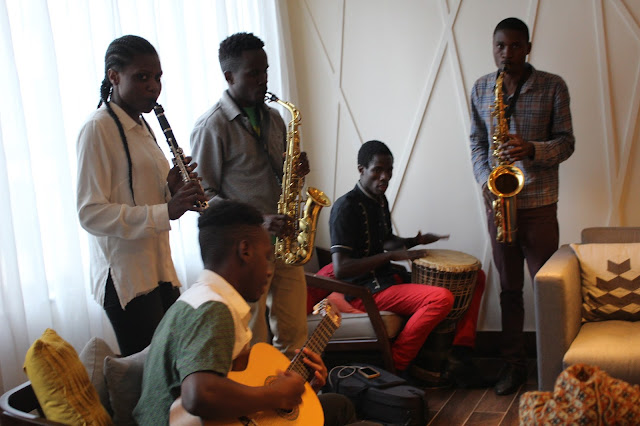 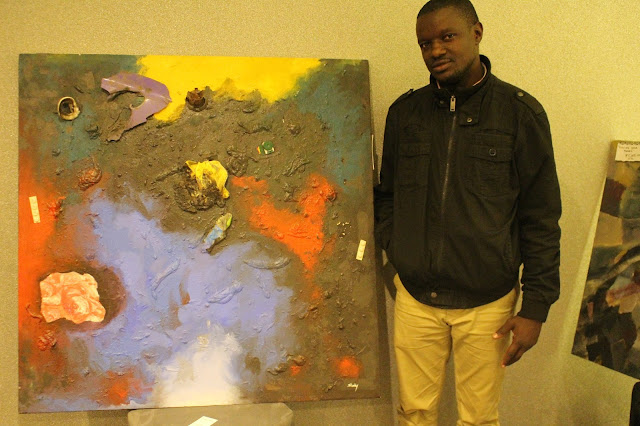 Kenyan corporate leaders need to take a page out of Charles Murito’s play book. The Google Kenya CEO is a major supporter of contemporary Kenyan art and artists.
Murito’s method of support is unprecedented. It began more than three years ago when he invited a few local artists to come to his brand new unfurnished flat and bring their best works to show to some of his influential Kenyan friends.
Artists like Patrick Mukabi, Adrian Nduma, Patrick Kinuthia and several others showed up that first Saturday as did a number of Murito’s art-loving friends. 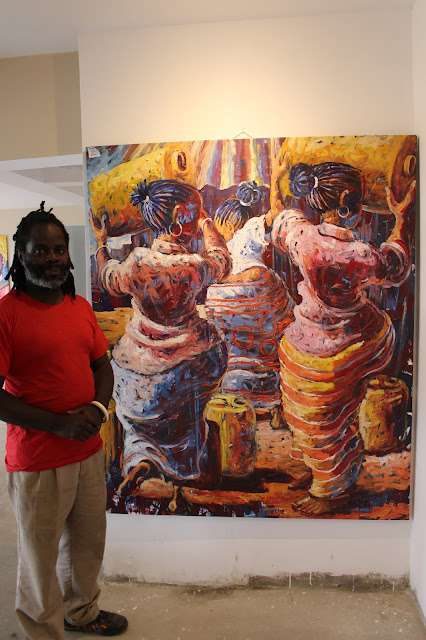 The chemistry clicked from the start and very soon, artists were clamoring to come meet local art enthusiasts, many of whom were just discovering the wonders of contemporary Kenyan art.
But what made Murito’s model of support so unique was that while he was essentially setting up a ‘Pop-Up’ exhibition space for young artists, he wasn’t asking a penny or a percentage as a commission from any of them. 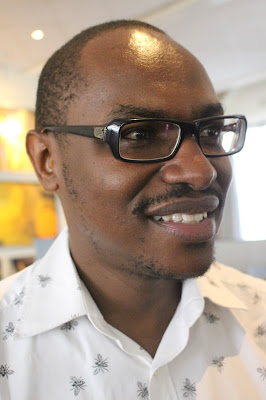 Soon enough Murito needed to move into his new flat. But rather than bring his artistic experiment to a halt, he enlisted the management of Dusit D2 Hotel and asked if they’d provide a rent-free venue once a month for the artists. Dusit loved the idea. And so, on the last Saturday of every month, artists flock to the D2.
Prospective exhibitors were initially vetted by Murito, but he quickly handed over his de facto curatorial powers to Adrian Nduma, (a former banker turned fulltime artist).
“It isn’t I who looks for the exhibitors,” Adrian told BD. “It is they who contact me and I do the vetting although Charles has the final say.”
Initially, Dusit opened up its ground floor conference hall to the artists, but they have since moved up one floor.
“Our new exhibition area is actually better since we have a more spacious arrangement,” Adrian says, noting that normally between four and eight artists exhibit each mouth. That was the case this past Saturday when works by Wallace Juma, the Manjano 2018 award-winning artist, were displayed alongside paintings by Samuel Githui, Kathy Katuti, Waweru Gichuhi, Mark Kassi, Stanley Cheche and Sawe.
Every month there are new faces; there are a few returning faces as well. In any case, Adrian says he likes to have a good mix such as we saw last weekend.
There was collage and acrylic by Juma, multimedia (include a shoe or two glued onto his canvas) by Cheche, nudes by Waweru, portraiture by Sawe and semi-abstract wildlife by Kassi. 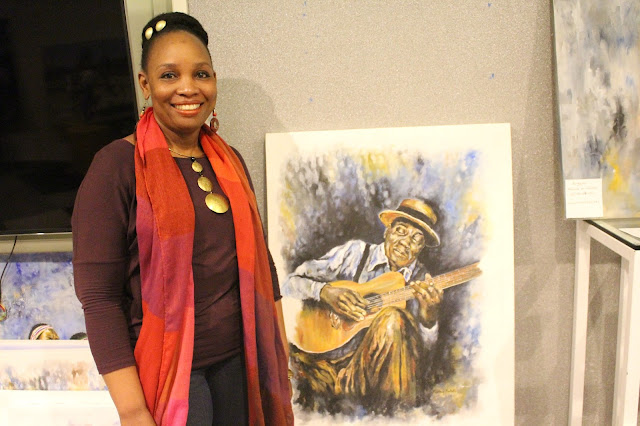 In an adjacent space, junk art Jewelry was on display by Evans Ngure and Faith Waithaka. Photographer Eric Gitonga also comes to D2 both to take photos and display his incredible insect art.
And just beyond the jewelry, there’s an area for children’s art classes. Initially started by Patrick Mukabi, they’re now run by several artists who Mukabi’s mentored at Dust Depo Art Studio.
Finally, Adrian’s latest innovation for the monthly Pop-Ups is live music. “I was introduced to ‘Heritage Music’ by a friend, and after hearing them perform, I introduced the idea of their playing at our Pop-Ups to Charles. He was open to the plan,” says Adrian who invited BD Life to listen to these five young musicians from Korogocho. 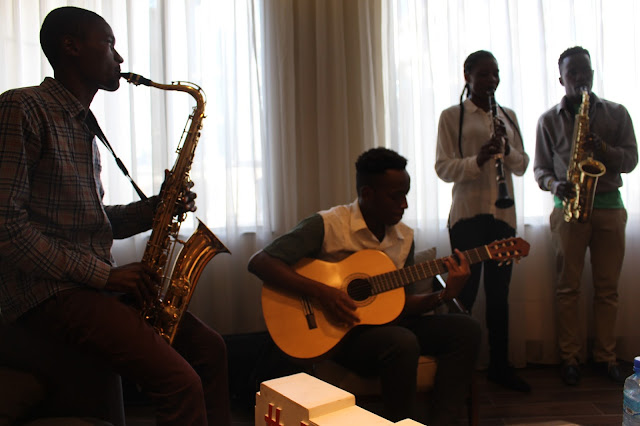 “We were all trained at ‘Ghetto Classics’ [music school],” says Erick Ochieng who plays Alto Saxophone next to his Tenor Sax player Joseph Omondi.
The others in the group are Celine Akumu on clarinet, Peter Maina on guitar and Kevin Obara on drums. 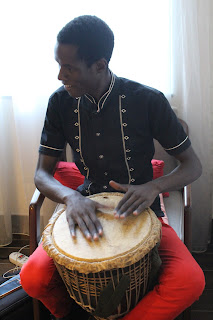 As the group planned to play several sets that afternoon, visitors could simultaneously listen to them play and also view the art on display. In both genres, the artists were on hand to talk about their work and meet visitors. So just as another musical set began, Ugandan artist Mark Kassi was explaining how his art had evolved since the last time he exhibited in Nairobi at Village Market. 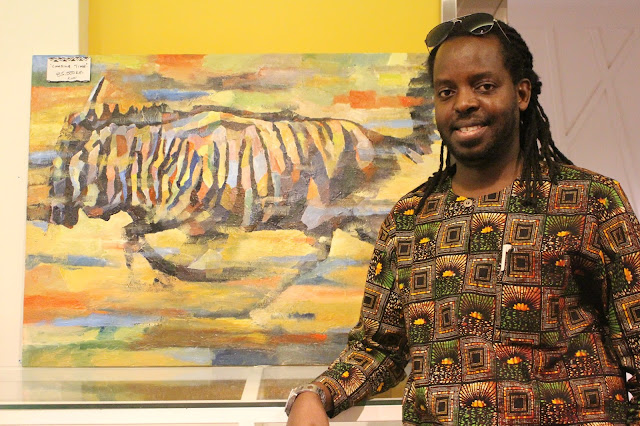 Heritage Music’s sound is mellow soft jazz. Or at least last Saturday’s sound was like that. But the group’s musical versatility and virtuosity was also clear so one hopes they will come back to perform in months to come.
“Artists contact us before every pop-up show. But as we aim to maintain high standards, it isn’t everyone who asks that gets to exhibit at Dusit,” says Adrian. 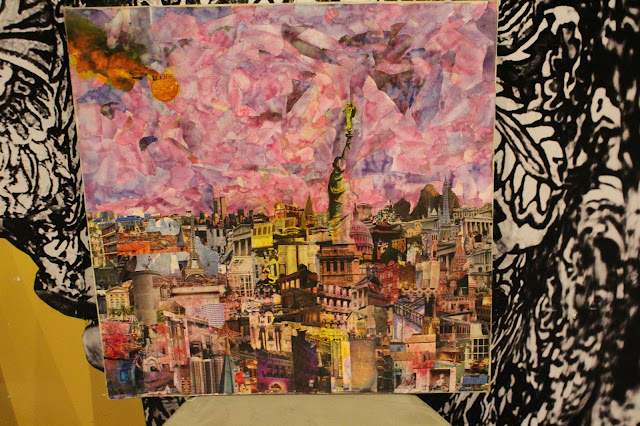 At the same time, many young, up and coming artists like Katana Sanna and others have made their debuts in the Nairobi art world at the Dusit as part of the Pop-Up show.

Posted by Margaretta wa Gacheru at 02:54