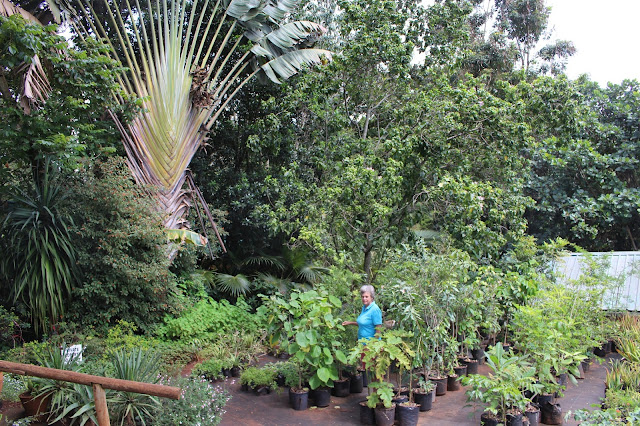 Celia Hardy in one of her nurseries at Plants Galore

Plants Galore has only been up and running in Runda since 2009. But Celia Hardy has been propagating plants practically all her life. And while she doesn’t consider herself a ‘green thumb’, she is definitely an ‘outdoor woman’.
“I studied interior design in college [in UK], but I wasn’t happy with that line of work. So the moment I came home to Kenya, I got a job working outdoors as a landscape gardener [at the Roselyn River Garden Centre]. And I’ve been working outdoors ever since,” says Celia. 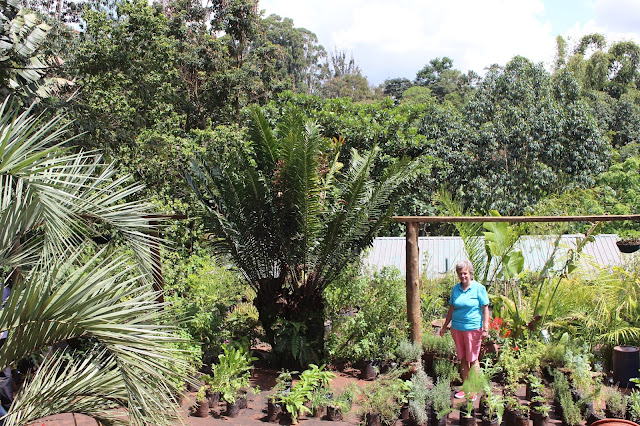 Coming from a long line of farmers and fine artists, Celia is actually a third generation Kenyan. “My great, great-grandfather was the president of the Royal Academy of Arts [in London]. It was his son, my great grandfather who first came to Kenya in 1908,” she recalls.
But he didn’t come to farm; he came to paint the landscape and the animals. “It was his son, my grandfather who decided to remain behind and buy land in Nanyuki, which is where I was born,” she adds.
It was Celia’s mother who taught her to love watching plants grow. “She grew everything in her garden. And from the time I could walk I was there watching the way she grew vegetables, herbs and lots of fruits,” she recalls. “She grew peaches, apples and raspberries which I’d come help her harvest over school holidays.”
Her mother was also a small scale business woman, selling her fresh fruits and vegetables which she’d personally deliver to Nanyuki town. So early on, Celia was also seeing how a woman could be both a farmer and successful business woman. (Incidentally, her 87 year old mum is still tending her garden and taking her fresh foods to town.) 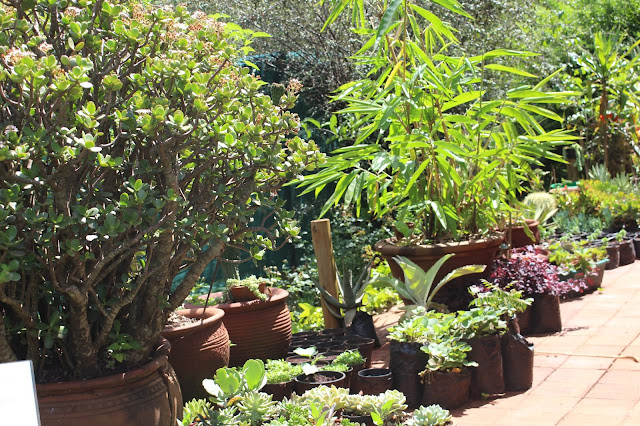 But the logistics of landscape gardening is something Celia says she learned on-the-job with Paul Mackenzie who owned the Roselyn River Garden Centre.
“I worked for Paul for 10 years,” says Celia who then spent time with her family in Tanzania.
But once she returned to Kenya, she opened Roses Galore, which became the precursor to Plants Galore.
“Roses Galore still exists, but originally I operated it out of the flat where I lived in Muthaiga,” says Celia whose gardening service was employing over 100 gardeners at its peak. Currently, she’s down to around 45 who work on a day by day basis. Mostly their activities involve maintaining people’s gardens, doing everything from weeding and watering to tending private nurseries and cleaning people’s pools and ponds.
Celia says that even now, a portion of her own time is involved with maintaining people’s gardens. But there’s a whole lot more that she does since she set up Plants Galore with her partner Barry Cameron. 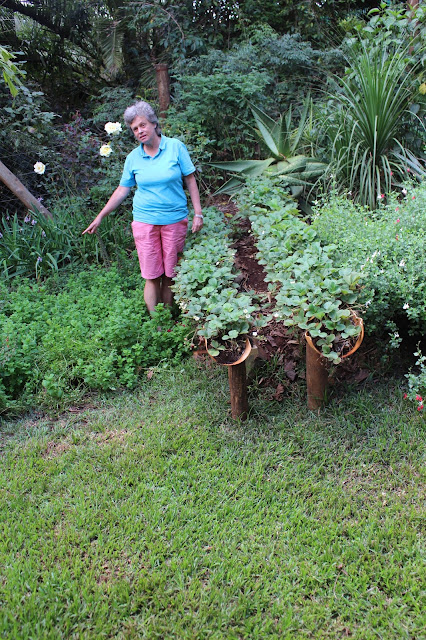 “Barry and I met through the Kenya Horticultural Society, and since we shared so many common interests, we decided to start our own plant centre,” says Celia.
Recalling how they used to drive up and down Limuru Road hoping to find land in the vicinity, they eventually did. And now, their Garden Centre is just behind the Roselyn Riviera Mall.
Describing herself as Garden Galore’s ‘Chief Shamba Girl’ and Barry as a retired Engineer and Gardener-hobbyist, Celia is actually the Centre’s Managing Director. 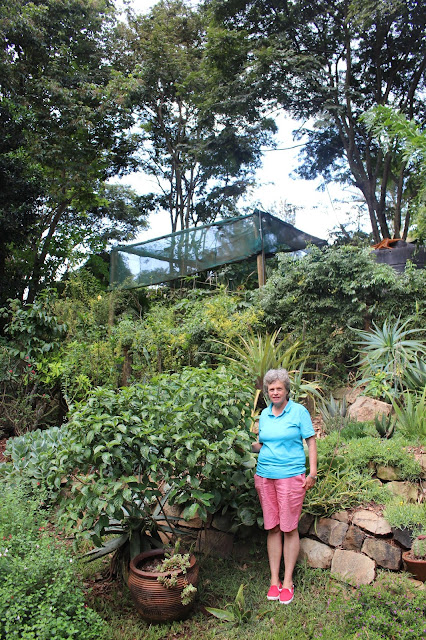 “But I don’t like describing myself in those [fancy] terms,” says a woman who prefers gum boots and muddy rainy days to stiletto heels and glamorous evening gowns.

It’s just that sort of humility and down-to-earth style of horticultural expertise that makes Celia and Barry’s business so successful. For Plants Galore is not only a magical marketplace for a vast variety of plants. It’s also a place where people from all walks of life – all classes, colors and creeds – come for counseling about what’s best to plant in their garden.
Nonetheless, Celia has gotten slightly cautious about sharing her knowledge freely with visitors who come to the Centre simply to chat. “We’ve even had to put up a sign that says ‘no photographs’ since some people take our ideas,  but then go out and get their plants from roadside gardeners whose prices are often higher than our own,” Celia says. 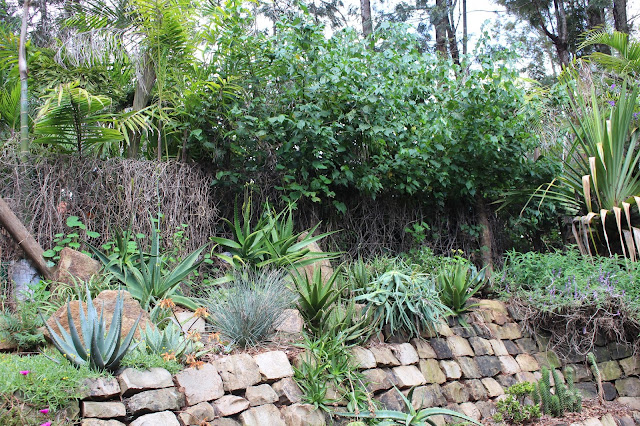 Nonetheless, both Celia and Barry’s knowledge of plants can’t be compared to just about anyone else in Kenya. For not only has she been in the business of gardening practically all her life. Her partner Barry Cameron is the one who actually compiled the encyclopedic ‘Gardening in East Africa’ for Kenya Horticultural Society. 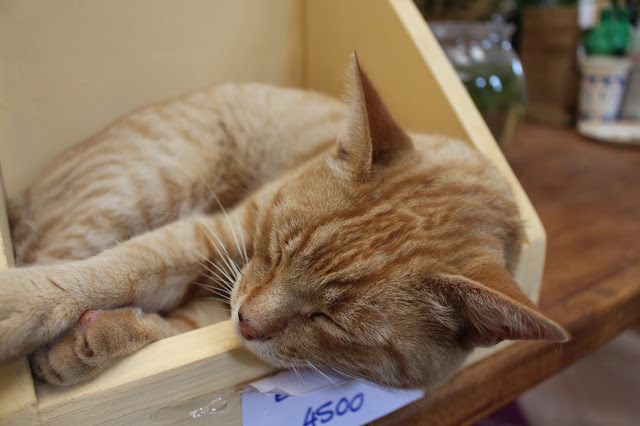