CLASSIC CARS CAN BE EXCELLENT INVESTMENTS 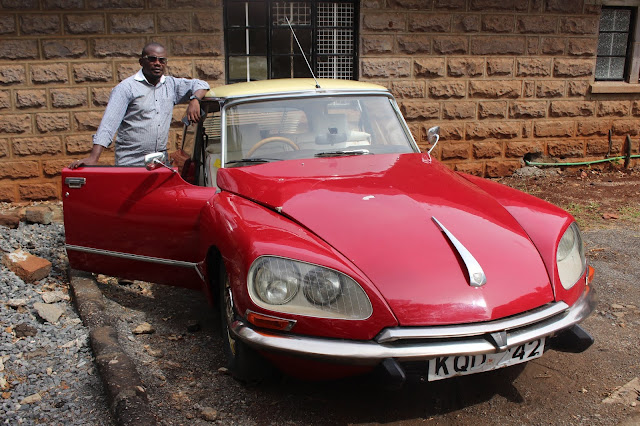 Paul Onditi has always had a passion for classic cars, particularly Citrons. Yet he didn’t know at the outset that vintage cars would have tremendous investment potential, nor that his passion would eventually lead to his owning a corral-ful of classic cars.
“It’s a life-long story,” says the well-known Kenyan artist whose interest in vintage cars isn’t widely known among his peers in the local art world. Yet he doesn’t see his love for classics and passion for painting as conflicting passtimes.
Owning a Citron is what he calls “a childhood dream” even though he didn’t see many classic vehicles while growing up in Kendu Bay in Nyanza County. 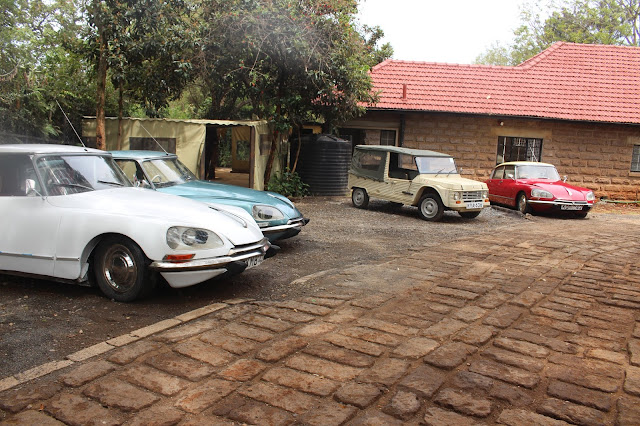 “But Tom Mboya had a Citron,” he says while seated in one of his latest projects, the Kwa Wangwana Restaurant and Wine Garden, which is situated in a leafy suburb of Nairobi. “I never saw him drive it since he died before I was born. But his wife used to pass by our place in their Citron on her way to Rusinga,” where the Mboya’s used to live.
There were several others in his neighborhood who had a Citron, a car whose futuristic features also appealed to the young Onditi.
“As early as the 1950s, Citrons had power steering which only Mercedes and Volvos had,” says the artist-restauranteur who currently owns ten Citrons.
He also owns one 1998 Mercedes W140, a Saab 900 Turbo and a 1998 Volkswagon Kombi. Thirteen in all! But his heart will always belong to the Citron (along with his wife Christine and his offspring). 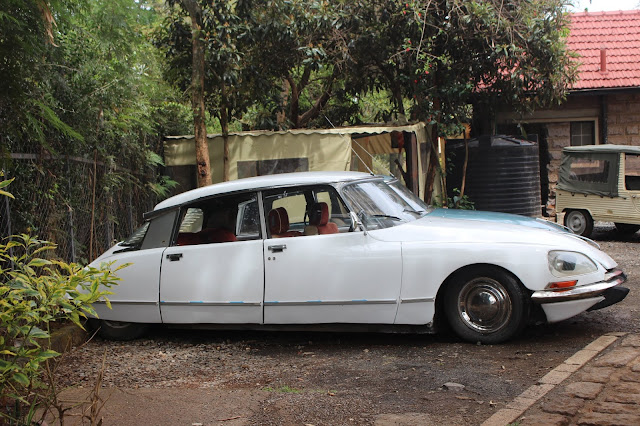 One other reason for his devotion to the Citron is its futuristic style of ‘sleeping’ whenever the car is turned off and the back end of the body ‘collapses’, hiding the rear wheels. Then when the vehicle is started up again, it immediately ‘wakes up’ as if it was coming to attention and the driver was royalty or a dignitary of some sort.
But Onditi didn’t start collecting classic cars in his youth. Nor is it a hobby that he recommends everyone with money should seriously consider taking up.
‘But if you’re prepared to do the research and keep your eye on the market, collecting vintage cars can be a good way to invest,” he says, cautioning that it isn’t wise to just go out and buy old cars.
“You should only buy a vehicle that won’t depreciate. If you buy a classic, you may have to wait a few years, but if you’re patient it’s bound to appreciate significantly.”
For example, he says that Land Rovers will soon be going out of production, which is bound to mean that after some years they will accrue in value substantially. The implication being that even if you have an old rusty Land Rover, you’d be wise not to sell it. And if you see one on the market, it might make sense to snap it up right away.
Not so with a Toyota, he remarks, since its value is bound to diminish after five years.
Onditi admits the vintage car market is a niche market. “It may be small, but you can be sure the demand is there, so long as you have the [right] commodity,” says this wise man who hasn’t yet reached the age of 40. 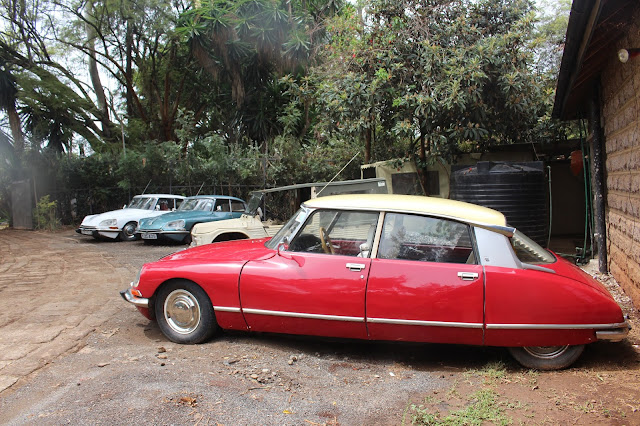 The challenge is to know which ‘commodities’ are most marketable. And that is where research comes in. “You have to know the history of your vehicle to know if it’s a classic or not.”
For instance, Onditi bought a rusty old Volkswagon Kombi with 21 windows that most people would consider “scrap metal”. But he knew better. He’d done his research and paid Sh200,000 for it a few years back.
“Even before it was restored, I was offered Sh1.2 million for it. And now it’s selling for Sh3 million online,” he adds. 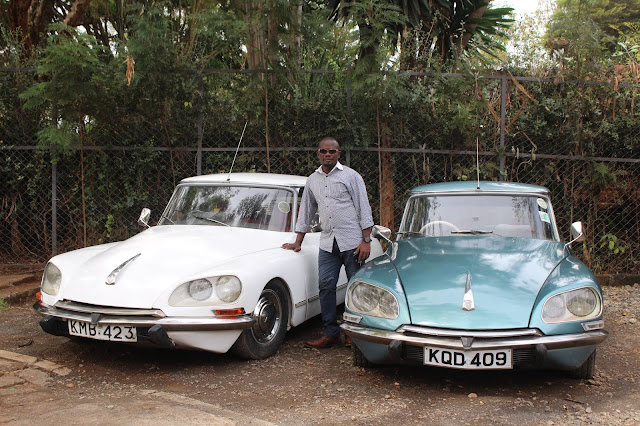 The very first classic car that Onditi could afford was the Citron DS 21 that he bought for Sh150,000. He was still living in Germany at the time, having gone there to be with his future wife and to attend art school at Hochschule fur Gestaltung in Offenbach am Main. But he had returned to Kenya for a visit in 2006. That’s when he took the leap and fulfilled his dream for the first time.
“I had to buy it in installments. Fortunately, the owner was my friend. I even left the car with him while I was away,” he recalls. When he was able, he ultimately invested Sh1 million to restore the car. “But I have already been offered Sh3.5 million for it by someone who wants it badly.” 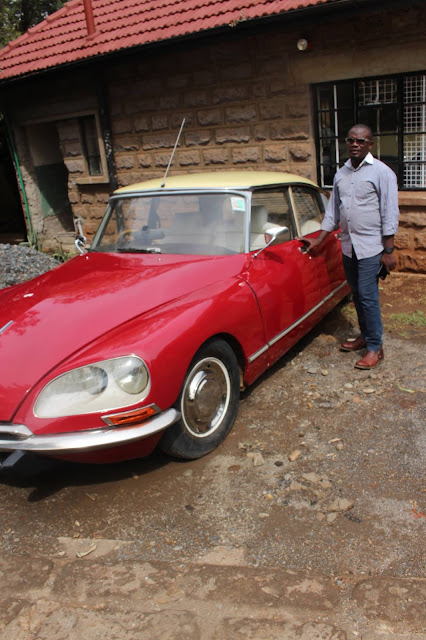 Onditi doesn’t buy his cars all at once. Nor does he repair them straight away although he has one mechanic who works for him full-time and only does body work, meaning panel beating and painting. He also has a mechanic who fixes engines and other internal issues, but he only works when he’s called.
“I can handle minor repairs myself,” he says, although he admits driving his classic cars, while being one of his greatest delights, can also be difficult.
“Sometimes the car will break down in the middle of the road, and if it’s a Citron, it can’t be easily moved,” he says. But leaving the car where it ‘died’ can elicit rude comments from other drivers who have no patience for a man with ‘dirty hands’ driving an ‘old car’. 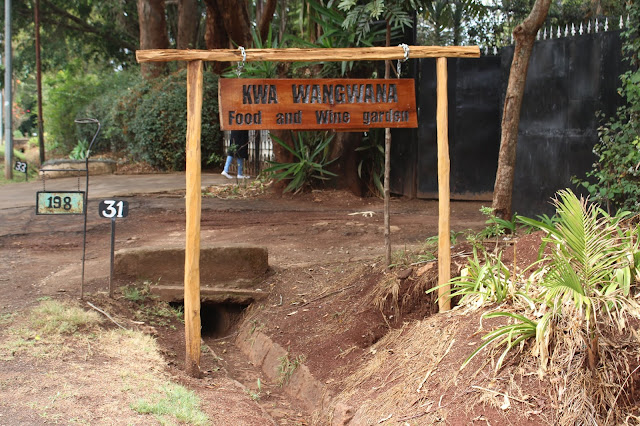 “Most of them don’t know the value of these classic cars,” says Onditi who has scathing remarks for the so-called ‘tenderpreneurs who can’t even change a tire but measure a man’s worth by the kind of trendy new car he’s got.
One may well ask how Onditi the artist can afford to own 13 classic cars, three of which are in working order and which he can often be seen driving around town.
First of all, he says he never buys a car without first researching its history and considering its investment value. “I don’t just buy a car with the idea of keeping it forever,” he says.
One reason for that is he has to repay the bank loans he gets in order to buy most of his cars. That’s to say, taking up the sport of buying and selling vintage cars does not necessarily mean the buyer has to be a rich man (or woman), although a retiree looking for a fascinating hobby might enjoy the challenge.
Onditi says he had to establish a trusting relationship with his bank. What’s more, he’s never defaulted on one of his bank loans. But he has had to sell some of his vintage cars, all of which went for more than twice the price of what he bought the vehicles for. Among the cars he’s sold were his bronze Citron Prestige, his Opal Cadet and one VW Kombi. 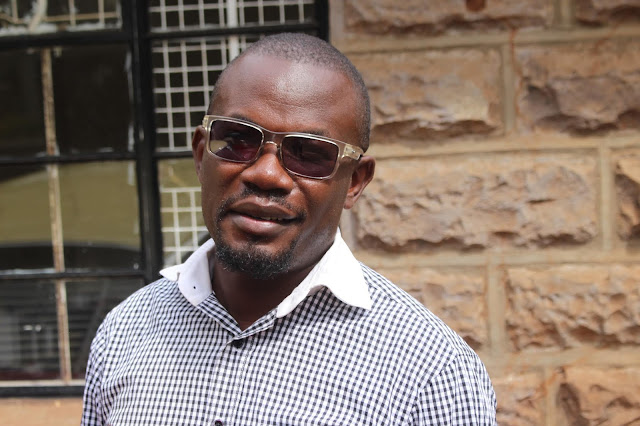 The day we met him at his Kwa Wangwana Restaurant, it had recently rained, so Onditi showed up driving a 1996 Land Cruiser which has 4-wheel drive. When asked why he wasn’t driving one of his classics that day, especially when he knew we would be talking about them, his answer was simple and clear.
“I’m a practical man,” meaning it’s not the weather for driving a classic car. 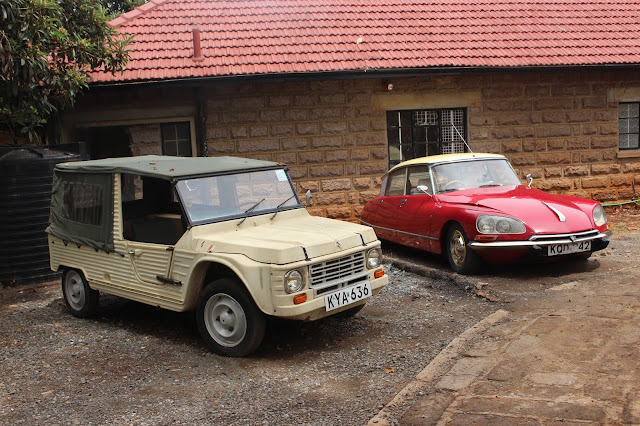 Posted by Margaretta wa Gacheru at 12:52