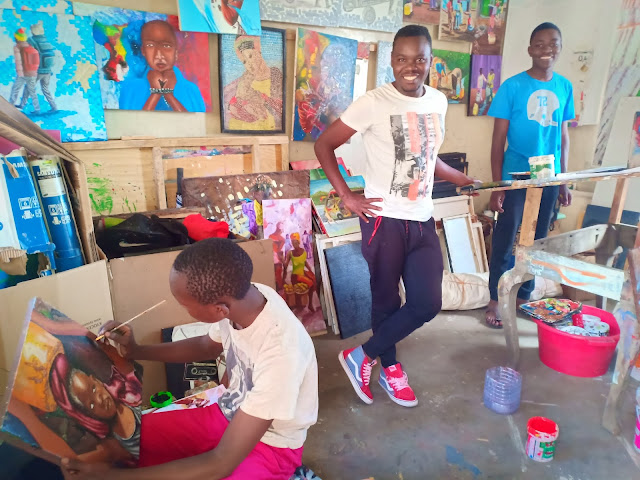 Adam Masava may be best remembered as the artist who figured out how to make art and sports merge to serve both their interest simultaneously.
He did it when he opened an online art auction to raise funds for young footballers from South B Sports Academy to go to Sweden to participate in an International youth football tournament. Adam raised the funds, and the South B team got to Sweden where they successfully played with footballers from all over the world.
Adam had already started the Mukuru Art Club under the Academy’s umbrella by then. “The Academy was started in 2009 by my friend John Mandela who wanted to help kids from the slums have healthy alternatives to hanging out in the streets,” says Masava who joined Mandela in 2010. 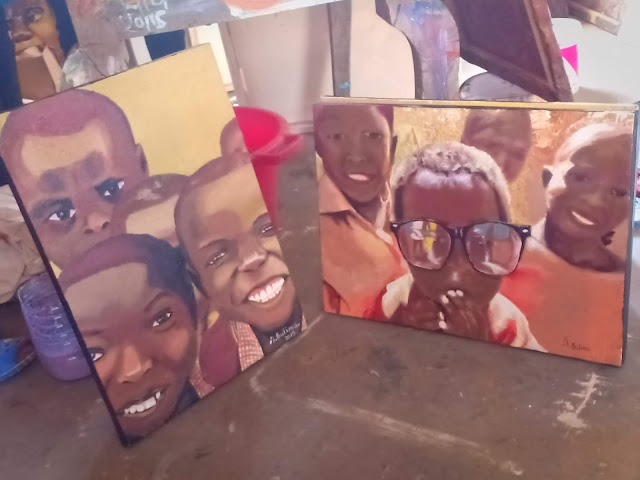 “I could see that some of the kids weren’t keen on sports, so I decided to start them doing art,” says the mentor of more than a dozen young men and women, most of whom have been painting with him since the club began.
Adam says he named the club ‘Mukuru’ for a reason. “I’m originally from Mukuru slum as are most of our members. I wanted us to always remember where we came from,” says this artist-mentor who’s subsequently exhibited all over Europe, from Germany, Slovakia and Czech Republic to Austria and the Netherlands.
Adam’s initial training in art was at the Mukuru Arts and Crafts Centre where the nuns who started the centre often brought in artists from abroad to teach their students. He studied with other future artists, several of whom have, like him, gone on to start art centres of their own. One was Shabu Mwangi who started Wajukuu Art Centre a bit before Adam established his art club. Both young men had the same goal, to help youth from the slums learn skills in fine art free of charge. 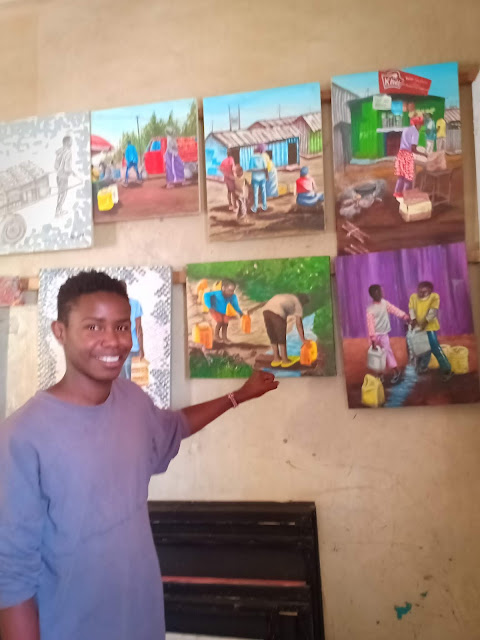 But ever since the Club had to move out of the spacious school hall where it began and into Adam’s tiny South B studio, the group feels more like an artists’ collective than an after-school art club.
“I’d previously been teaching hundreds of kids, some as young as six. But when we had to move, I had to be selective since my space is quite small by comparison to the school hall,” he says.
Recently the club had its first group exhibition on the rooftop above Adam’s studio. “It was to officially launch our new location,” says Adam who’d asked Lara Ray of the Polka Dot Gallery in Karen to help curate the exhibition. 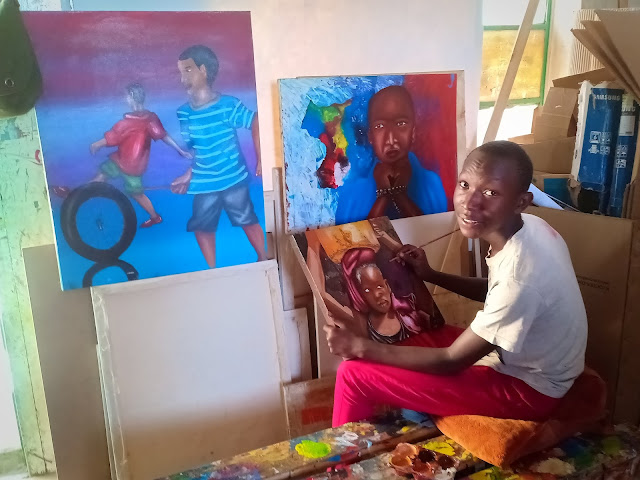 “The exhibition was quite successful,” says Tony Bulima, the one club member that Adam met by chance when both were visiting GoDown Art Centre. “Tony was there looking for a mentor to teach him to paint, so I invited him to join us in South B,” recalls Adam.
The day Saturday Nation went to see the studio and the young artists at work, I met Adam and Tony with several other club regulars. They included Isaiah Malunya, Vincent Kimau, Duncan Githuki, and seated outside the postage-stamp sized studio was Lloyd Weche who’s the one abstract expressionist painter in the club.
These aren’t all the club members, but they all took part in that first show. And many of them sold their artwork that day, says Adam. 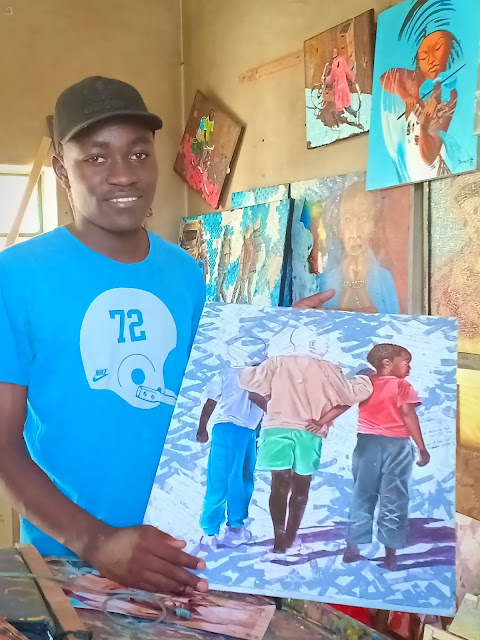 Mukuru Art Club will be having its second exhibition in June. In the meantime, Lara has put Club members’ artworks online at the Polka Dot Gallery website.
“Thanks to Lara, we’ve already five paintings online,” says Adam whose online art sales practice has come full circle. 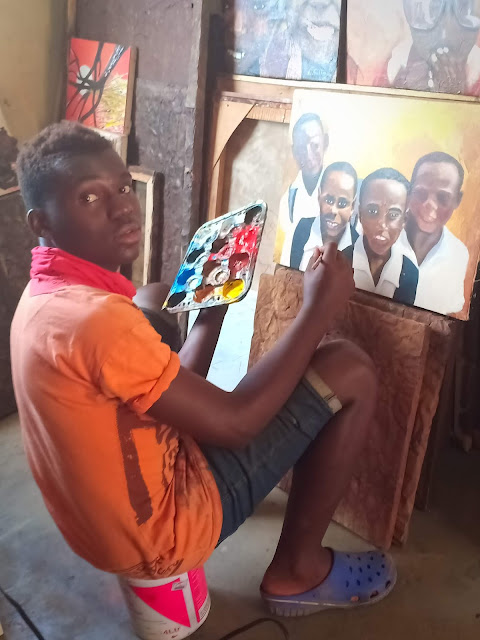 Posted by Margaretta wa Gacheru at 11:32