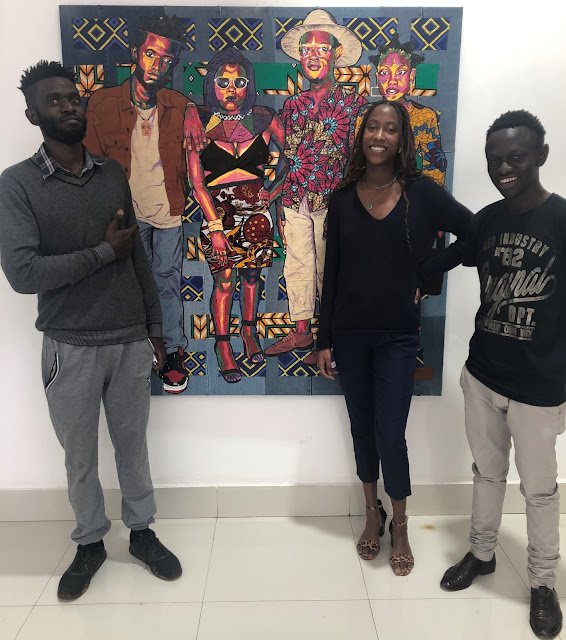 Matt Kayem is a multi-talented Ugandan artist whose current exhibition at Kioko Mwitiki’s Art Gallery is appealing to a myriad of millennials who admire his ‘Me too’ sort of style.
But his style is not the ‘Me too’ that feminists have made into a mass movement against misbehaving men. His is one that boldly puts himself squarely into his paintings and prints, making no pretense of being modest because he isn’t!
Most of his prints are more like artistic installations in which he creates the visual context, including the colorful African wax-print fabrics used as a visual backdrop and then he inserts himself in assorted poses, depending on the concept he cares to create. 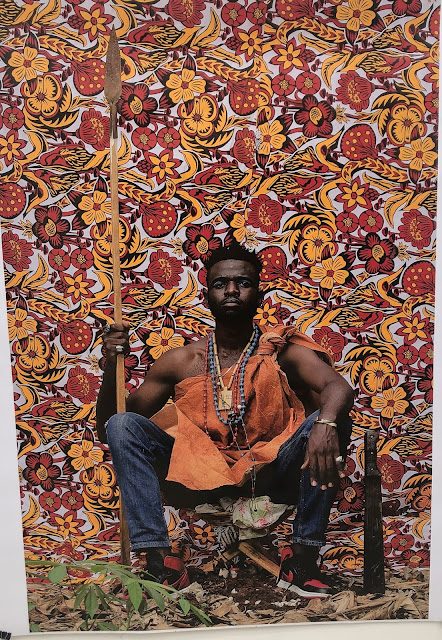 Clearly having fun placing himself at the centre of attention, he then works with a photographer who shoots him in funky poses. In both ‘Son of the Sun I and II’, he’s bare-chested with his most prominent attire being his brand-new Nike shoes.
In ‘Royal Guard’ he also displays his six-pack as he’s stoically seated on a wooden throne, spear in hand and looking like a man in charge.
But Kayem also likes being transgressive. He explained to Saturday Nation last weekend just before the official opening of his ‘Cool Africa Vol.2’ solo show exactly why he called one print ‘Bad Muganda, Good Afrikan.’
“I am a Baganda, but no good member of that community would place his foot on a bunch of matoke,” as he does in the print. “Neither would he wear dreads or have pierced ears as I do,” he adds, explaining that he prefers being a ‘good African’ because he sees himself in a broader, more Pan-African context.\
Admitting he’s been influenced in his art by African American culture, it is more apparent in his paintings than in his prints. For instance, in ‘The Arrival of the Cool’, he features Michael Jackson, Mohammed Ali and Beyonce, together with George Washington Carver (Black inventor) and at the back of the line is a character that looks like himself. 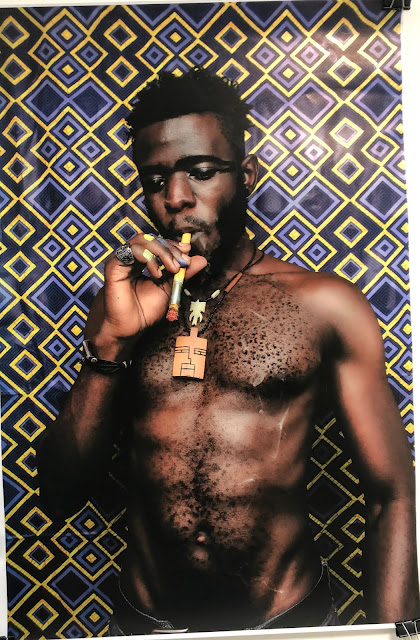 But probably the clearest example of a contemporary Pan-African perspective that derives from African American culture is his painting of ‘Black Panther’, a work I believe he could have sold several times over before his opening night was past. It’s a painting like all his acrylic works, painted not on canvas but on denim jeans that he opens up and stitches into the shapes he plans to paint on.
One of the denim works that Kayem likes a lot is his portrait of the backside of ‘Natasha Kemigishe’. She’s a voluptuous young woman with a sizeable rear end, the kind he says African men adore, though not the type preferred by Westerners he says.
Natasha’s skirt is made with bark cloth, a fabric used traditionally in Ugandan art. It blends well with his Denim and Dutch-wax print. Natasha herself as a gleam in her eye, as if to say, ‘I know I am desirable; I’m proud of my shape.’ 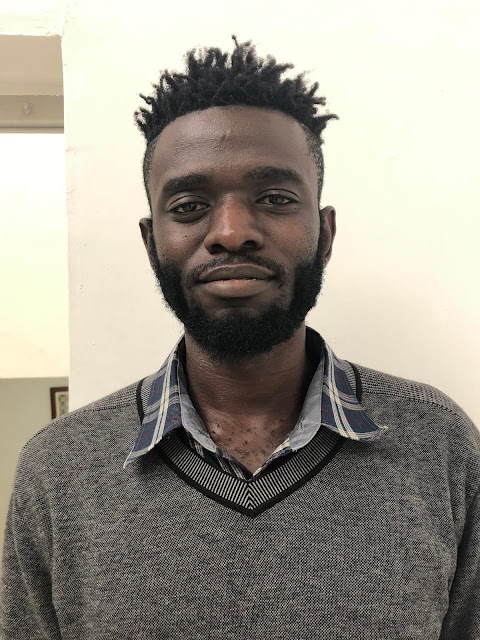 But one of the most interesting prints in his exhibition is entitled ‘Highly melanated’. It features three lovely young women and him, standing in a row. Initially, it’s a wonder what they have in common, but Kayem explains they are all different. Each is a different shade of brown and each is aligned from the lightest-to-the-darkest-toned woman. Coincidentally, they also stand in profile with the darkest being the tallest on down to the lightest being the shortest.
“I thought about deconstruction the ‘colour bar’,” he says noting that melanin researchers now believe ‘the darker you are, the better’ for your health and happiness.


Posted by Margaretta wa Gacheru at 00:51