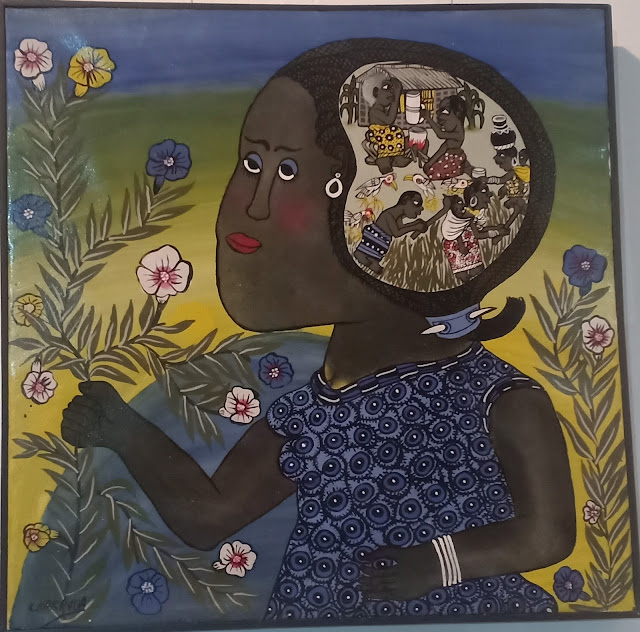 Few Kenyans know much about Tanzanian art, unlike the Ugandan scene which is bustling with art galleries and artists, many of whom make their way to Kenya to exhibit everywhere from Circle Art Gallery to Village Market and Banana Hill Gallery.
Many people have heard of Tinga Tinga, first from the animated series of African folk stories, and then, from the musical by Eric Wainaina and Claudia Lloyd. But most of them may not know that Edward Saidi Tinga Tinga was a real-life Tanzanian artist who was a humble bicycle repair man before he picked up painting (using enamel bike paint on scavenged ceiling boards) and realized being an artist was more lucrative than fixing bikes. But once he did, he began training all his relatives and friends to follow in his footsteps, which they have. 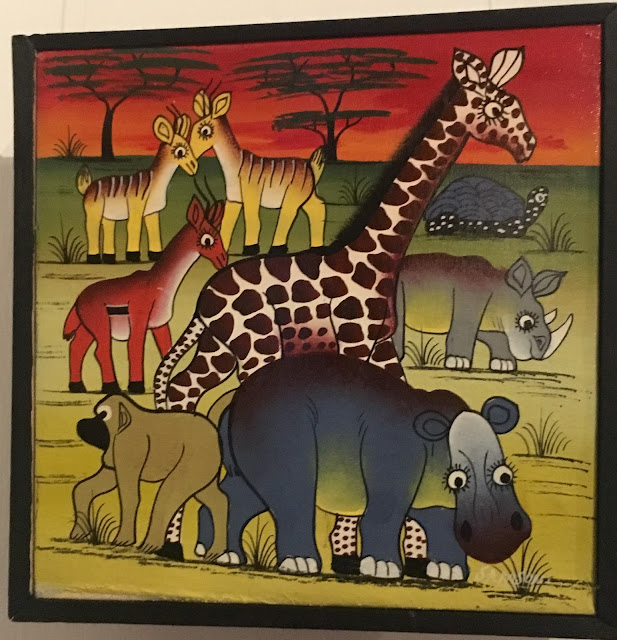 Last month, a number of Tinga Tinga ‘disciples’ exhibited their art at Nairobi Gallery in the first phase of the ‘Legendary Artists of Tanzania’ exhibition. The second phase is about to open this weekend, on Sunday, also at Nairobi Gallery.
Phase 2 will feature several original E.S. Tinga Tinga artworks and a few by his followers. The 61 paintings in this show will include over a dozen Tanzanian artists, including prints and paintings by George Lilanga and his second and third generation family members. 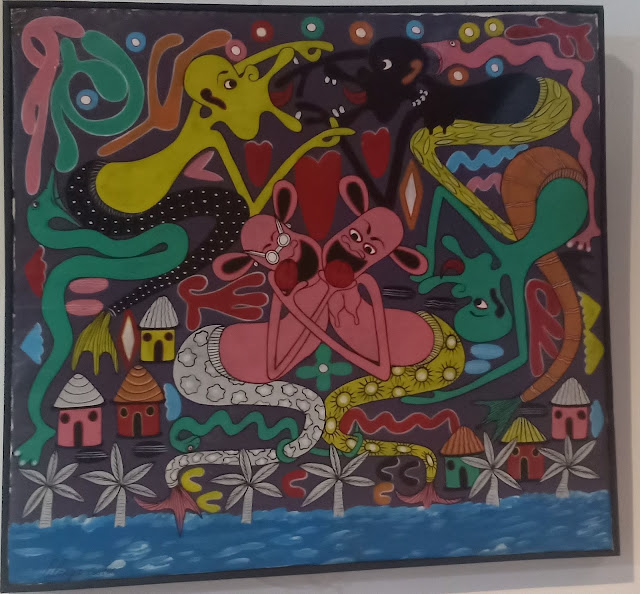 Students of Lilanga, like those of Tinga Tinga, have the most vibrant and colorful paintings in this show. However, two of the most proficient artworks are by Elias Jengo and Claud Chantenda whose painting, ‘Umoja: A sinking ship’ is the most stunning, yet sobering work in the show. Almost Turneresque in its treatment of tempestuous weather threatening to sink a ship which is clearly meant to symbolize his troubled post-Independent homeland. 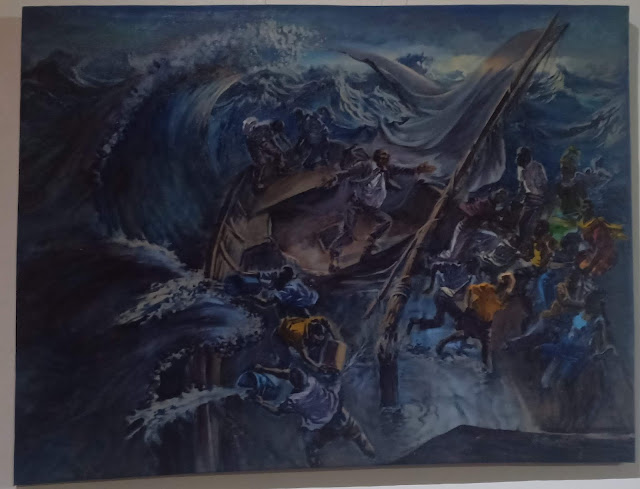 In contrast, the other painting highly favored by the show’s curator and founder of Nairobi Gallery’s Pioneer Gallery is Professor Elias Jengo’s ‘African Pride’. This semi-abstract piece occupies the pride of place in the Gallery, just next to another one of Alan Donovan’s favorites. 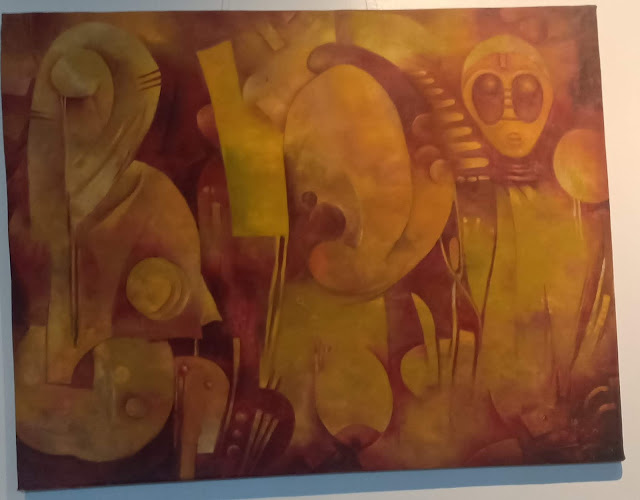 ‘Grace’s Thoughts’ by Mohamed Charindi is a sweetly naïve portrait of a young girl whose scull seems to have been penetrated by a magical x-ray that allows one to see right into her mind. And there one finds four encircled scenes of Grace doing various daily chores. It’s a charming portrait quite unlike any other piece in the show.
All three of the above referenced works are framed oil paintings as is one by Robino Ntila, the only artist among the thirteen on display who will be on hand at the opening this Sunday at 2pm. 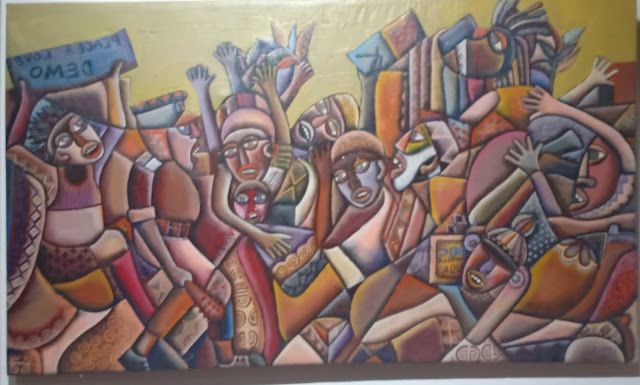 Ntila will also be one of the best represented artist, given that he not only has oil paintings but also several etching and woodcut prints which are favorably priced.
Being one of the youngest of the artists whose works are among those by ‘legendary’ Tanzanians, Ntila will also talk at the opening about the work of Nyumba ya Sanaa, the art gallery and workshop established in Dar es Salaam and founded by the late Sister Jean Pruitt. 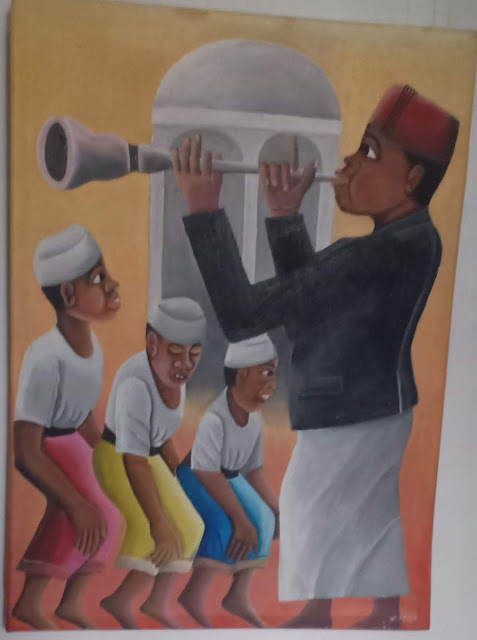 NYS is where many of Tanzania’s most acclaimed artists, including Tinga Tinga, were based for a time. What’s more, several artists whose etchings or woodcut prints are in the exhibition also worked at NYS. They include, Valentino John Sauti, Edward Kiiza, Augustne Malaba and even George Lilanga himself spent some time at NYS.
The one Nyumba ya Sanaa artist whose artworks are not at Nairobi Gallery, but nonetheless are on display at Nairobi National Museum is Lute Mwakisopile 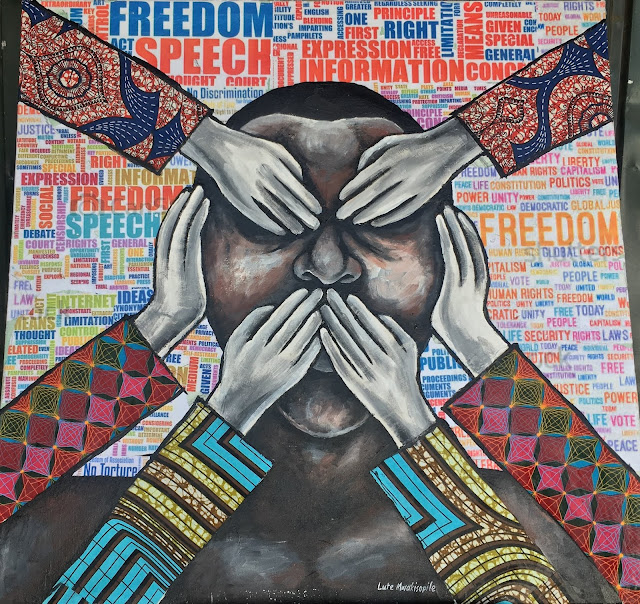 Lute is one of the 70 artists selected to be included in the 2020 Kenya Arts Diary which just got launched last Friday night at Heinrich Boell Foundation (HBF). His painting on ‘Free Speech’ was initially displayed at HBF during the opening. But immediately after that night, all 70 pieces were moved over to the Creativity Gallery at the National Museum where they were curated and hung by Lydia Galavu. That show will be up until the end of the month. 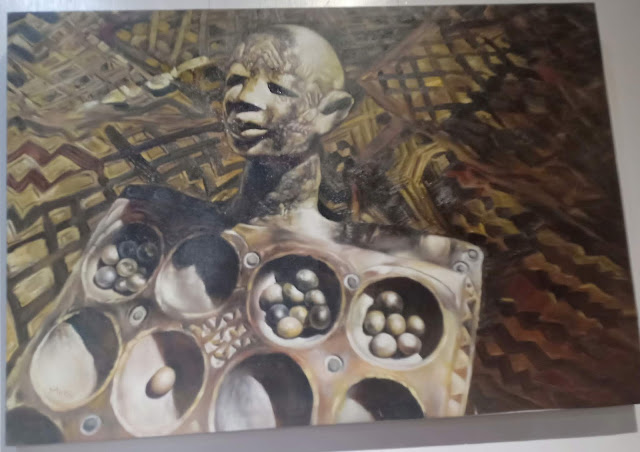 Last Friday night, the Diary celebrated its tenth anniversary, which could be its last edition, according to KAD founder, Nani Croze of Kitengela Glass and Research Trust.
“We are hopeful the Diary will continue as in years past when we have highlighted up-and-coming Kenyan artists,” says Nani who has been assured by one African art enthusiast that he will take charge of the Diary in the new year. But time will tell. In the meantime, work has already begun assembling the 2021 Diary. 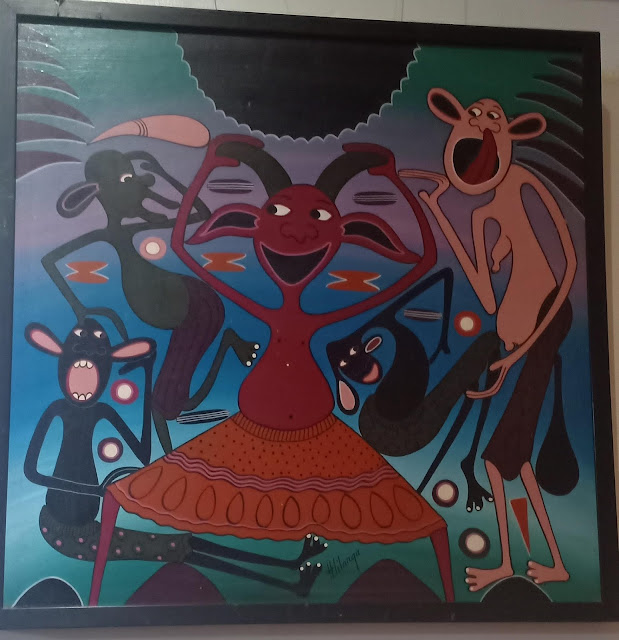 Posted by Margaretta wa Gacheru at 13:07