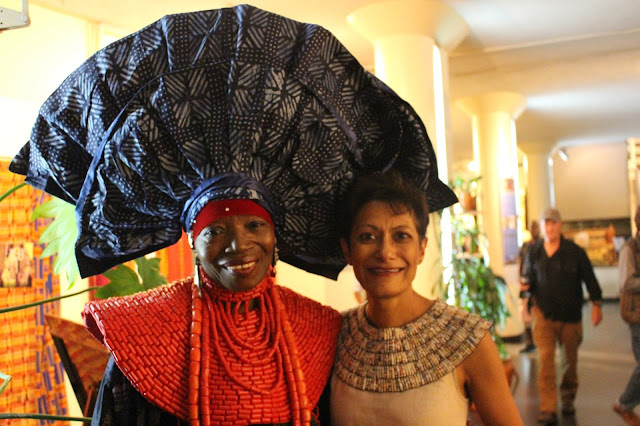 African Heritage Night, this past Wednesday, was practically perfect, apart from one thing.
The man being honored that night and the one most responsible for creating Kenya’s African Heritage experience (including the AH House and former AH Pan-African Gallery) was absent and unwell. 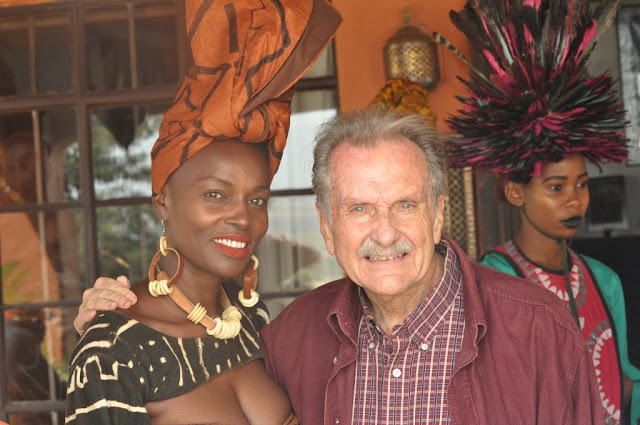 Alan Donovan was meant to be celebrating 50 years since he first came to the continent in 1967. Arriving initially in Ghana, he then went to work in Nigeria where he served as a USAID officer during the Biafran war.


But it didn’t take him long to get ‘hooked’ on African arts, especially after visiting Oshogbo village where indigenous Nigerian arts and crafts were thriving. 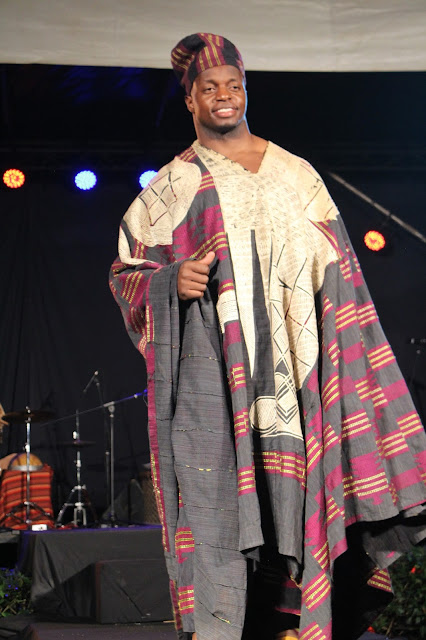 Oshogbo is also where the evening’s Guest of Honor, the brilliant batik artist and entrepreneur, Nike Seven Seven Okundaye came from especially to applaud Alan’s role in advancing African arts and particularly her own creative career. 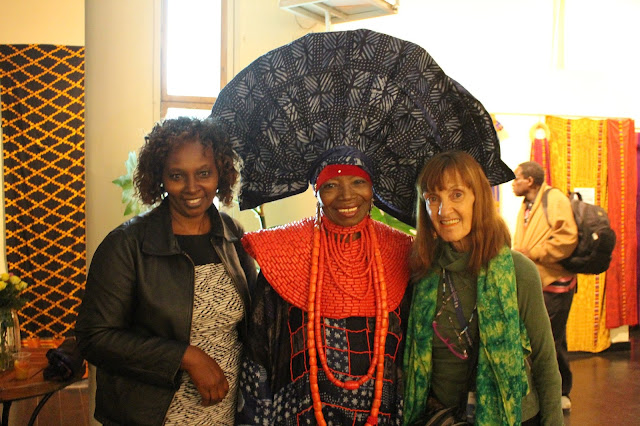 But Alan’s appreciation for African arts wasn’t confined to the West. After resigned from his USAID job, he trekked across the continent, ending up in Kenya where he teamed up with former Vice President Joseph Murumbi to found the African Heritage Pan-African Gallery.


The fruits of Alan’s years of working closely with African artists and artisans was on regal display Wednesday night at Alliance Francaise. There were elegant indigenous textiles that Alan had collected over the years and then redesigned into fabulous fashions which were modeled by both women and men that night. 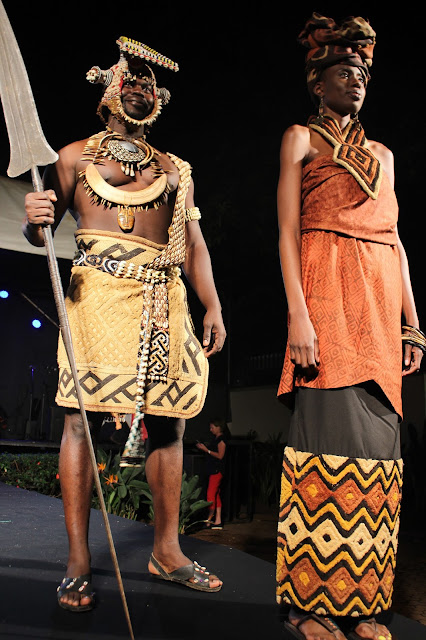 Collected from Cameroon, Congo, Ghana, Madagascar, Mali, Nigeria and Kenya, Alan had transformed hand-made materials (many of which are no longer being produced) into stunning costumes, a few of which had been first shown during his first Nigerian Festival back in 1972. 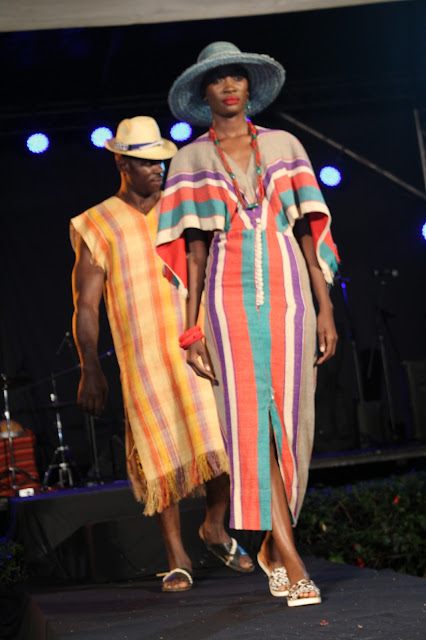 Her gown made with Madagascar raw silk, raffia and cotton blend designed by African Heritage


Three individuals served to crown the night in Alan’s absence. One was Dr. Luis Franceschi of Strathmore University who read Alan’s message to an attentive audience. 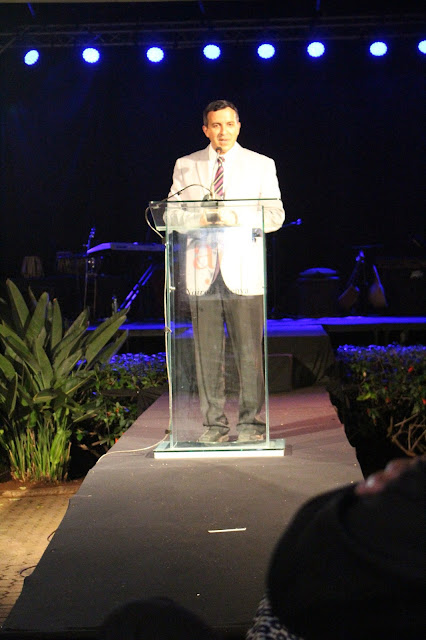 Dr Luis Franceschi stood in for Alan at the opening of AH Night
Next was Nike Okundaye whose indigo-blue ‘peacock’ headdress, bright coral beads and beautiful Adire quilts revealed her own work, not only as an artist but as a gallerist committed to reviving the dying art of ‘Adire’ at her Oshogbo Workshop. 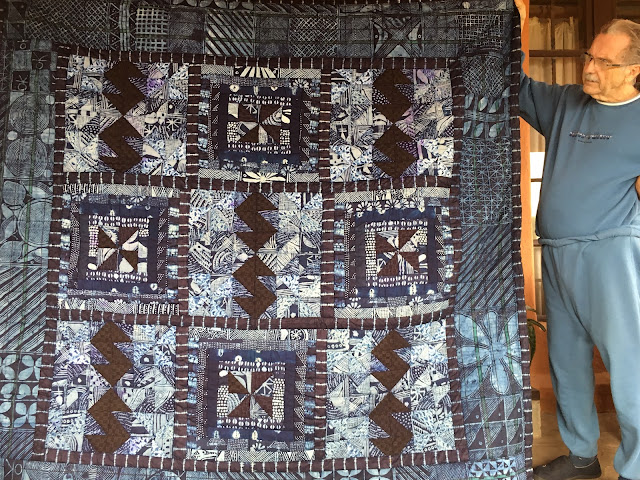 Nike Okundaye's indigo-blue Adire quilt was made in her Workshop in Oshogbo, Nigeria.

Finally, Papillon, the young Kenyan musician who makes his own musical instruments, also launched his first album ‘Heart of Africa’, capping off a beautiful evening in spite of the absence of our friend Alan. 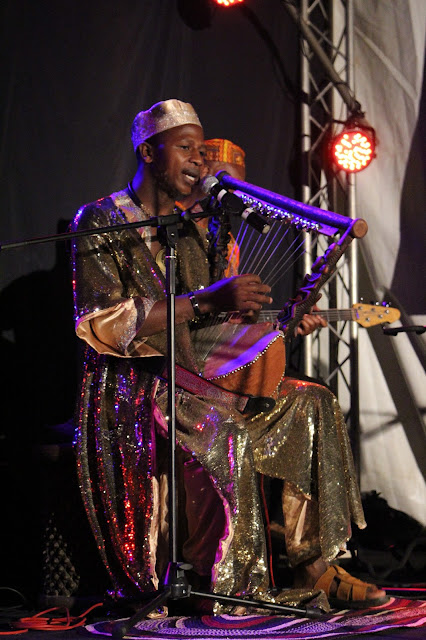 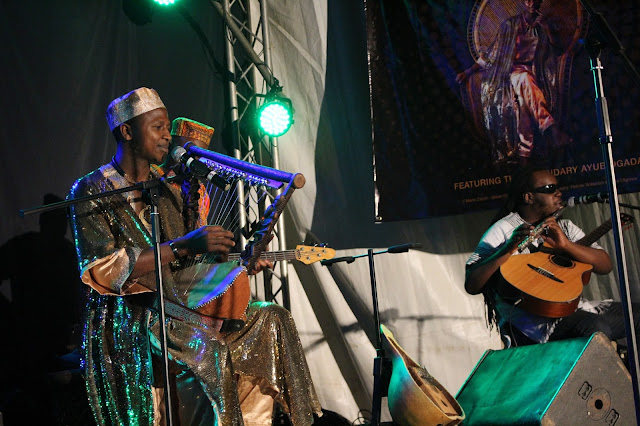 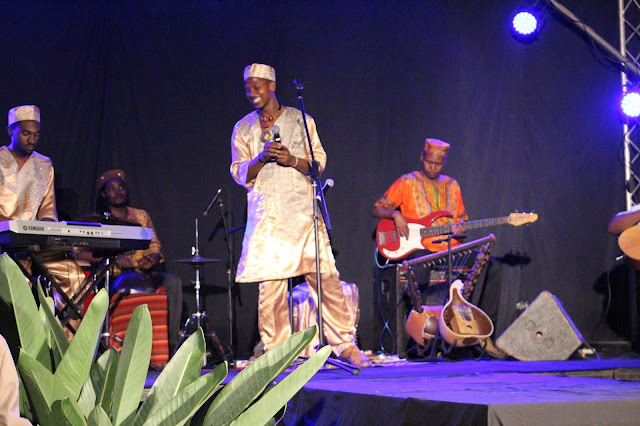 Posted by Margaretta wa Gacheru at 09:05