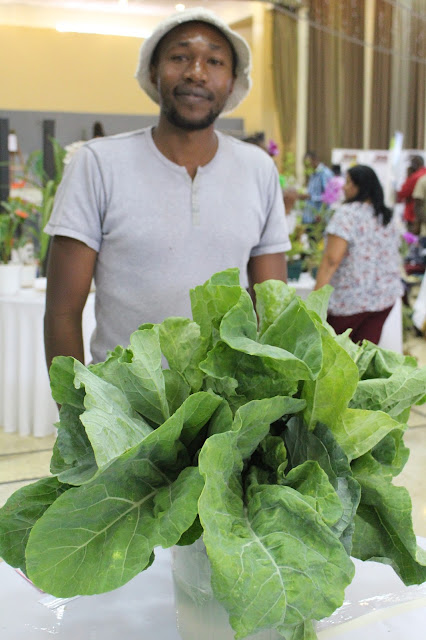 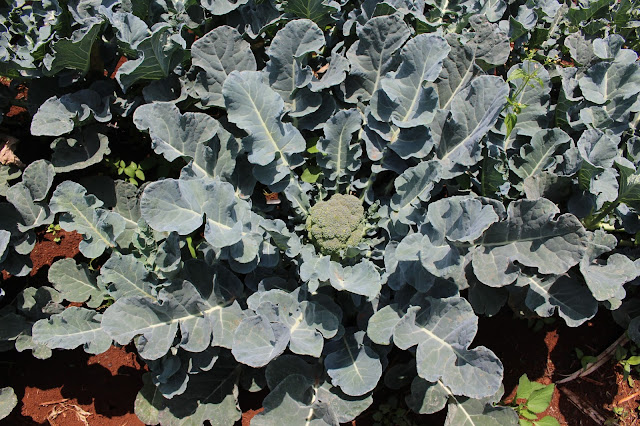 Paul's broccoli gets water every night by drip irrigation

He’s a master, in part because he loves gardening and has done ever since he started helping his mom plant potatoes and onions on their small farm in Nyahururu.
“She was an organic farmer by default,” says Paul who’s built his own small business around organic farming. “She couldn’t afford to buy chemical fertilizers or pesticides, so we improvised,” he admits. 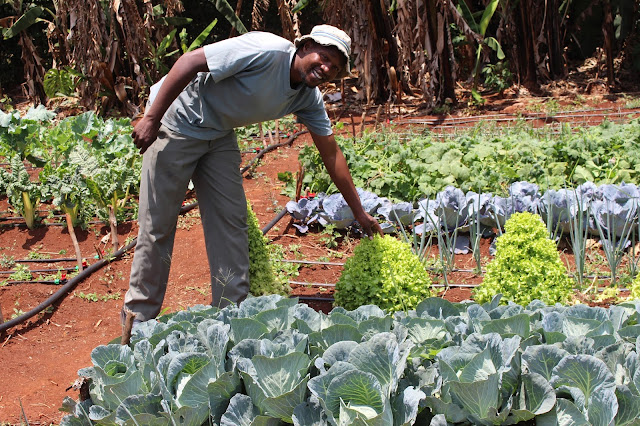 That early introduction to chemical-free gardening led to his attending the Kenya Institute of Organic Farming (KIOF) in Juja and also getting a job on site even before graduating from the Institute.


“Part of our course work was going out and training local farmers in the techniques of organic farming,” Paul says. But as practical as KIOF’s approach was, he could see the farmers weren’t satisfied. 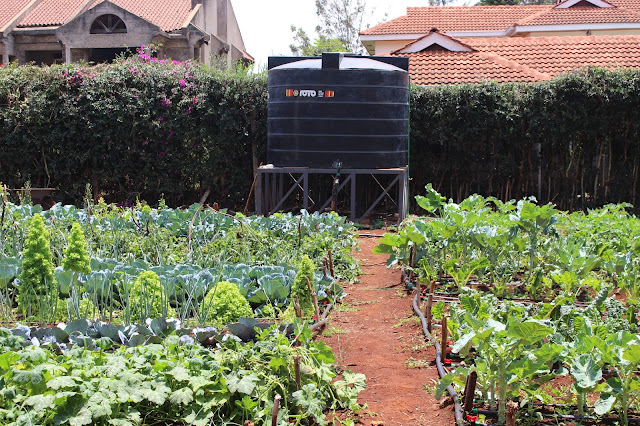 “Even though they appreciated the value of growing their crops without chemicals, they had no market for their produce. So I proposed that the school set up a shop where we could market their crops,” Paul says.


The farmers would make 70 percent of what was sold and the Institute made 30 percent, since the KIOF van collected the produce, managed the shop and the sales, and solved the farmers’ problem in the most practical and profitable way.


“We even provided home deliveries,” recalls Paul who ran the entire project. “Our first two clients and numbers shot even higher after that,” he adds, noting the marketing was all by word of mouth. 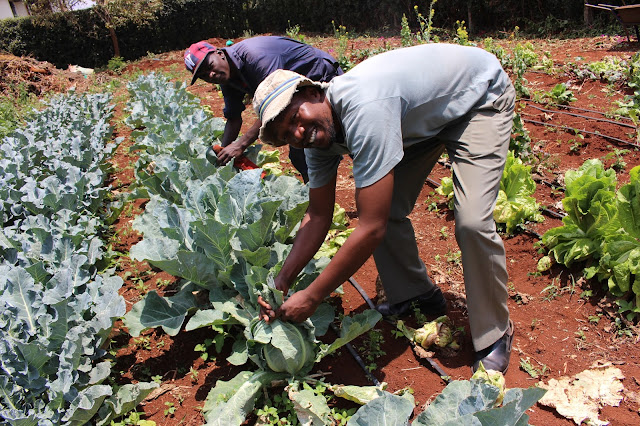 But then, Paul’s success attracted the attention of one lady farmer based in Karen who came looking for him at the shop. She’d heard how he’s solved local farmers’ problem and she wanted him to do the same for her. In effect, she already saw that he had the makings of a ‘master gardener’!


“The lady had capital and was already doing organic farming but she also had the problem of no market,” he says. She wanted him to work for her full-time, since she didn’t just want him to market her produce, but also to help her expand her garden from two acres to ten.


The challenge was so attractive that Paul had to quit his KIOF job, accept her terms of service and move from Juja to Dagoretti which is much closer to Karen 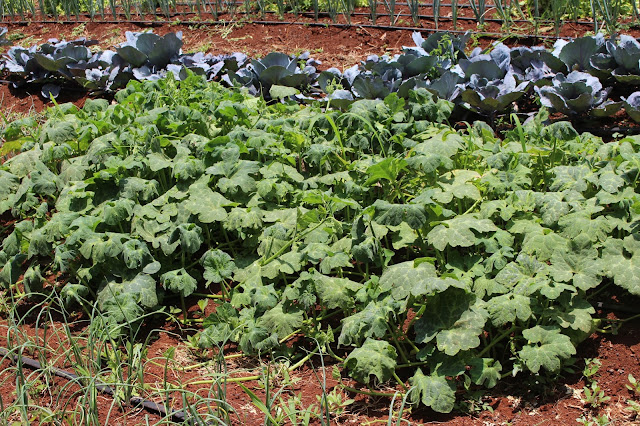 Pumpkin leaves for mixing into mukimo, a Kikuyu delicacy.
The lady was already growing all kinds of greens, including kale, spinach, lettuce and broccoli as well as tomatoes, onions and cauliflower. But the way she was farming didn’t maximize her plants’ potential. So Paul got to work setting up nurseries to hasten the organic growth of seeds and seedling, creating shades and green houses. Most importantly he addressed the water problem by constructing a vast system of drip irrigation. 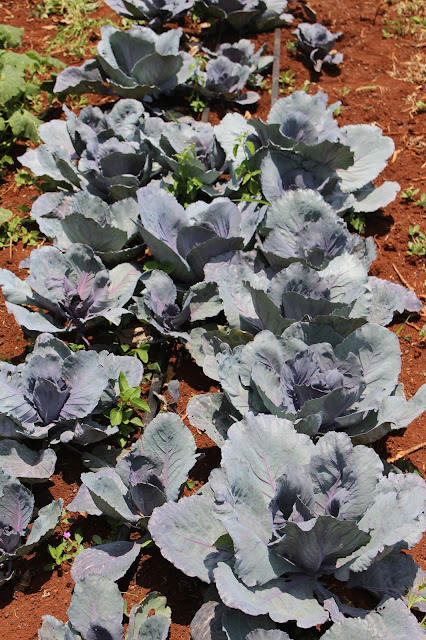 In less than two years, Paul helped her establish ‘Kalimoni Greens’ which emulated the business plan he’d designed and run successfully in Juja. In no time, Kalimoni had more than 100 customers. But it also attracted many more small scale farmers who wanted him to help them construct their own ‘backyard gardens.’


“I informed my boss that I’d like to do that work once a week,” he says. She agreed, not knowing it wouldn’t be long before he’d give her three months’ notice and then register his own small business, focused on Backyard Gardening. 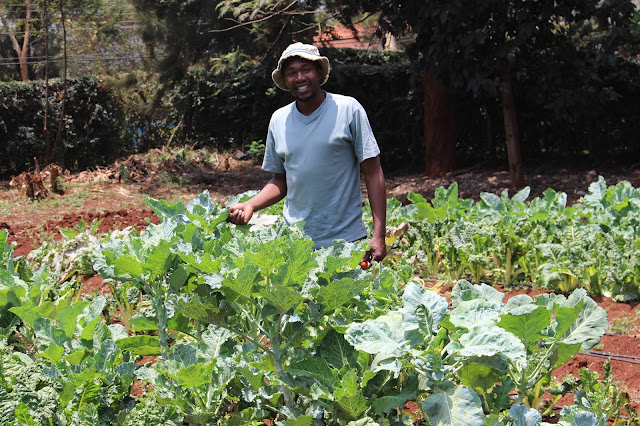 Paul with his sikuma wiki (Kale)

‘Organic Shamba Scaping’ started humbly, despite Paul’s setting up backyard gardens in such up-market locations as Lavington, Kilileshwa, Runda and Karen. Today he’s got more than 50 clients and more on a waiting list.


What really turned the tide for his business was meeting another lady from Runda who wanted him to help her establish a commercial garden in Machakos and two smaller kitchen gardens in Runda where she has two half acre plots that had been left idle, as if they were just waiting for him to arrive! 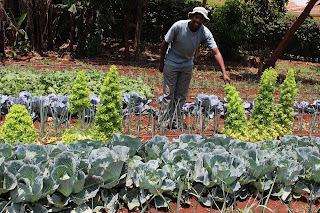 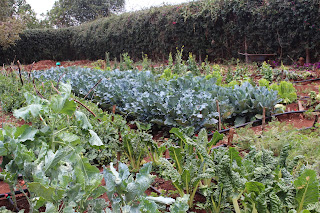 Drip irrigation has ensured that even in drought, his backyard gardens will grow healthy organic plants

Paul sprang into action and her Machakos ground is already producing garlic, red onions, tomatoes, beans and maize for commercial sales. But it was the Runda land that has given Paul the greatest satisfaction. That’s because he entered this year’s Plant and Flower Show, organized by the Kenya Horticultural Society and won First, Second and Third prizes for his healthy organic greens.


“Our lettuce won first; the spinach won the second and our Kale came in third,” says Paul who now knows he’s earned the nickname, ‘Master Gardener. 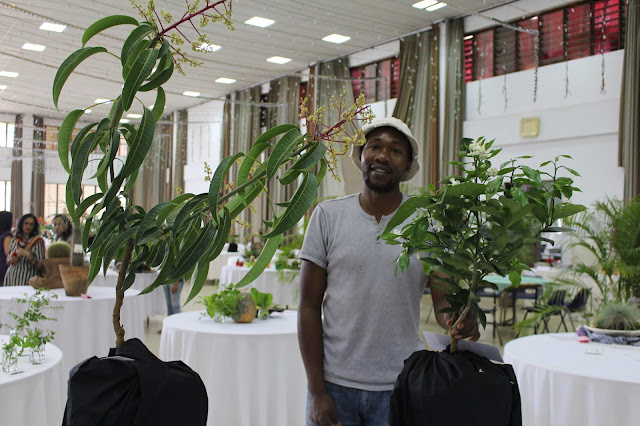 Posted by Margaretta wa Gacheru at 09:20