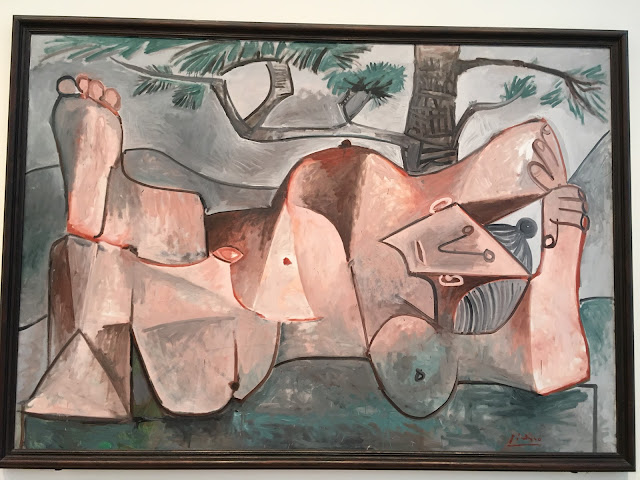 Picasso's Nude under a pine tree
WHAT’S IN A NAME? 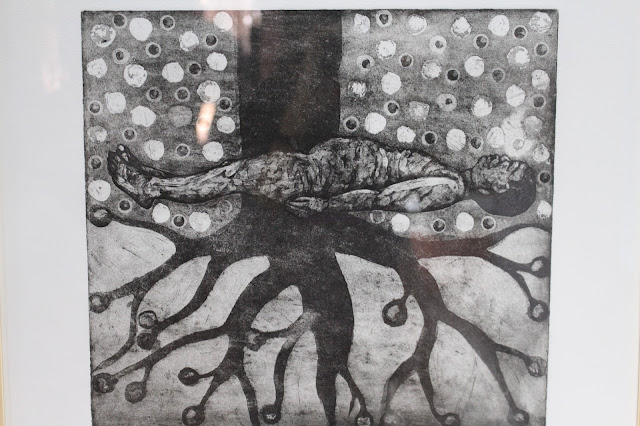 
Carol Lees is a busy lady. The founder and curator of One Off Gallery also curates a quarterly art exhibition at Sankara Hotel. Both venues had openings in the past week. 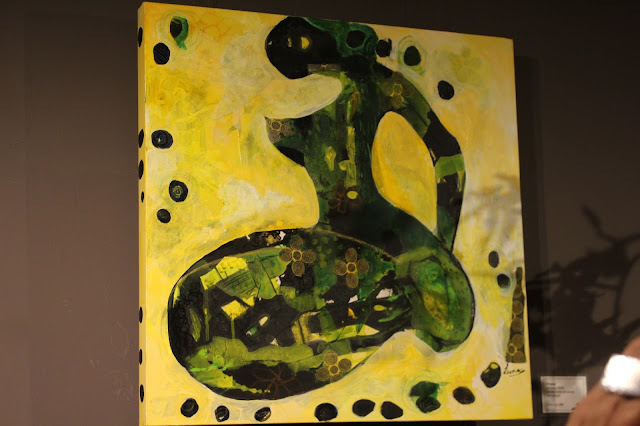 At One Off, ‘Nudes 2’ opened with a mix of several artists, a few who were in the gallery’s first exhibition of Nudes, including Timothy Brooke, Olivia Pendergast and Talal Cocker. What makes this second show on the same topic fresh and new are the works by Peterson Kamwathi, Yony Waite, Tabitha wa Thuku, Leena Shah and Geoff Weedon. 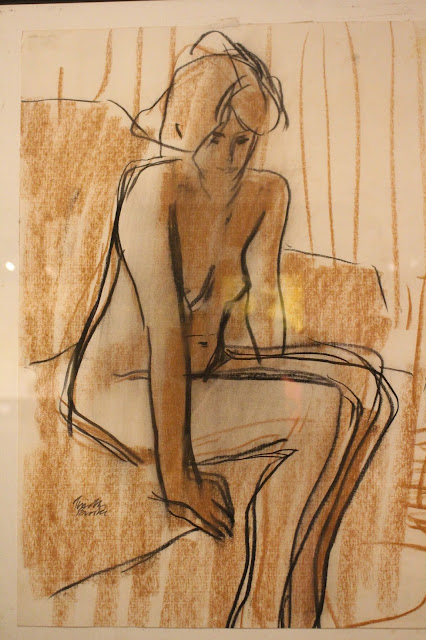 What’s fascinating about this showcase of ‘nude’ art is that it’s not going to offend even the hard-core traditionalists who claim public displays of ‘naked’ human beings violates their culture. 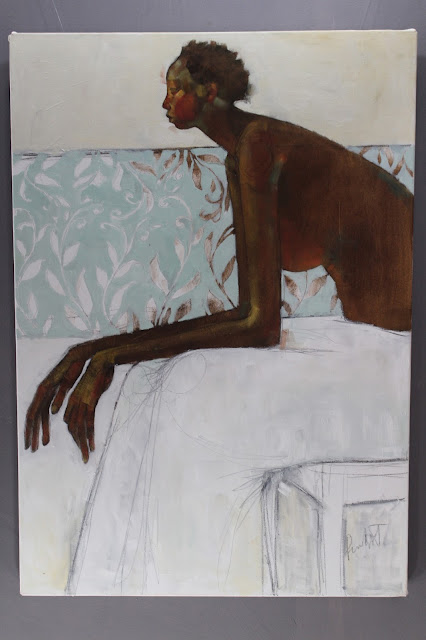 In fact, Carol’s artists have all created tasteful designs. Some are actually so abstract, like Yony’s experimental ‘Fire Sketches’ and Tabitha’s impressionistic fire engine red art, while others are  so symbolic, like Kamwathi’s examples from his Constellation and Sediments series, that it would be difficult for anyone to take offense. And even Weedon’s paintings are quite discrete. His use of color is more striking than the tips of his ladies’ breasts. 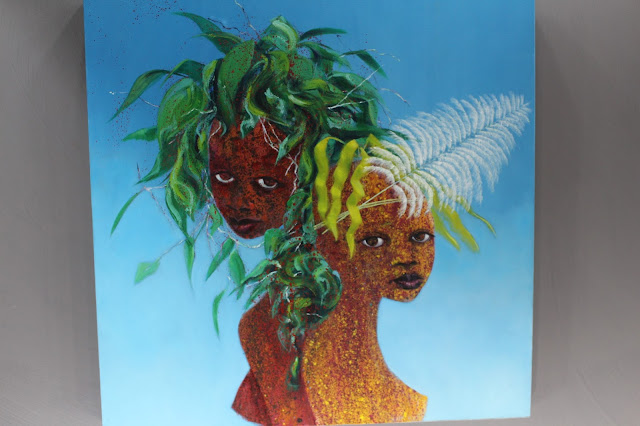 It’s true that Yony, Timothy, Olivia and Talal all create delicate drawings of nudes. But they all delineate human forms that convey a sensitivity that reveals why the nude has been a subject that’s preoccupied painters for centuries. 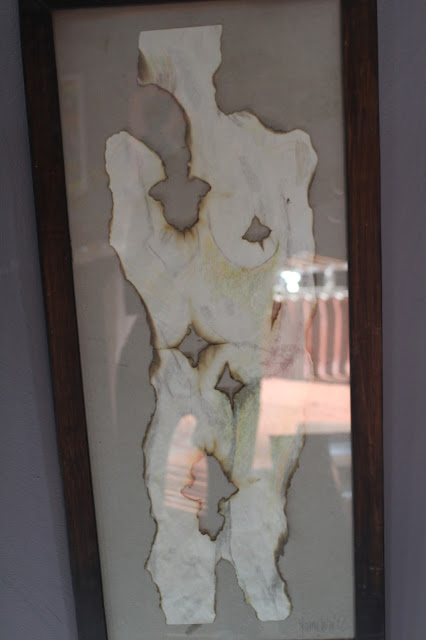 Meanwhile, Sankara has a permanent collection of contemporary Kenyan art which was curated by Marc Van Rampelburg. But Carol periodically gets the whole second floor to curate. This quarter she’s brought together an outstanding collection of contrasting works by Sane Wadu and Fitsum Berhe Woldelibanos. 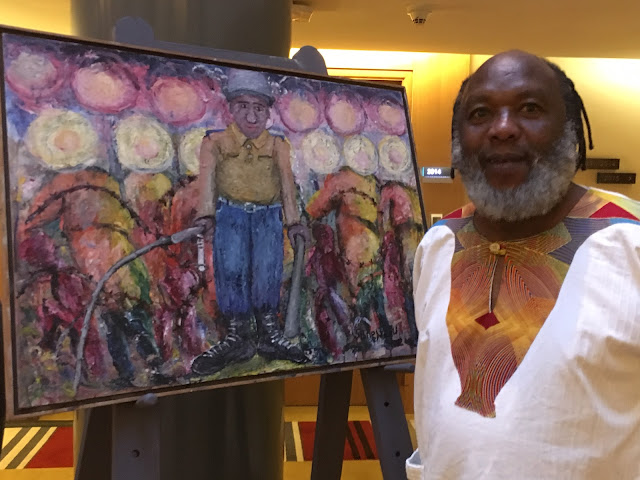 Oddly entitled ‘First Generation’, the term doesn’t actually apply to either artist since Sane came on the contemporary art scene in the early 1980s and Fitsum only arrived in Kenya from Eritrea in 2003. (After all, Paa ya Paa was exhibiting contemporary African artists since the mid-sixties, African Heritage and Gallery Watatu from the early 1970s.) 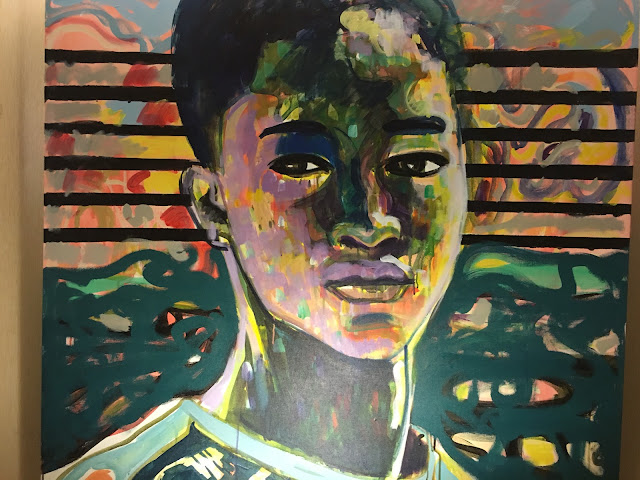 Nonetheless, both artists are important in their own right. Sane was at the forefront of Ngeche artists while Fitsum’s portraits have always been striking both for his stunning use of color and for the powerful stature his images invariably convey.


Sane’s migration to Naivasha (where he and his wife Eunice have an art school) has kept him largely out of the current stream of art exhibitions. But from the work that Carol’s assembled, it’s clear he hasn’t been idle. Meanwhile, Fitsum is best known for his portraiture, but he’s clearly moved into a new phase of artistic exploration that makes this Sankara show one of Carol’s best up to now.


Finally, there are several other exhibitions around town, including Drishti Vohra’s at the Metta in Westlands, Shabu Mwangi’s at Circle Art, Elias Mong’ora at Polka Dot Gallery, John Silver at Nairobi Museum and Leevans Linyerere at BIEA. 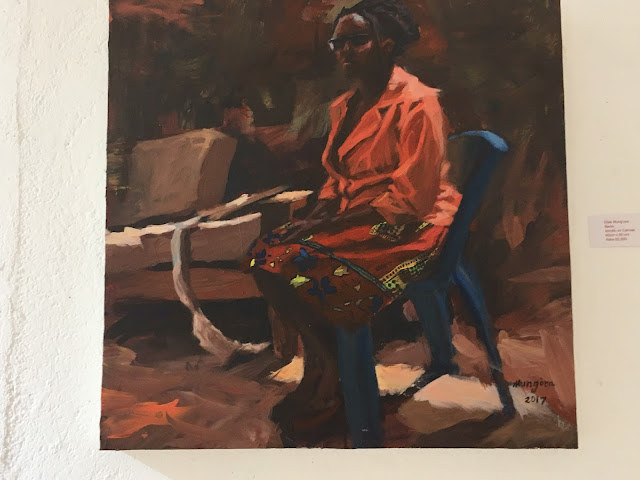 
There are photographic exhibitions at Shifteye Gallery and the National Museum, and the Nigerian Festival is on at the Museum, Nairobi Gallery and Alliance Francaise.

Posted by Margaretta wa Gacheru at 07:33