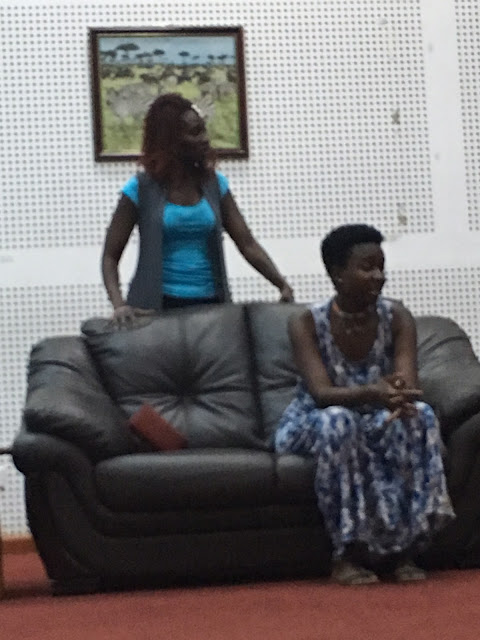 Chichi Seii and Shiviske Shivisi in Martin Kigondu's What Happens in the Night at Daystar U.

IT’S A MYSTERY WHAT HAPPENED THAT NIGHT
By Margaretta wa Gacheru (posted October 18, 2017)


‘What happens in the Night’ is the cryptic title of Martin Kigondu’s latest play, which the playwright also directed these past two weekends, first in Nanyuki and then last Saturday at Daystar University’s spacious auditorium.


Why I call the title cryptic is because you might suppose the author posed a question which the play is meant to answer. But no! “What happens...” raises more questions than it answers by the play’s end.


In effect, what that means is that Martin has written more of a mystery than a mere family drama about two siblings, Roy (Mourad Sadat) and Ngendo (Chichi Seii) living with their spouses, Jasmine (Shiviske Shivisi) and Kip (Nick Ndeda), in the house where brother and sister grew up. 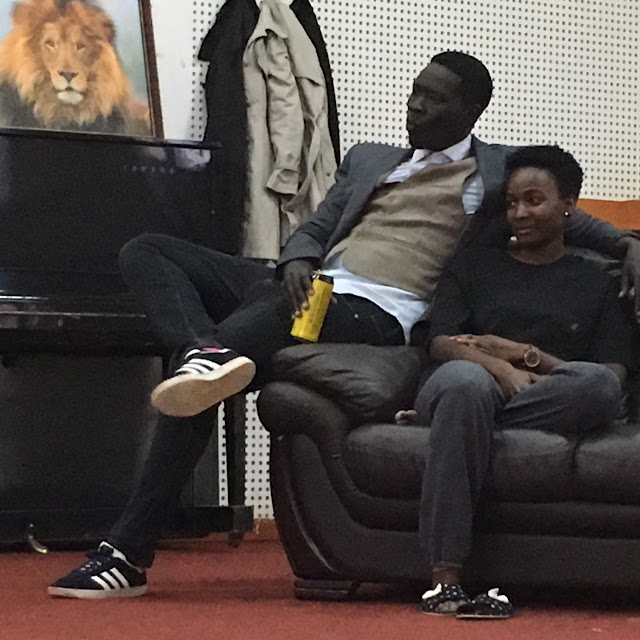 Mourad Sadat and Shiviske Shivisi are husband and wife in What happens in the night.

Initially, it would seem the play revolves around the siblings’ resentment of their father (Salim Gitao), a retired politician who they’ve rarely seen since their mother died.


But Martin creates multiple layers of meaning as well as several stories that are intertwined. They gradually unwind as the play unfolds, but even as hidden truths come to light, one is hardly prepared for the bombshell that’s revealed towards the drama’s end.


Suffice it to say, I won’t be a spoiler, especially as Martin’s show is coming back to the Nairobi stage December 3rd. But I will suggest that even though it’s not a frothy comedy of the kind that Kenyans tend to love, it’s gripping and it’ll hold one’s attention from start to end, thanks to an outstanding cast and stunning script.


Roy and Ngendo are clearly close, but as the show opens, not even she can shake her brother, a TV news anchor, out of his doldrums. He’s just been attending a funeral with his dad who’s talked to Roy at length about his own death and where he wants to be buried. Roy finds the father’s obsession with death morbid, and for a moment we do to. 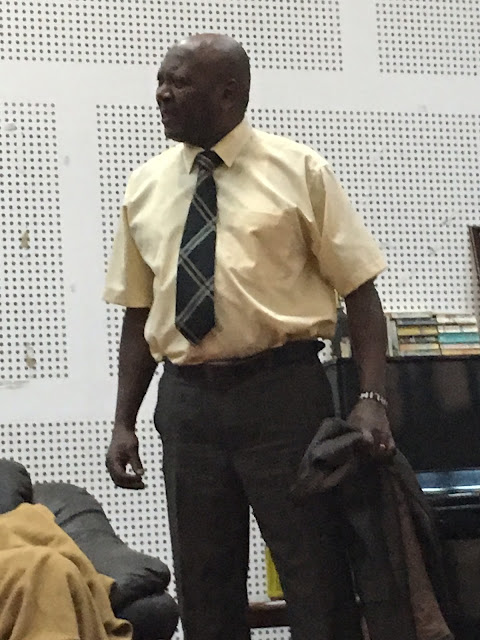 But that morose beginning quickly moves on into other storylines. The two couples seem to get along well, although Roy is frustrated with his job and Kip is a writer currently out of work but getting a series of mysterious phone calls that no one takes much notice of.


Once Roy and Ngendo’s dad arrives on the scene, the foursome scatters leaving first, the father and son to have an intimate but difficult chat, after which Ngendo takes her turn speaking frankly with her dad about subjects she’d left to fester in her heart for years.


What comes to light in both conversations is that the children’s resentment is palpable. He’s been an absentee dad much of their lives. He’s inflicted pain in the process, but he’s also been pained by local politics. Equally, he understands why his son has become cynical about both politics and the media. He also admits to Ngendo how he mistreated their mum. 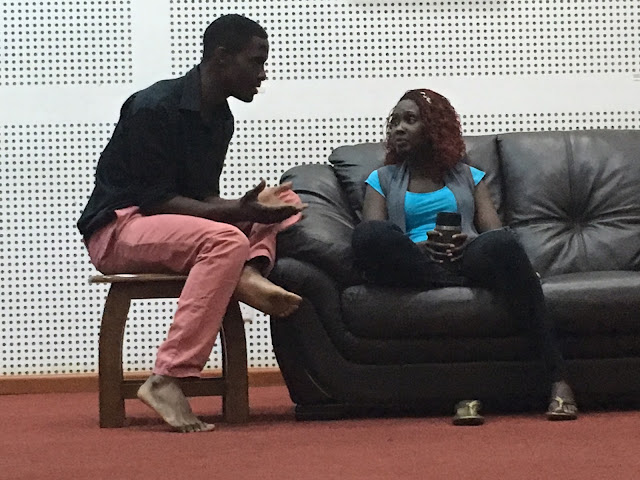 Nick Ndeda and Chichi Seii don't see eye to eye on the fate of her dad.

But one also can’t help empathizing with the dad who seems to have softened over the years. He takes a brief nap before departing without receiving either a hug, kiss or smile from his two kids.


Before he goes and while he’s napping, many secrets are revealed—including Jasmine’s past drug problem, possibly resultant from the miscarriage she had but never told Roy about. There’s also a suggestion that Ngendo is barren. So there are hidden bedroom secrets that complicate matters immensely.


Soon after the Dad departs, the children learn that he’s died mysteriously. Before he’d left home, he’d told Roy about a premonition that had come true. Now the son wonders if his dad had also foreseen his death. Certainly, it would explain why he’d told Roy where he wanted to be buried.


Ngendo is adamant that her father was murdered, but her passionate plea for an investigation apparently falls on deaf ears.


The plot thickens as more hidden secrets come to light. But the foul play involved in the father’s demise leaves one confounded and inclined to call ‘What happens in the night’ a delicious cliff-hanger that you need to see. Then you can tell me if the clues Mr Kigondu tucks into his script roused your suspicions before the truth came to light.


“What happens in the Night” is Prevail Art’s fifth production and by far its most successful. With impeccable timing and a stellar cast, one also feels the writer gave his actors serious roles which they handled with passion, precision and a professionalism that suggests Kenyan theatre has actually arrived!

Posted by Margaretta wa Gacheru at 07:50