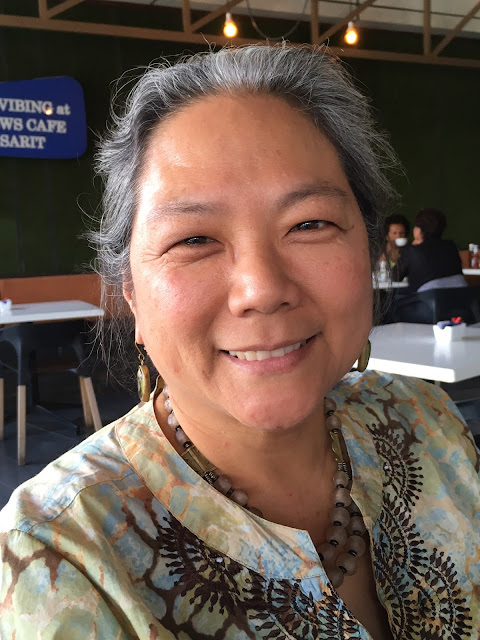 
POETRY THAT FINDS HIGHER TRUTHS IN THE HERE AND NOW


Kenyan writer Joan Sikand is best known for being an activist environmentalist who has strong opinions on countless social concerns. Yet her public persona rarely reveals her penchant for poetry or the deeply spiritual side of her personality.


It’s taken her third book of poetry, entitled “Mind – A Sacred Place” to expose just how seriously she’s committed to understanding humanity’s quest for spirituality in the here and now.


In her previous poetry books, one published by Mvule Africa Publishers entitled ‘Meditations’, the other by the American publisher Path Press, called ‘Makonde’, Mrs Sikand has blended her writings with elegant artworks by a number of East African artists.


Both books have paintings by the Sudanese artists Hassan Fadul, but ‘Makonde’ goes further by including the late Tanzanian artist Meshack Fidelis Kalembo and one anonymous Makonde carver as well as acclaimed Kenyans like Jimnah Kimani, Kivuthi Mbuno, Shake Makelele, Erick Sande Shitawah and the Italian Kenyan Edita Camm.


But in ‘Mind – A Sacred Place’, Mrs Sikand seems more confident about her own creative capacity and less inclined to collaborate with other artists apart from Hassan Fadul whose artwork features on her book’s front cover. Her book is filled with photographs that she has personally taken and which subtly serve to harmonize with the messages in her verse.


For instance, opposite the poem entitled ‘Heart’ is a photograph of the Sacred Heart (Sacre Coeur) Church in Paris, France.


Her photos further reinforce Mrs Sikand’s universal message that no matter what path one takes spirit-ward, and whoever one follows as their ‘way-shower’, be it Mohammed, Jesus, Krishna, Baha’u’llah or Guan Yin, the Buddhist goddess of mercy, all ways are valid and vital to anyone seeking to find some sense of oneness or unity with a higher power which may also be known as God.


Clearly Mrs Sikand doesn’t discriminate, either in someone’s choice of guru or spiritual leader or in the ‘sacred places’ where they might worship. The special imagery in her text includes not only temples, mosques, churches, cathedrals, chapels and synagogues; it also features a number of beautiful landscapes, colorful flora and wild fauna, all of which reveals an appreciation of Mother Nature, which theists might describe as pagan, animist or even Wicca.


Ultimately, she doesn’t disclose her own spiritual preference although she might be described as a theist or possibly even a pantheist, meaning one who identifies God with the universe.


Either way, what makes ‘Mind – A Sacred Place’ the most intriguing of her published works is that one can clearly see how seriously Mrs Sikand has taken her own quest for spiritual understanding.


Coming from a family where her father was a Protestant pastor and whose North Korean ancestry might well have included a bit of Buddhism or Confucianism or both, it’s no surprise that she has easily extended her family’s spiritual background beyond the boundaries of one specific religion. It was even more probable since she was born and brought up in the United States while her father’s church catered solely to Koreans living in the Diaspora.


Yet Mrs Sikand might be accused of escapism, especially as she clearly wants out of what she calls ‘this vulgar, repulsive age of gross materialism’ with all of its decadence, individualism and depravity.


But it’s hard not to be impressed by her knowledge of world religions, especially as her university degrees (from Brandeis and Fordham) are not in comparative religion or even philosophy but in English literature and law.


Mrs Sikand’s poetry books haven’t had a wide circulation as yet in Kenya, although ‘Mind – A Sacred Place’ was recently launched in the US at the American Library Association conference. In fact, it was Prevail Arts Company and Martin Kigondu who lifted her poetry off the printed page and produced an imaginative play entitled ‘Love and Peace’. That play which drew on a popular theatrical form of spoken word or performance poetry gave the poetess her first major public hearing in Kenya. It also invited one to look for more of her thoughtful verse.
Posted by Margaretta wa Gacheru at 02:02