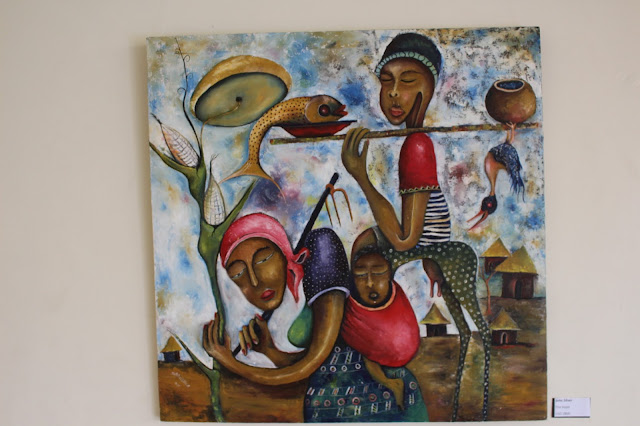 
John Silver Kimani’s is a classic case of a Kenyan artist who is much better known abroad than at home. 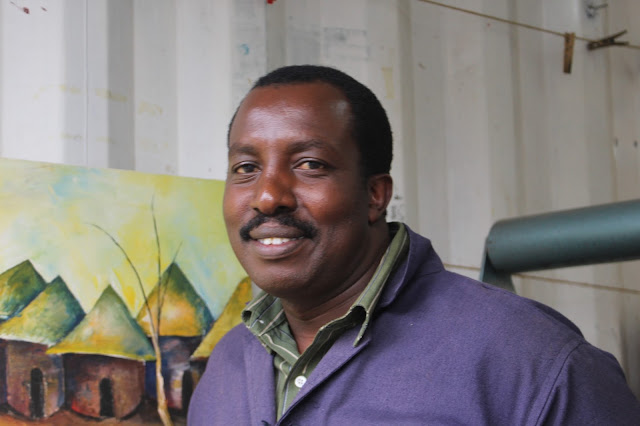 The award-winning painter-printmaker has exhibited his art everywhere from Japan, Germany and Belgium to France, Northern Ireland and the Netherlands.
Currently, almost thirty of his paintings and woodcut prints are on display in Nairobi Museum until November 5th. It’s his first solo exhibition in Kenya since 2014 when he had one in Karen. 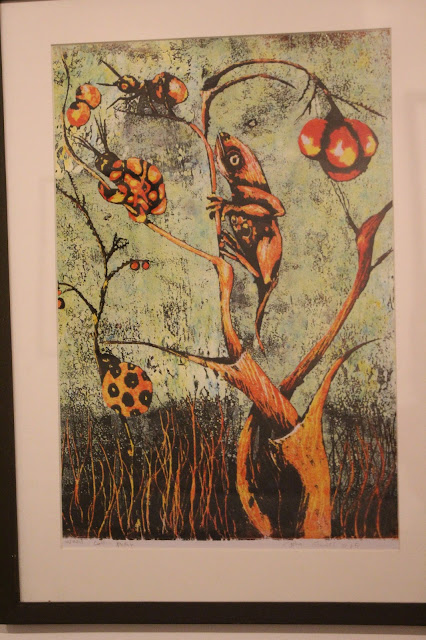 In the interim, Silver’s been a busy man. In 2015, he was awarded ‘Best Print-maker of the year by the Fei Art Museum in Yokohama, Japan.


“Part of that award was a solo exhibition the following year,” recalls Silver who was also invited to have another exhibition not far from Toyko. 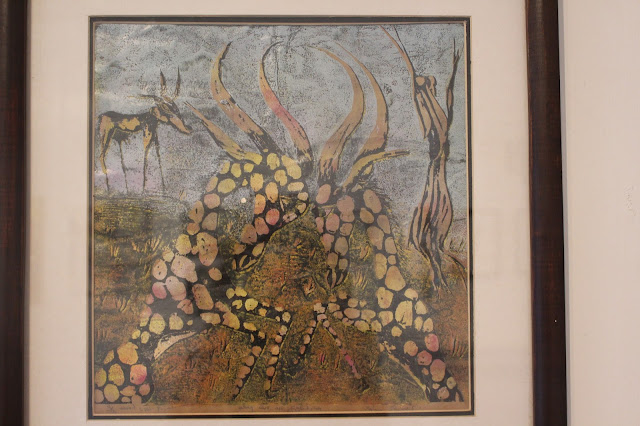 But it could very well be in the Netherlands that Silver is most famous. Nicknamed ‘Africa’s Hieronymus Bosch’ after the acclaimed 15th century Dutch draftsman whose fantastical paintings had a profound influence on subsequent Dutch artists, Silver seems to have also been moved by the intricate, early surrealistic style of Bosch’s art. 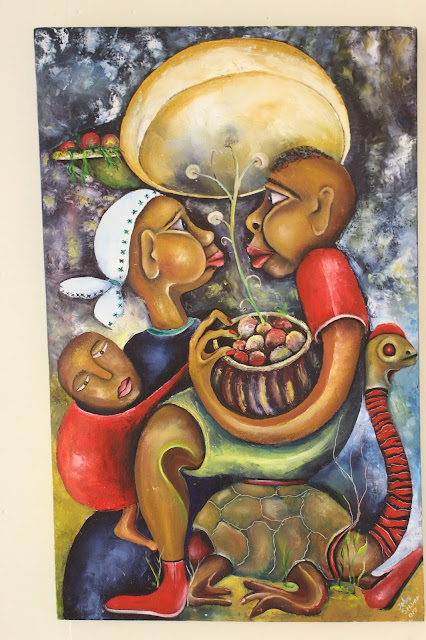 Silver says he hadn’t actually known about Bosch before he met several Dutch art lovers who invited him to exhibit his art in Amsterdam. But once he got to Holland, he recognized why he’d been nicknamed after one of that country’s most beloved painters.


For Silver’s art is also fantastical. But unlike Bosch who often drenched his paintings in religious imagery and symbolic narratives, Silver’s images are mainly a whimsical mix of animals and humans shaped in unfamiliar forms. 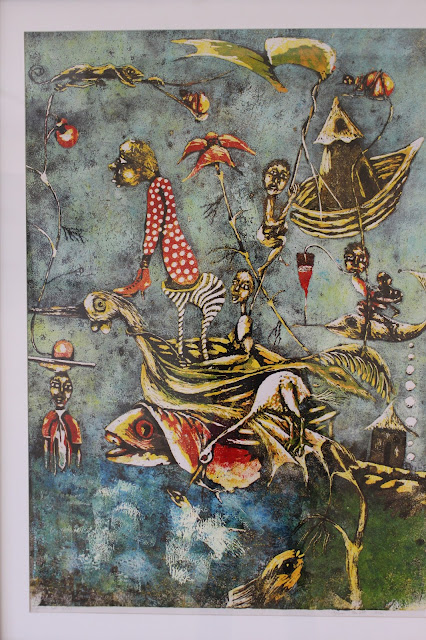 It’s the way he hybridizes his creatures and then mixes them up in counter-intuitive ways that makes his prints and paintings so intriguing and intricate. Often one can’t easily tell how an animal fits into the same form as a human; or how Silver came up with hybridized creatures that look like either an ostrich cross-bred with a tortoise, or an elephant that’s part fish and part dog, or a bird suspended atop a flying fish with a man comfortably wedged inside the bird’s body.


All his creatures look like they’re in transit, but that makes them no less surreal and no less enchanting in the way they draw someone into Silver’s sweet fantasies, all of which may have symbolic meaning but you can’t quite tell. 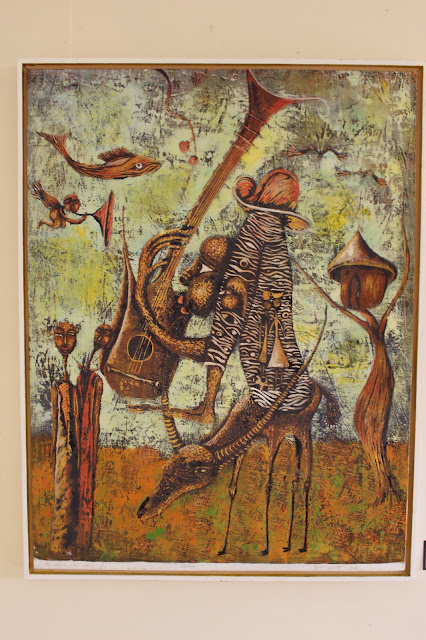 Indeed, he might be creating his stylized imagery just for fun; or it might have much deeper significance which is not obvious until deciphered by the artist.


Either way, Silver’s prints are especially notable since each one is a limited edition of no more than three which are printed from a single hand-carved wooden block.


“I didn’t actually get into print-making until I took a workshop at [the now defunct] RaMoMa Museum in 2005 with the English artist, Mandy Bonnell,” recalls Silver. 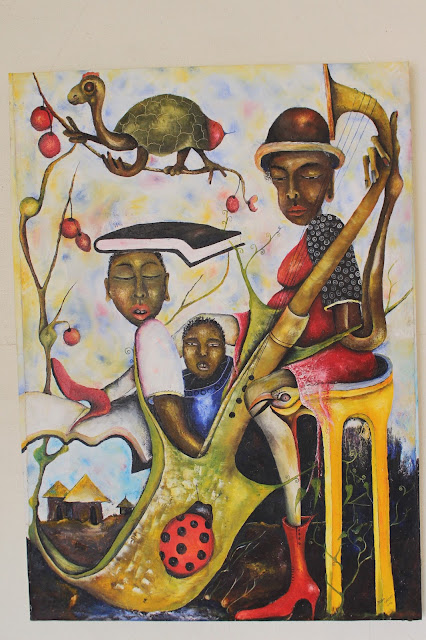 “I had taken another printmaking workshop earlier at Kuona Trust but it was Mandy whose approach to printmaking made me want to do more on my own,” he adds.


Since then, Silver has actually been sharing those same skills with aspiring artists based in various Nairobi slums. “I started the Rhino Care Art Project so I could train disadvantaged kids in places like Mukuru and Kasarani,’ he says. 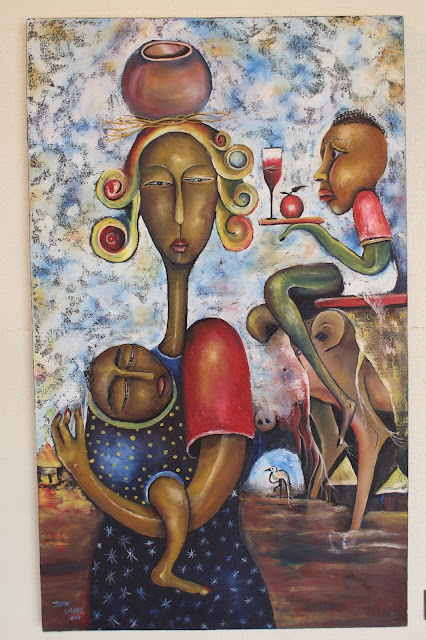 He has also taught printmaking at Kuona Trust where he’s been based for more than ten years. One of his students was the Irish artist, Clinton Kirkpatrick who subsequently arranged for Silver to exhibit with him in Belfast at the Seacourt Centre for Contemporary Printmaking.


“I consider John Silver my mentor,’ says Clinton who also got drawn into printmaking through the example of his mentor. 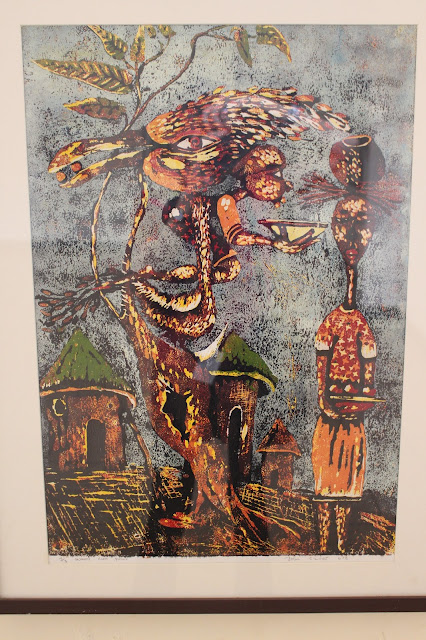 Meanwhile, Silver’s art is impressing school children who come in droves to Nairobi Museum where his work hangs in the Creativity Gallery. He may not be well known to the vast majority of Kenyans, most of whom are only beginning to appreciate visual art as a vibrant avenue for the expression of artistic genius.


But Silver’s not bothered. He remains humble. Having joined hands with other aspiring artists back in the 1980s in Banana Hill, it was that working group that subsequently became the Banana Hill Art Studio (and later BH Art Gallery). 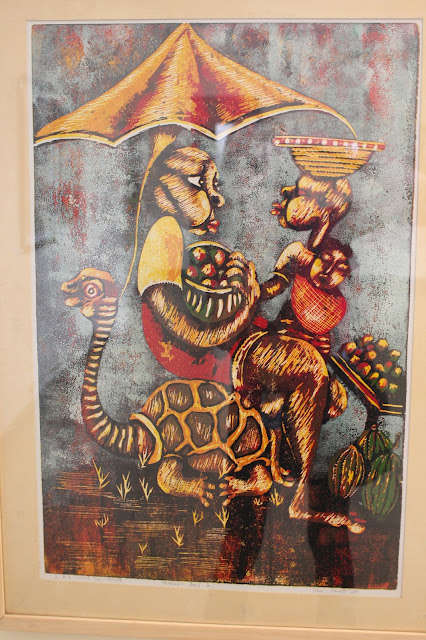 Silver also worked with other aspiring artists in Ngecha which eventually led him to Kuona Trust “where I took advantage of all the [art] workshops held there.”


Silver’s still based at Kuona Trust, still teaches printmaking to children as well as adults. And he’s also likely to retain the informal claim to being Kenya’s star surrealist for quite some time to come. 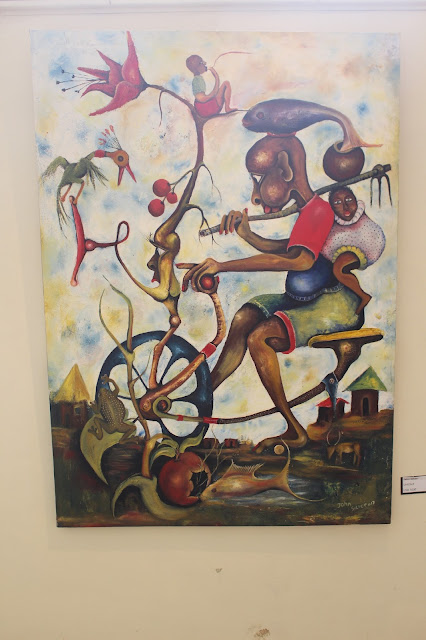 Posted by Margaretta wa Gacheru at 08:49