50 YEARS OF OSHOGBO ART AND ARTISTS AT NAIROBI GALLERY 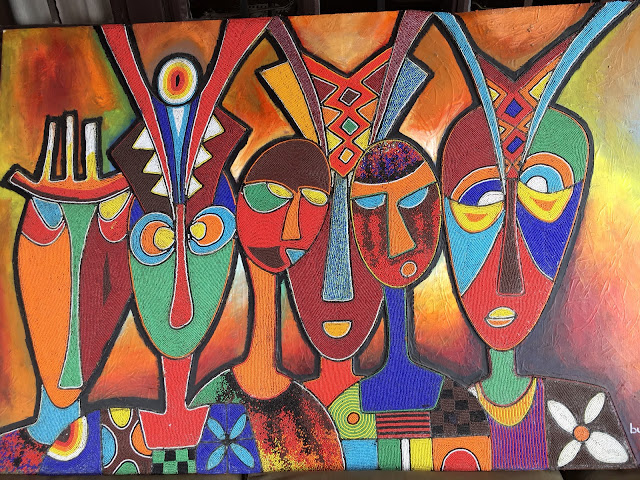 
By Margaretta wa Gacheru (posted 4 May 2018 for Business Daily)
For most of the 20th century, whenever reference was made to modern African art, the discourse was invariably about West African art. And more often than not, it specifically alluded to Nigerian art, the pioneers of which came from one Yoruba town on the banks of the Oshun River called Oshogbo.


In the late 1950s and early 60s, Oshogbo became the site where contemporary African art is said to have been born. Spurred on by the German professor, Ulli Beier and his first and second wives, Suzanne Wenger and Georgina Beier, Oshogbo quickly gained renown on both theatrical and literary fronts, as well as in the fields of music and visual art. 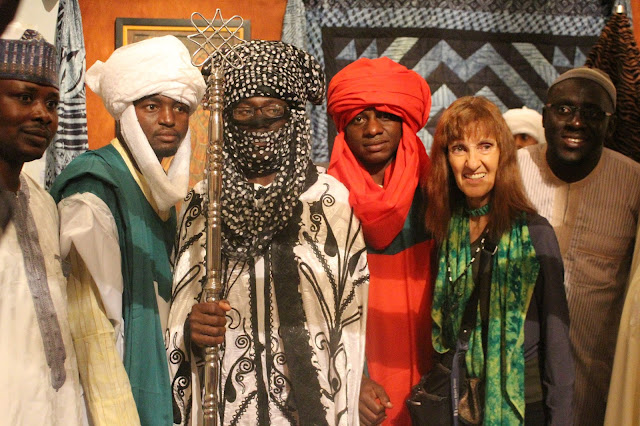 
The Europeans introduced materials and techniques that were new to the aspiring artists, but the Beier’s were careful not to tamper with Yoruba culture and traditional religion. So careful, in fact, that even now, Oshogbo art reflects that blending of modern methodology with Yoruba cosmology, including reverence for and reference to ancestral gods like Ogun and the river Goddess Oshun.


Oshogbo was a thriving arts community 50 years ago when an American food relief worker stumbled onto this hotbed of creativity and quickly got to know all ten visual artists whose works are currently on display at Nairobi Gallery, next door to Nyayo House.


’50 Years of Oshogbo: The Art and Artists’ is only the second time that works by these West African pioneers in contemporary art have been shown in Kenya. The first time was in 1972 when that former food relief worker, Alan Donovan, curated the first Nigerian Art Festival in Nairobi at the original Gallery Watatu.


Back then pioneer artists like Bruce Onobrakpeya and Jimoh Buraimoh came in person with their art. This time round, only one of the ten was able to make it for the formal opening of the Oshogbo show, the brilliant batik artist, Nike Okundaye.


But Nike’s contribution to the exhibition is more than her merely showing up looking regal as a queen in her indigo-blue gown and royal adire crown accented with her dazzling red beaded necklace. The award-winning textile artist, who is also the founder and managing director of the Nike Centre for Art and Culture (formerly the Oshogbo Art Centre) is the one who managed to pack up all 105 paintings, prints, batiks and metal works by the ten and ship them to Kenya late last year.


Only half that many managed to fit tastefully but tightly into the Nairobi Gallery. But those 50 works are reflective of the incredible creativity and diversity of style of Asile Olatunde, Bisi Fabunmi, Bruce Onobrakpeya, Jacob Afolabi, Jimoh Buraimoh, Rufus Ogundele, Muraina Oyelami, Twins Seven Seven, Y. Folorunsho and Nike herself.


She was just a young girl when she first met Donovan back in 1967. But as a child bride (and third wife) of the flamboyant troubadour musician and visual artist Twins Seven Seven, Nike was already an artist in her own right. As a little girl, she had learned to create the traditional indigo-blue adire cloth from her great grandmother. It was Twins however who showed her how to translate that talent into marketable batiks, which not only sold well both in Nigeria and abroad. They also inspired invitations from all over the world for her to both exhibit her batiks and also teach other women how to create adire textiles themselves.


Forty-seven years have passed since that first Kenyan-Oshogbo show. Out of the ten, three have passed on, namely Twins Seven Seven, Asiru Olatunde (whose son Florunsho carries on the family’s metal-work tradition) and Rufus Odundele. But the other seven have gone on to become world acclaimed artists who have nurtured world appreciation for contemporary African art.


Probably the best known of the ten, apart from Nike who trains women at her centre in the traditional art of adire-making (which was a dying skill until she took up the challenge to revive it), is Bruce Onobrakpeya.


Two of Bruce’s prints were in the recent Art Auction-East Africa curated by Circle Art Gallery. The other Oshogbo artists whose works went up for this year’s auction were Nike, Twins, Muriana and Rufus. All their works sold well at the Auction. They are also for sale at the Gallery. The exhibition will run through June.


Posted by Margaretta wa Gacheru at 11:33