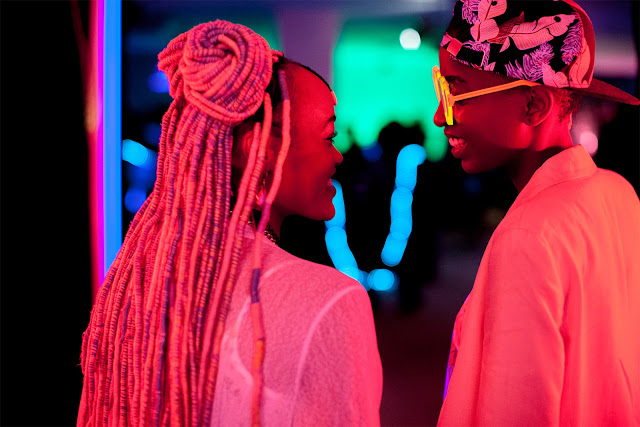 The ban on Wanuri Kahui’s brand new feature film by the Kenya Film Commission Board has sent a disturbing signal to Kenyan writers and artists of all kinds. Wanuri ought to be applauded not only for her courage, skill, initiative and artistic excellence.


But also because ‘Rafiki’ is the first Kenyan feature film to be invited to the most important and prestigious film festival in the world, Cannes, in France.


Yet there’s little doubt that the ban by KFCB’s self-appoint moral cop, Ezekiel Mutua, is bound to backfire. That’s because the world will see the film before either Mutua or the Kenyan public get to (for it’s unlikely that he has seen the movie). And when they do, there’s little doubt the ban will elicit immense sympathy from the judges at Cannes who implicitly are advocates of free speech and freedom of expression.

No one has any idea how tastefully Wanuri has presented the relationship between friends in her film. But we can be assured of one thing. That friendship is bound to be sweeter than the heterosexual relationships we have watched on stage over the last two weeks.


First came Zippy Okoth’s one-woman autobiographical performance of ‘Stranger in my Bed’ which examined the infidelity, insensitivity, sexual abuse and violence inflicted by Ricky, the husband on his wife, Zippy. 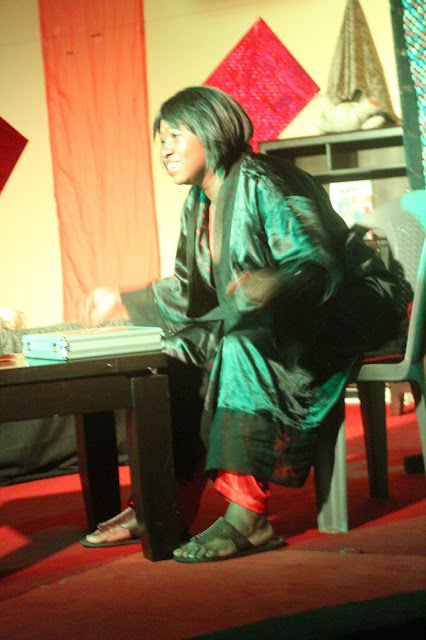 Then this past weekend, Back to Basics’ presented another view of heterosexual marriage in ‘Mutual Misery.’ Actors Joe Kinyua and Mary Mwikali (as Adrian and Audrey) were brilliant in their tragic portrayal of a loveless marriage that exposes the institutional entrapment that can result when two people lose the joy of being together, yet at least one of them (in this case Audrey) insists her spouse must stay. 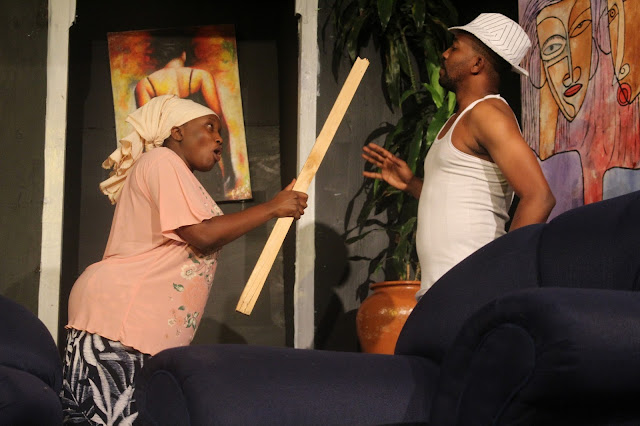 So Zippy gave us one woman’s perspective on the rationale for, as well as the agony of remaining (some say over-staying) in a loveless marriage. Meanwhile, Back to Basics, in a sense exposes the man’s point of view on marriage as an enslaving institution that needs to end when it’s obvious the love is gone between the man and woman. 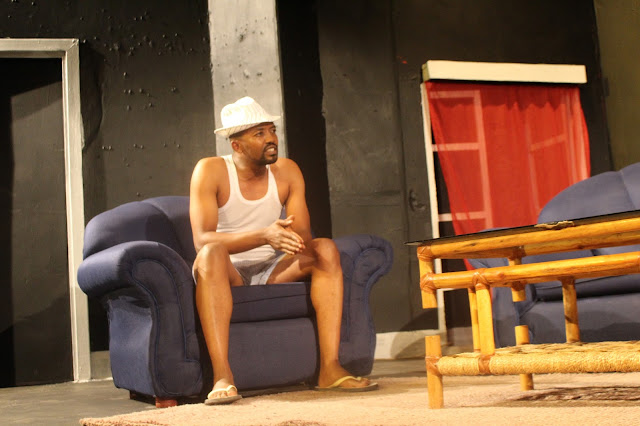 In both plays, the stigma of divorce is what the woman fears more than the man. It is also a major reason why the woman ‘fights for [her] marriage’, as Zippy puts it in her play.  We never meet her husband Ricky but his cruelty comes through loud and clear. And Zippy’s dramatization of her near-death experience at Ricky’s fist is so vivid and vigorous portrayed that we might think Adrian is slightly more of a gentleman than the ‘stranger’ Zippy was once married to. 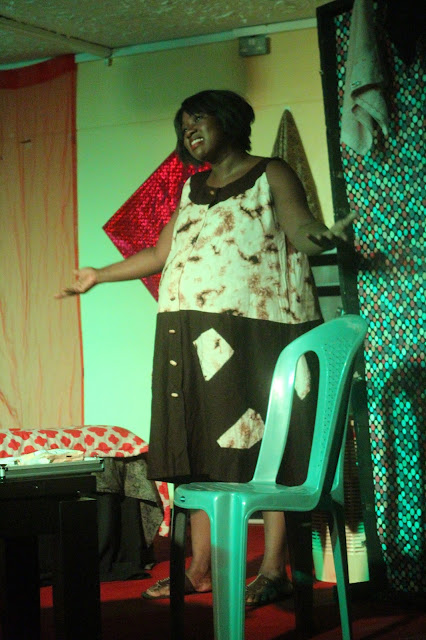 Adrian also beats up Audrey in ‘Mutual Misery’. But the advantage of this performance is the way the man’s frustration builds and builds as his wife refuses to accept what she knows is true: he has another lover and prefers the other woman to her. It’s a cruel reality, but at least Adrian is honest enough to confirm his wife’s suspicions (although it seems clear she would rather not know). 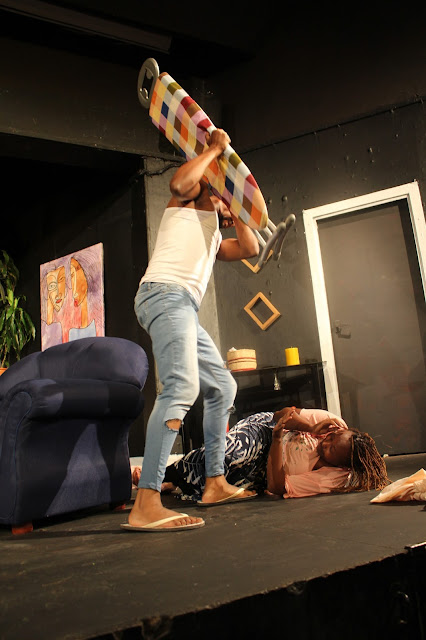 Audrey is adamant that Adrian stay, especially as she claims their original agreement (that they would split if the fire of affection ever died) is inapplicable since it was made before they had two kids.


Not all men beat their wives for the same reason as Adrian does in ‘Mutual Misery’. Some are like Ricky who beat Zippy out of jealousy and envy of this woman who had admirers and talents that far exceed his own. 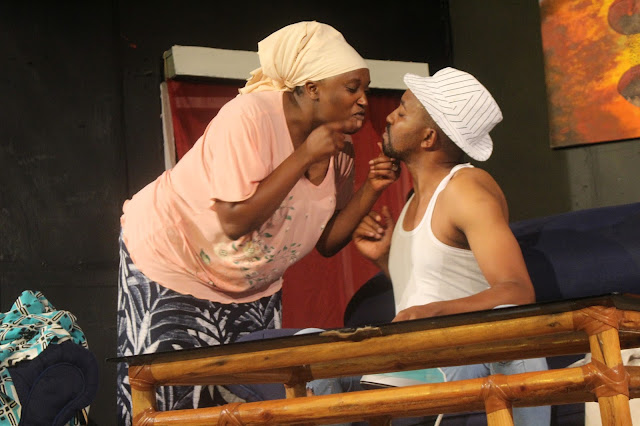 Either way, both plays portray marriage as a miserable institution that’s a far cry from the ‘happily ever after’ ideal that many children, mostly girls, are brought up to believe in. Fortunately, both plays were brilliantly acted with Zippy injecting dark humor in every scene, however pathetic her character may seem, and both Kinyua and Mwikali giving passionate portrayals of two trapped individuals. The fact that Adrian walks out and finds Mwikali three years later in a stew of self-pity helps us appreciate Zippy whose character ultimately sets herself free. 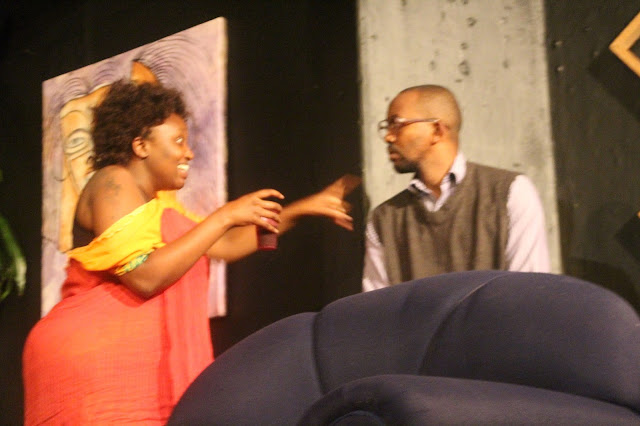 Adrian might not be a hero to all the wives who identify with Audrey. But for all who value freedom and the human right to “life, liberty and the pursuit of happiness”, I have to cast my lot with Zippy, Adrian and Wanuri as well. 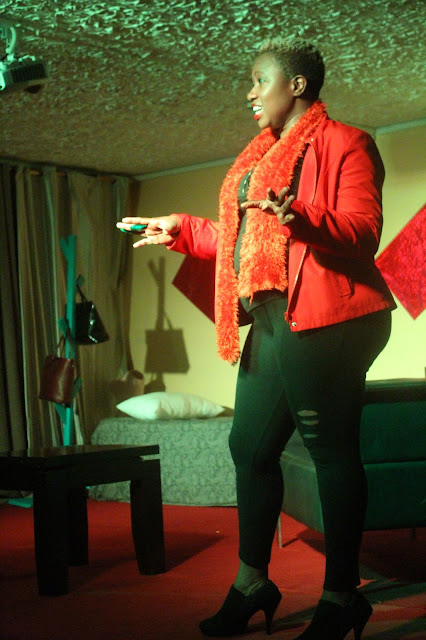 Finally, last night, Heartstrings Kenya opened in “Milk and Honey” at Alliance Francaise. And tonight Hearts of Art’s “What Can’t Kill You” by Walter Sitati opens at PAWA254 from 7pm. Both shows run through Sunday.

Posted by Margaretta wa Gacheru at 07:47