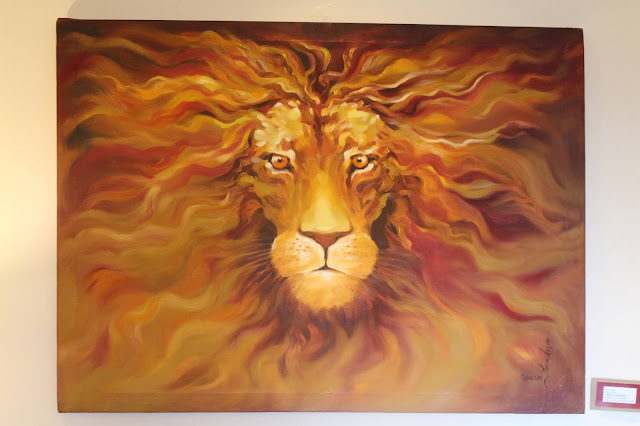 DINESH’S SOLO SHOW AT THE INTERCONTINENTAL

BY Margaretta wa Gacheru (posted 21 May 2018 for Saturday Nation)

Kenyan artists are ever exploring the local terrain for new spaces to display their art.
There’s prestige for an artist to exhibit their work in established galleries and art centers. But if you’re not near the top of gallerists’ lists of painters or sculptors to be put on display, then life can be tough trying to get your artwork into the public eye.
That’s why Dinesh Revankar is glad to have met the new Hotel InterContinental Regional Manager Oliver Geyer. He’s the main man in charge of all aspects of the Hotel’s Nairobi operations, including the décor and what hangs on the walls. 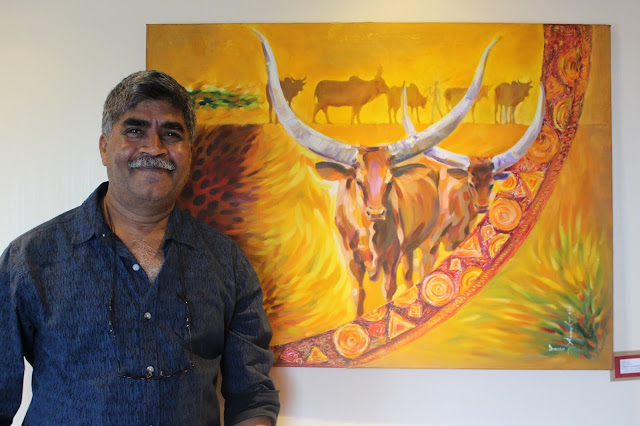 Dinesh had already been selling his work in the African Heritage Gift Shop inside the Hotel. But once he realized that Mr Geyer had been the person responsible for Ruth Nyakundi’s exhibiting her art all around the lobby area of the ‘Intercon’, he introduced himself to the Regional Manager and asked if he could do the same once Ruth’s show had closed. And that is how it happened that Dinesh now has what amounts to a major solo exhibition at one of the leading five-star hotels in town.
Fortunately, the artist paints in a wide variety of styles, so that one can walk from one end of the Hotel to the other and see a rich assortment of artistry. There’s everything from wildlife and Kenyan landscapes to abstract art and iconic Kenyan imagery such as the Migration in the Maasai Mara, traditional Turkana dancers and Savannah sunset. As such, the passerby might not even realize that all the art is by one person, except Dinesh has carefully labeled all his works including prices and his personal contacts.
Such comprehensive labelling is not normally displayed in gallery shows, but the Hotel is not a gallery, according to Mr Geyer. 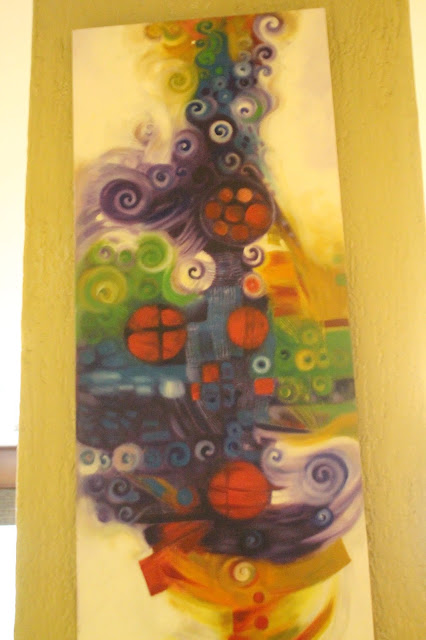 In fact, it is not even company policy to regularly hang local artists’ works in Intercontinental Hotels. But as every regional manager is in charge of his hotel, Mr Geyer sees part of his social responsibility to his guests to introduce them to a bit of Kenyan culture and art. At the same time, his policy is also not charge the artist anything like a commission for his or her sales, which is why Dinesh includes his email and phone number on all his labels.
The practice of putting local artists’ works up on his hotel’s wall actually began for the German-born manager when he was based in Muscat, Oman. “It was in Oman that I met an American independent gallerist who was especially concerned about promoting Omani women artists. I liked the idea and began doing the same through exhibiting their work in the hotel,” he told Saturday Nation. 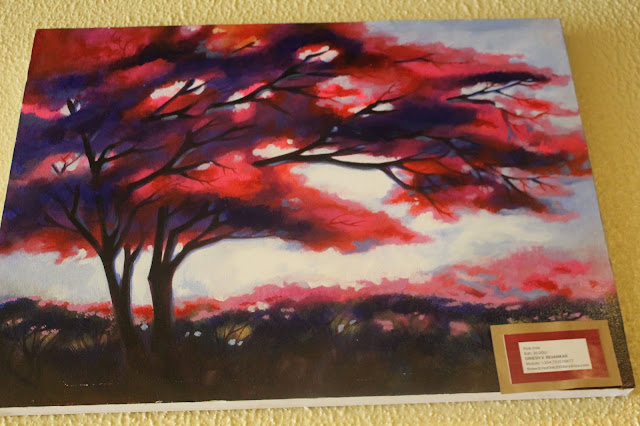 That is also why, when he came to Kenya, he wanted to continue the practice of exhibiting works of local women artists. “But as I didn’t know how to find them, I began looking through the hotel’s storage and I found work by Ruth,” he says.
“I contacted her and invited her to bring her paintings. We had them up in the hotel for almost one year,” he adds.
Two of Ruth’s large paintings remained behind at the InterContinental in the reception areas. Meanwhile, the rest of the wall space on the ground floor is filled with Dinesh’s art.
It’s also in the Business Centre as well as in main dining room known as The Terrace, the Executive Lounge upstairs, and even in the Presidential Suite. 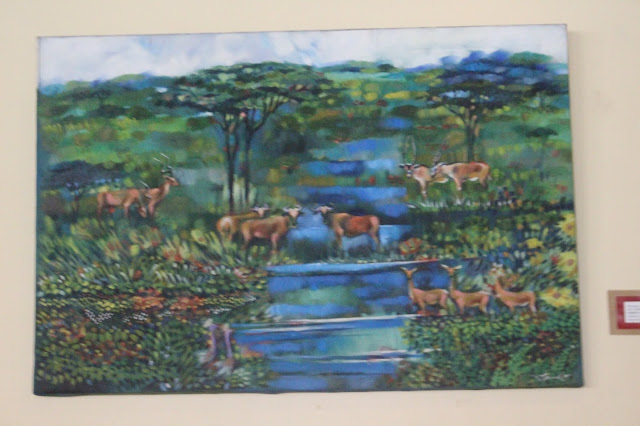 Personally, his lion in the Executive Lounge is my favorite. But then, the Presidential Suite was occupied on the day I came to see what Dinesh considers to be his finest pieces, so I’ll reserve final judgment. 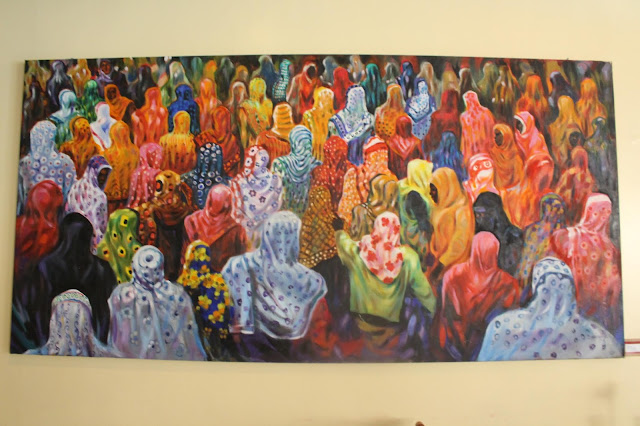 Dinesh is a native of Mumbai and came to Kenya in the mid-1980s. He has worked as a graphic designer, illustrator and fine artist who often gets calls from guests in the hotel who like a particular painting but feel it’s either too big or too small for their needs. So he’s become something of a customizer, meaning an artist who agrees to duplicate his art to accommodate his new client’s need. “It’s no trouble for me and I’m happy to complete the sale,” he adds. 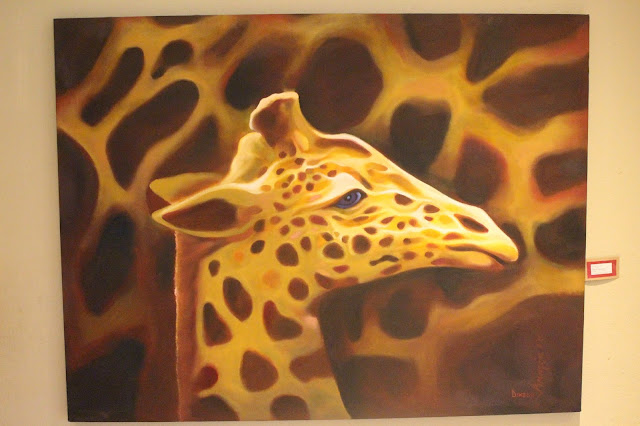 Posted by Margaretta wa Gacheru at 08:29