WAZI? FM AS CONTROVERSIAL TODAY AS BEFORE? 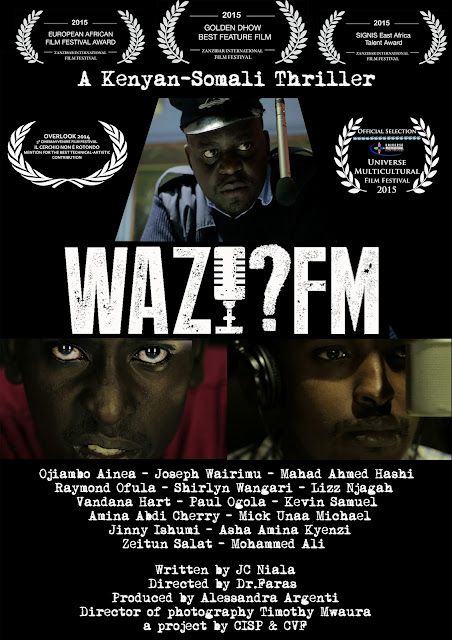 After Wanuri Kalua’s ‘Rafiki’, there are few Kenyan films that have generated more controversy than ‘WAZI? FM’. The story of the community radio station that caters especially for urban refugees, and specifically Somali refugees sent up a red flag among members of law enforcement. So much so that despite the film (which stars Joseph ‘Babu Wairimu, Abdi Hakim Mohammed and Lizz Njagah] winning multiple awards at the Zanzibar International Film Festival (ZIFF) in 2014, (the same year it was premiered in Kenya) the film hadn’t been shown since then. 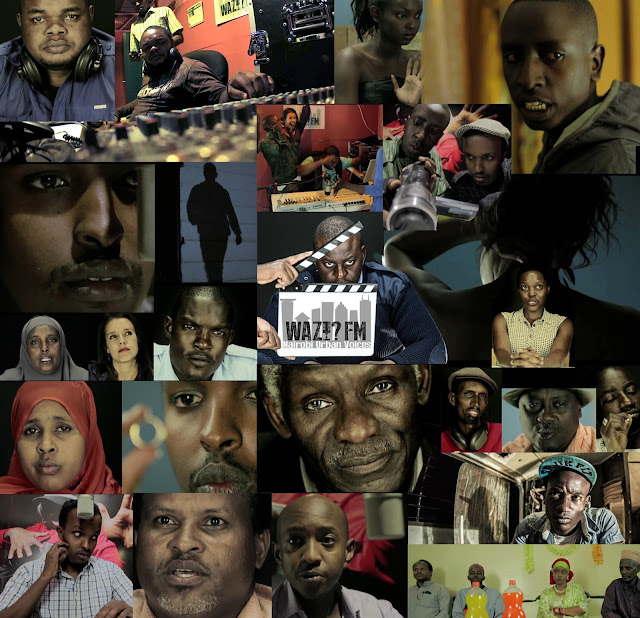 It’s only now that the 17th European Film Festival gave sufficient attention to balancing European and Kenyan films in the Festival’s month-long scheduling that ‘WAZI? FM’ finally got to be re-screened at the August 7th Memorial Park late last week. It will be shown again May 25th at Kenya National Theatre.

Ironically, the Park is memorialized for being the site where the United States Embassy formerly stood, but was tragically bombed by terrorists back in 1998.
What made ‘WAZI? FM’ controversial initially was a matter of timing. The film was being made just when the Westgate massacre hit Nairobi hard, leaving emotions running high and a story meant to highlight the challenges faced by urban refugees a super-sensitive subject.
The other hot topics were those of corruption, refugee rights and police harassment of urban refugees. Scripted by the Kenyan playwright JC Niala, assisted by Joshua McNamara, the film was made with a minimal budget, but with a marvelous cast that included Raymond Ofula, Paul Ogola and a slew of young Somalis who’d never acted before in film, but gave authentic performances which gave the movie a refreshing and realistic feel.
There are aspects of the refugee community and Somali culture interwoven in the script. But there’s also a mystery that ensues once Moma disappears. It’s resolved by ingenious means at the film’s end but before that transpires, there’s heightened suspense, including the issue of Moma’s love life.
The film’s director Vincenzo Cavallo says he’s grateful to the Festival organizers, especially Harsita Waters and Nyambura Waruingi, the Festival’s curator for getting the film passed the Kenya Film Classification Board.
Today ‘WAZI? FM’ doesn’t seem quite as controversial as it did four years back. But it still addresses issues that are salient and timely today. This is true of other Kenyan films in the Fest such as 18 Hours, The Cut and Let this be a Warning.

Posted by Margaretta wa Gacheru at 08:58