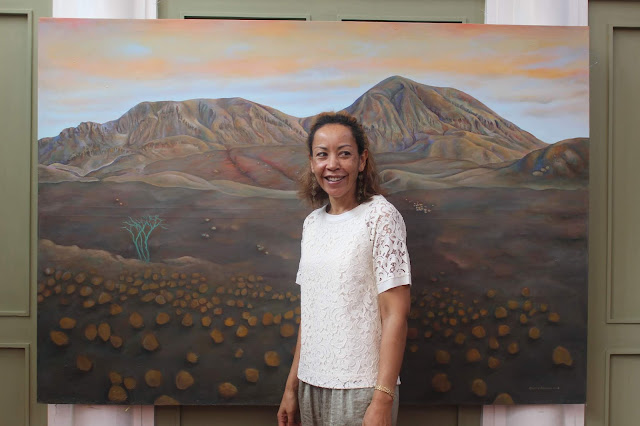 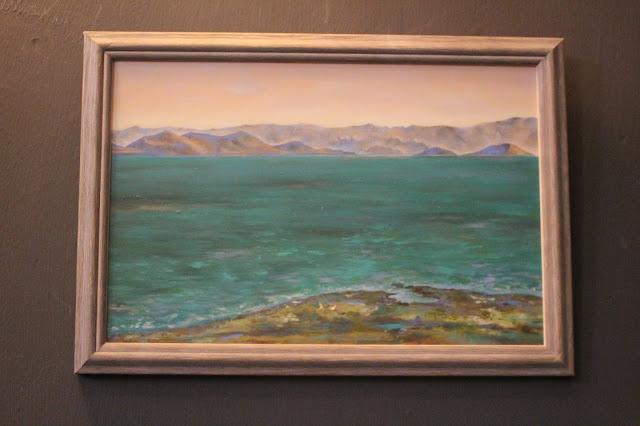 Whenever I hear Camille Wekesa’s having an exhibition, I have to be the first in line to see what this extraordinary Kenyan artist has conjured up out of her most fertile imagination.
It hasn’t mattered if she was the artist exhibiting or if it was a show she was curating, something I have seen her do several times in the past few years. One time, it was at the CFC Stanbic Bank where she’d assembled an awesome array of original portraits by Kenyan artists. She’d been inspired when visiting the Bank’s home base in UK and found it had a massive portraiture collection which it had been growing for many years. I never found out if any of the paintings in her show became part of the bank’s ‘mother’ collection. But in a sense it didn’t matter since a myriad of local art lovers appreciated Camille’s ambitious initiative. 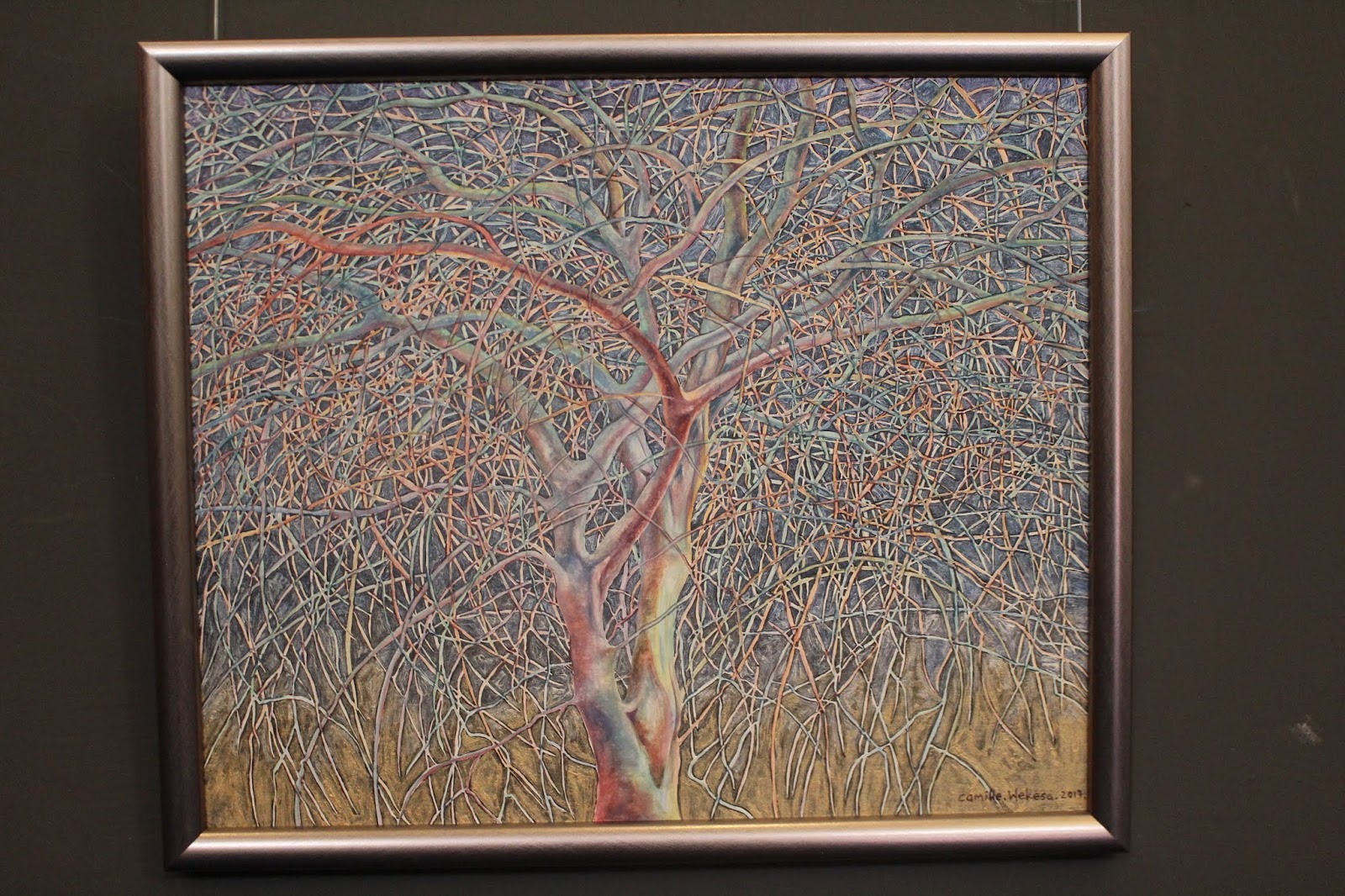 The other show that she curated was destined to be exhibited in London (just like the one she’s about to have in early June). That exhibition was a two-hander in which she shared the ‘billing’ with one of Kenya’s leading pioneer painters, Ancent Soi. Camille’s and Ancent’s paintings were previewed at the Russian Embassy for a week in 2012 before they were shipped off to UK where the two artists had a successful show at the Deborah Gage Gallery of Art on Bond Street.
It wasn’t long thereafter that Camille moved up to Nanyuki where she’s been painting practically nonstop ever since. Between then and now, she had one elegant one-woman exhibition at Red Hill Art Gallery. She’s also been creating massive murals up at the Lewa Conservancy in Laikipia. 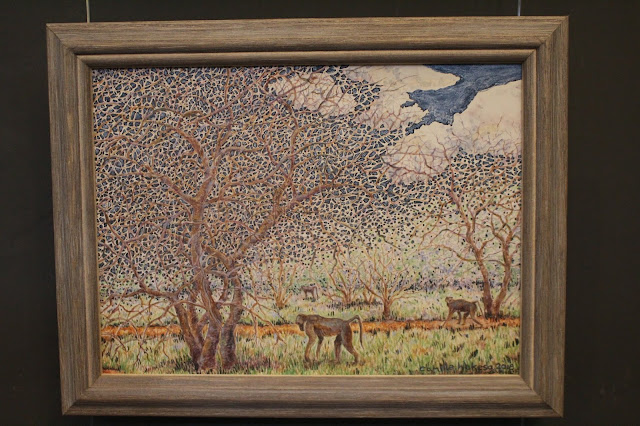 But Camille has also taken some time to visit some of the most scenic spots in this country, two of which are being exquisitely featured in the show she’s about to have in UK from early June.
‘Jade & Silver’ is the name Camille has given to the body of works she’s painted over the last year() and which reflect her awe-inspired experiences while visiting Lake Turkana and Tsavo Game Park. 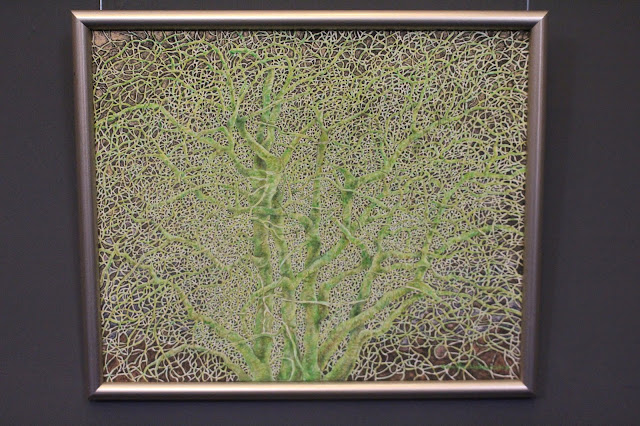 “Lake Turkana is also known as the Jade Lake, and as I was so spellbound when I first saw the lake, I wanted to keep the name in the title of this show,” says Camille whose landscape portraits of that part of the world are just as primordial, pristine and powerful as I remember that region to be when I first went there some time ago. She captures the majesty of those craggy mountains, a terrain that also feels as if it might have once been an abode or maybe just a resting place for spirits or extraterrestrial gods. 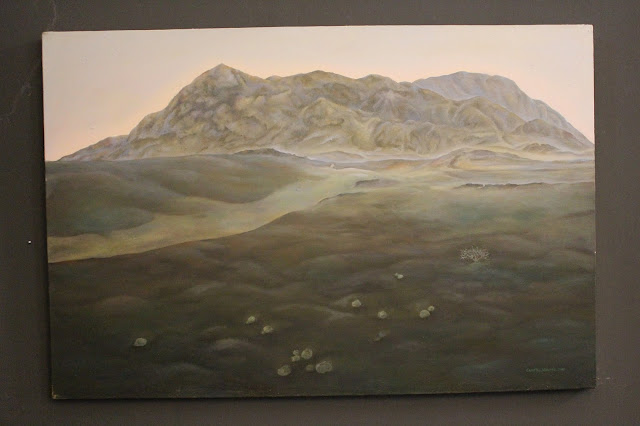 Out of the 30 odd paintings in her Jade & Silver show, only five or six reveal Camille’s humble fascination and almost reverential feeling for that ‘in the beginning’ effect of Turkana. The rest reveal another kind of awe that she experienced, this time when she visited Tsavo Park.
Tsavo’s a place she’s been to many times before, but when she went late last year??, the land was dry, the trees were plentiful but barren of leaves. And the day she visited, her vision of the landscape resulted in her creating a whole series of singularly delicate and dazzling trees whose branches are intricately interlaced in shimmering silvery mesh. 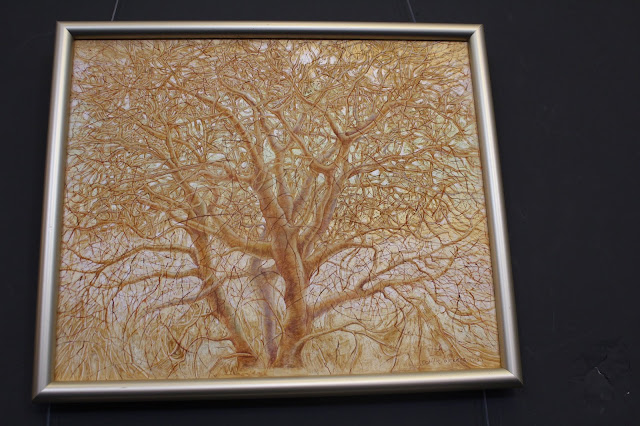 “Each tree took many days to complete,” says Camille whose painstaking labor painting countless filigreed lines, curves and intersecting branches is a marvel beyond imagining (almost).
Another Kenyan artist, Mary Collis, was on hand for Camille’s Nairobi preview of Jade & Silver and suggested that her tree paintings were so precious it would be a pity if they weren’t kept intact, that is, if one individual, art institution or museum couldn’t buy them all at once. But she’d painted over 20 trees, that might not be practical for one individual although a museum could probably be able to. 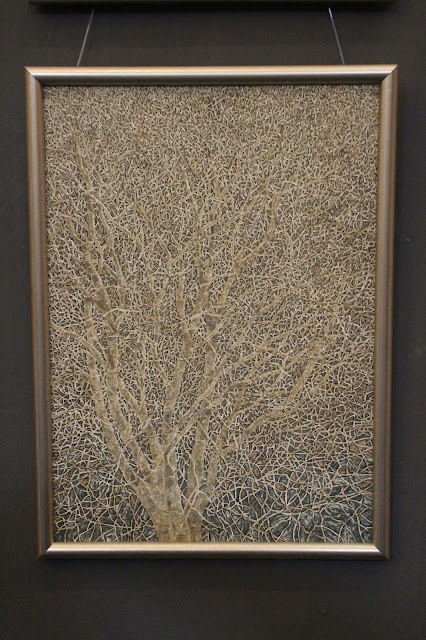 Mary, I and others had been privileged to be at Camille’s one-day preview of Jade & Silver which she’s curated and hung at the Muthaiga Country Club. The Saturday before she’d also had a one-day preview exhibition not so much to generate sales, but as to get public feedback, which was wholly affirmative and utterly in awe of what she’d achieved. For especially with the Turkana paintings, Camille captured a super-realist verging on a surrealist feeling of that timeless region can conjure in one’s mind. 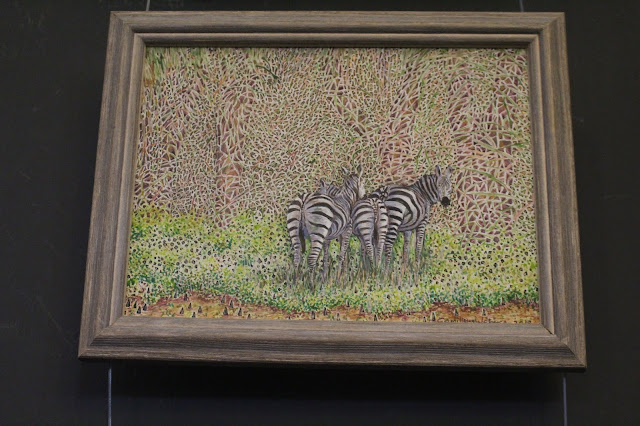 Posted by Margaretta wa Gacheru at 04:03