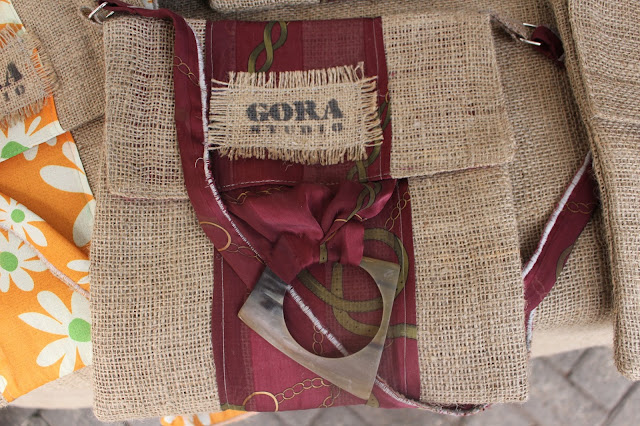 THE BAG FOR ALL SEASONS


By Margaretta wa Gacheru (posted 7 May 2018 for Business Daily)


When Gordona Rajnocic couldn’t find linen on Biashara Street or in any other fabric shop in town, she went for the next best thing (in her mind) to substitute for that elegant, yet sturdy fabric. 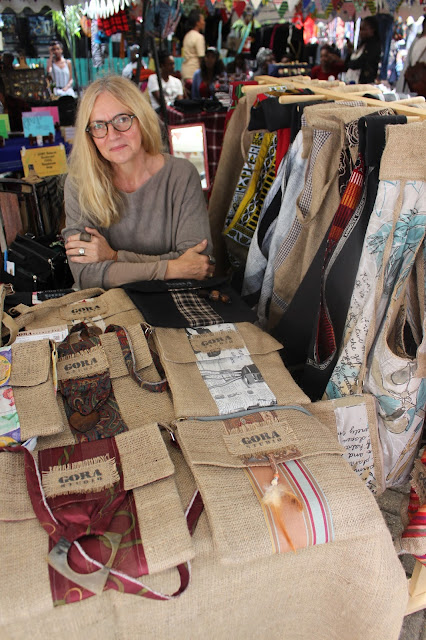 Surprisingly, that was hessian, also known as burlap. In Kiswahili, that same durable material is most often referred to as ‘gunia’, which seems to be derived from the English term ‘gunny sack’.


The gunny sack was made out of hessian and mostly used to carry big bundles of either potatoes or cabbages, fruits or other vegetables. And as the woven material is made out of either sisal, hemp or jute, it’s normally coarse and rarely compared to linen, except by someone with an imagination as inventive as Gordona’s.Trained to be an art historian at the University of Belgrade when Belgrade was still the capital of Yugoslavia (now the capital of Serbia), Gordana didn’t imagine she’d one day be creating designer handbags out of hessian cloth.


But then, what’s even more unlikely is the idea of creating exclusive handmade sling bags out of burlap combined with silk or hand-embroidered doilies or pure cotton. 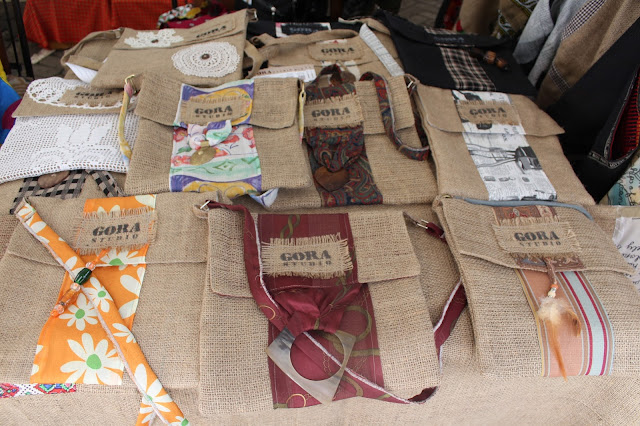 But when you meet Gordona on any Sunday at the K1 Flea Market or at any one of a dozen other up-scale craft markets that have sprung up around Nairobi in recent times, you will see that she’s done just that and much more.


All her handmade, one-of-a-kind sling bags are also accessorized with either glass beads from Kitengela Glass or hand-carved animal horn or bone or brass medallions that she’s picked up along the way.


But sling bags are just one style of hessian bag that Gordona’s been creating in the last year and a half since she first taught herself to stitch with a sewing machine and established her Gora Studio brand.


“We’re still a small scale studio, and I’m the one who stitches all the bags,” says Gordona whose yoga teacher found her one retired seamstress who helps her with the finishing touches on all the bags. 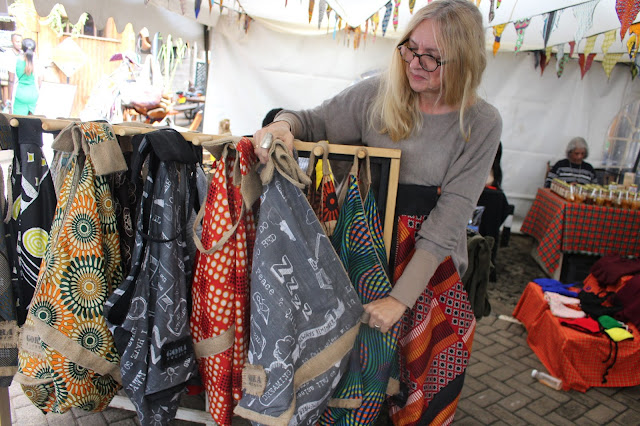 Otherwise, Gordona taught herself to use a sewing machine with the aid of YouTube and the Internet. “I’ve only been at it less than two years. But I kept looking for things to have in my home and couldn’t find what I liked,” she says, noting that her business all began when she couldn’t find a simple bed cover that she liked.


“So I decided I had to make my own,” says Gordona who’s been in Kenya with her family since 2006. Before that she was living six years in Botswana where she became a trained massage and aroma therapist.


She hasn’t done much massage work since coming to Kenya. But as she takes yoga classes, her first orders were for yoga bags. Then came the square shopping bags with khanga colored straps. After that, she came up with the chic sling bags. 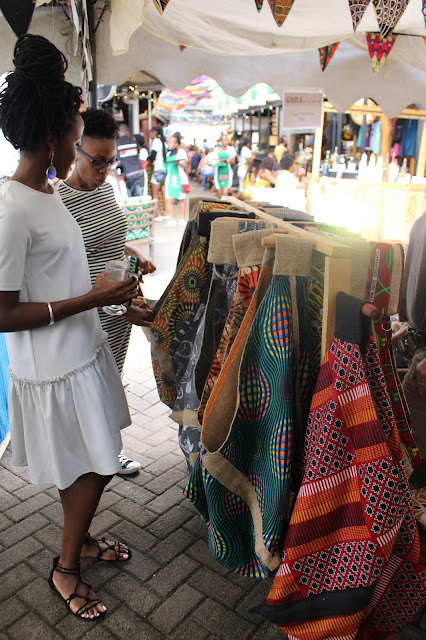 “But I wanted to create something never seen before and something that couldn’t easily be copied. Plus I really like big bags that are trendy but functional,” says Gordana who devised an original formula for making what she calls the ‘Origami bag’.


She says that in the same way the Japanese art of paper-folding creates unusual shapes, so she’s assured few will be able to figure out how her origami bag is not only reversible – with earth-toned (or black) hessian on one side and decorative cottons on the other side. It also hangs over one shoulder in a way one can easily throw in all kinds of personal items and still have the bag looking chic, trendy and modish.


Gordana points out the Origami bag is especially good for traveling since it’s durable enough to carry almost anything. It also drapes well so it isn’t easy to see how voluminous the inside is.


“It isn’t only women who buy the origami bag,” says Gordana. “Even men get them since they don’t look especially feminine. They just look functional,” she adds. 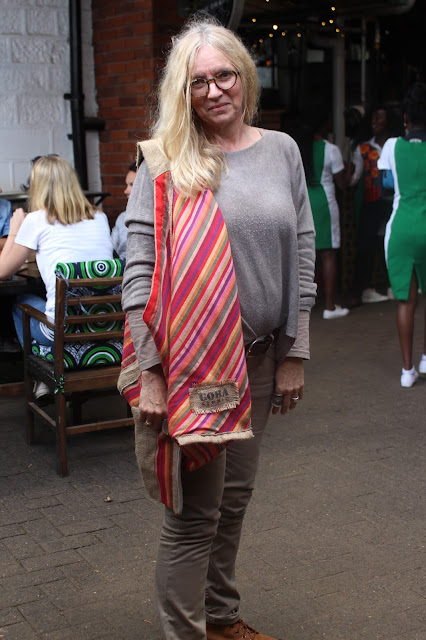 Gordana personally carries an origami bag that’s earthen-toned hessian on one side with the inside covered in an equally organic-colored cotton design.


But she makes her bags with an international as well as a local market in mind. “Gora Studio is still small, but I want the bags to be wearable whether someone is traveling abroad where people’s color sense is more muted, conservative.


“Or if they like bright colorful kitenge combined with the hessian, I make both those styles so they can be suitable for anyone.”
Posted by Margaretta wa Gacheru at 10:55