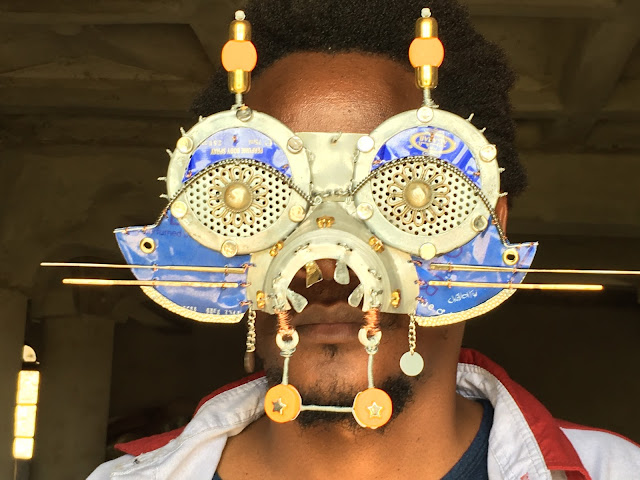 
By Margaretta wa Gacheru (posted 22 May 2018 for Business Daily)


It isn’t every day that a Kenyan artist is invited to be keynote speaker at a forum hosted by the Smithsonian Institution in Washington, DC. And not just to speak about “Re-visioning Africa through the Creative Lens of Cyrus Kabiru,” as his talk was entitled. 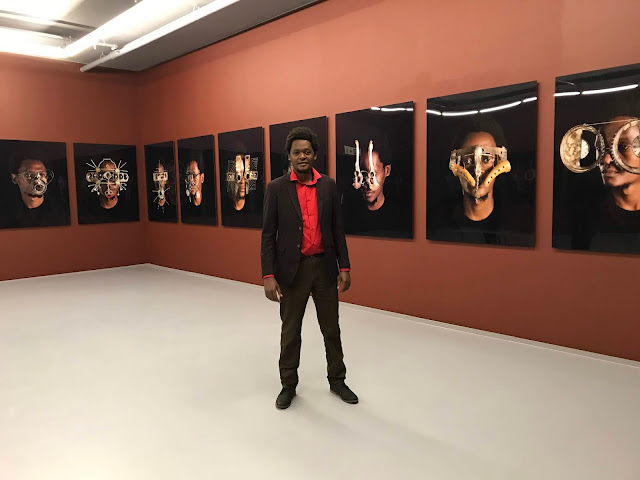 Cyrus in the room given him at Zeitz MOCAA Museum of Contemporary African Art
Cyrus was also invited to run an afternoon workshop at the Smithsonian National Museum of African Art on the same topic last Saturday, 19th May.
Cyrus has kept well out of the limelight in Kenya, despite his ‘C-Stunner’ sculptures gaining worldwide acclaim. Indeed, Kenyans are hardly aware that his hand-wrought wire specs (which one writer described as “surreal and phantasmagorical creations”) have been on the cover of numerous arts and fashion magazines. He’s also been invited to exhibit, speak and participate in workshops all the way from Los Angeles and London to Milan, Tilburg, Holland and Cape Town to name a few of the myriad cities his art has taken him to. 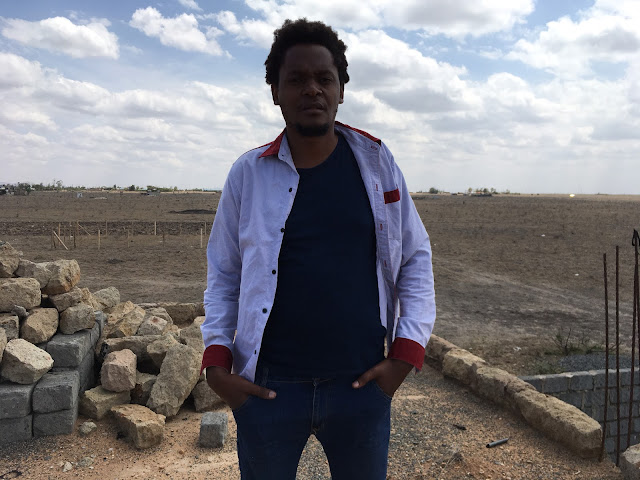 Most Kenyans probably don’t know that for years, Cyrus had been creating his so-called ‘junk art’ at Kuona Trust (now Kuona Artists Collective). Creating crocodiles and other creatures out of soda and beer bottle tops that he’d collected from local bars, Cyrus had started working with the only ‘art materials’ accessible to him (namely junk) many years MAC discover that the wiry specks were major hits among visitors who passed by Kuona Trust. 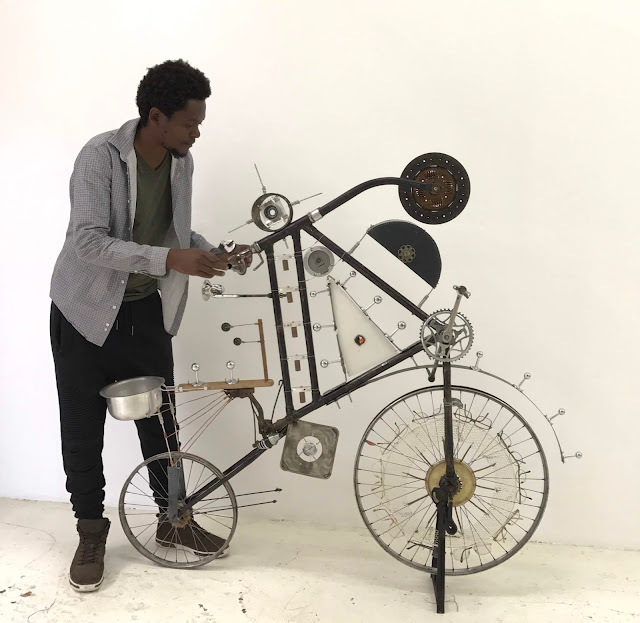 Much has changed since then. Still, it must be humbling for a man who frankly came from a humble roots himself, growing up in Korogocho (the site of one of Nairobi’s largest garbage dumps), to explicitly have his ‘futuristic C-stunners’ be described as an inspiration for others to come appreciate and even emulate. 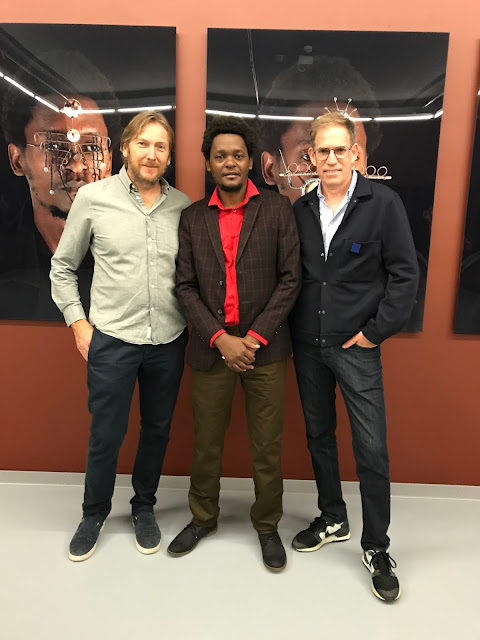 Cyrus with the founder of Zeitz MOCAA, Dr. Jocham Zeitz and an art collector
But Cyrus hasn’t only been a hit in Europe and the States. He is also represented in South Africa, both at the SMAC Gallery in Cape Town and in the permanent collection of the largest contemporary African art institution in the world, the Zeitz MOCAA (Museum of Contemporary African Art) also in Cape Town. Only one of two Kenyans to be included in the Museum’s permanent showcase of African art, (Wangechi Mutu is the other one), Cyrus has just one problem these days. And that is finding sufficient time to come home and create more wonderful C-Stunners. He’s a man in public demand. 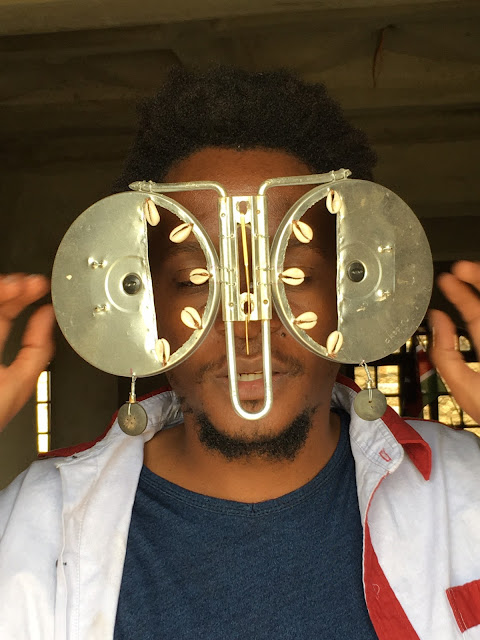 Posted by Margaretta wa Gacheru at 00:32