STUDIO SOKU HAD MIGHTY YET MINIMALIST PUNCH ON OPEN DAY 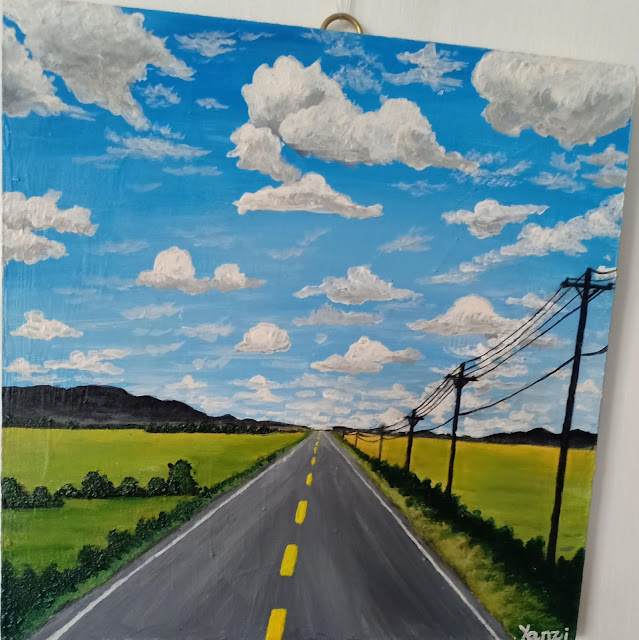 Njogu Kuria, Jeremiah Sonko and Jeffie Magina are not impatient men. But they are artists on the move, who weren’t prepared to wait for some donor organization to decide art was a worthy project to support for a time. Nor did they want to ‘do their thing’ with someone else’s ‘strings attached.’
They had a purpose, a plan and the passion to carry them through. They wanted to bring up a new generation of young Kenyan artists, sharing their knowledge and artistic skills with young ones willing to be mentored by guys more seasoned in the local Kenyan art world than themselves. 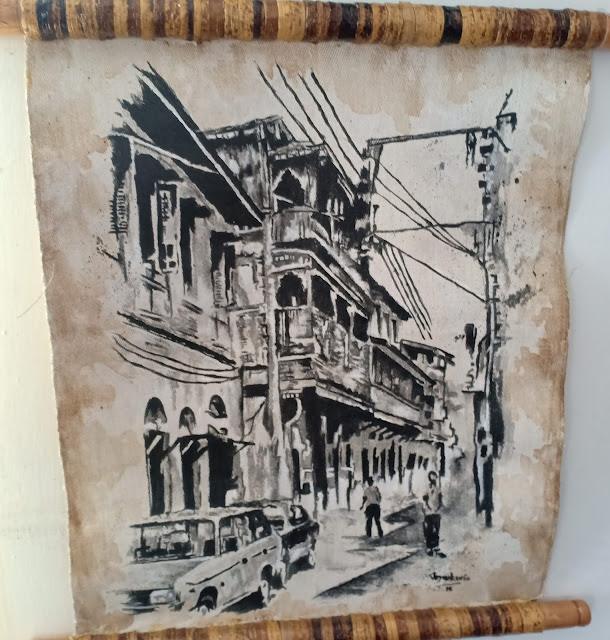 
And so, what did they do? Kuria and Sonko had already established Studio Soku (So for Sonko and Ku for Kuria = Soku) in South B some months before Jeffie Magina joined in. Following in the footsteps of artists like Adam Masava of Mukuru Art Club and Boniface Maina, Michael Musyoka, David Thuku and the rest of Brush tu Artists Collective, they found a cozy corner in suburban Nairobi and rented a flat. 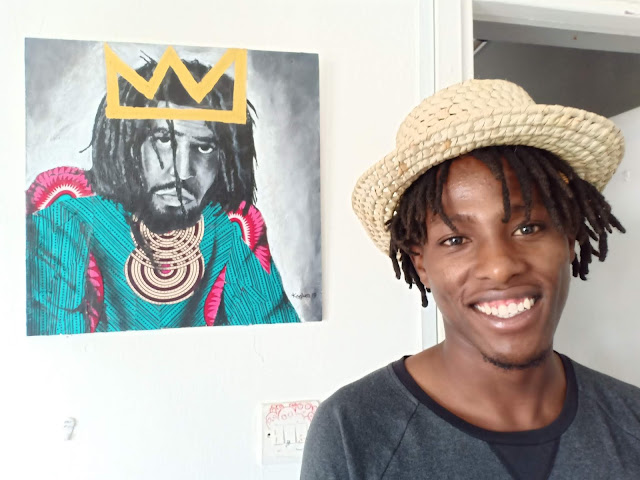 The Musician by James Kagima

Their upstairs three-bedroom apartment might have seemed an unlikely space to set up what was soon to become a mentorship training centre and burgeoning artists community. But that is what has happened since last June last year, after the trio had put out an open call on social media for artists to come join Studio Soku’s free three-month self-funded Mentorship Program.
“We were ten from the start and we have been together ever since,” says Joyce Kuria, who is busy putting last minute touches on the ‘Affordable Art Exhibition’ that is one facet of Soku’s Open Studio Showcase on 4th May that is also featuring ‘custom-made’ apparel including hand-painted denim jackets and appliqued jeans. 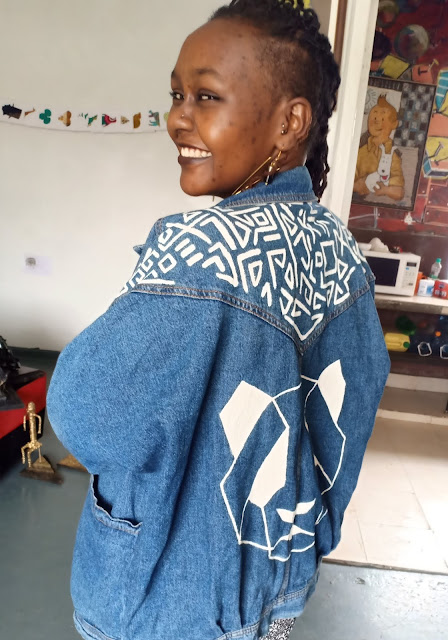 It might be difficult to imagine how the ten (plus several more) young artists, including writers, musicians, sculptors, photographers and painters could all be exhibited in the minimalist flat originally meant for Railway workers. But clearly, the group had given much thought to ways they could all fit into the space.
For instance, several artists including Joyce, Daisy Buyanzi and Husna Nyathira all painted miniature pieces that fit comfortably on the first wall that you see as you climb the stairs and enter Studio Soku. Meanwhile, Jeffie also took the minimalist route, creating colorful ‘monster’ stickers that look like aliens emerging out of his darkest fantasies. 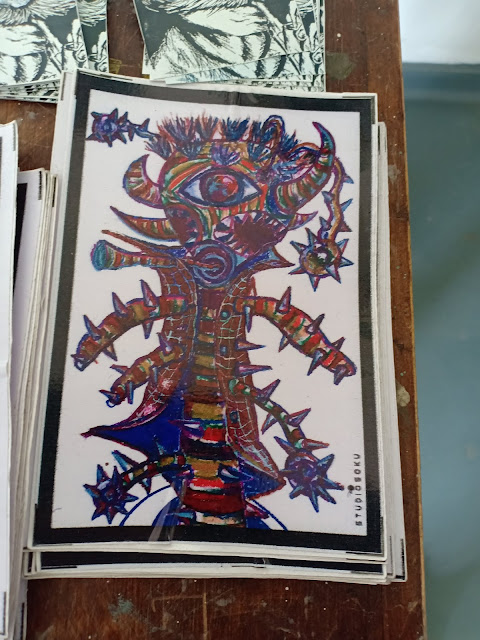 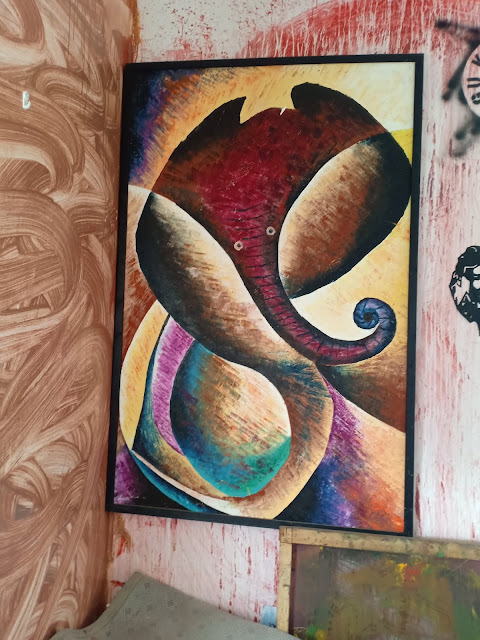 But it’s Magina whose inspired hand and heart may be the most conspicuous on Open Day since he has selected walls, ceilings and doors as his ‘canvas’ of choice.  In the kitchen, for instance, he’s spray-painted colorful designs that seem to be telling graphic stories. They are not quite in a graffiti-style but they translate the mood of Studio Soku which is one of exuberance, freedom and joy.
So despite the mentorship program having technically ended after three months, the mentees continue to learn much from the resident artists who continue to keep them appraised of the exhibitions going on in town and where to go to meet fellow artists at work much as they are. 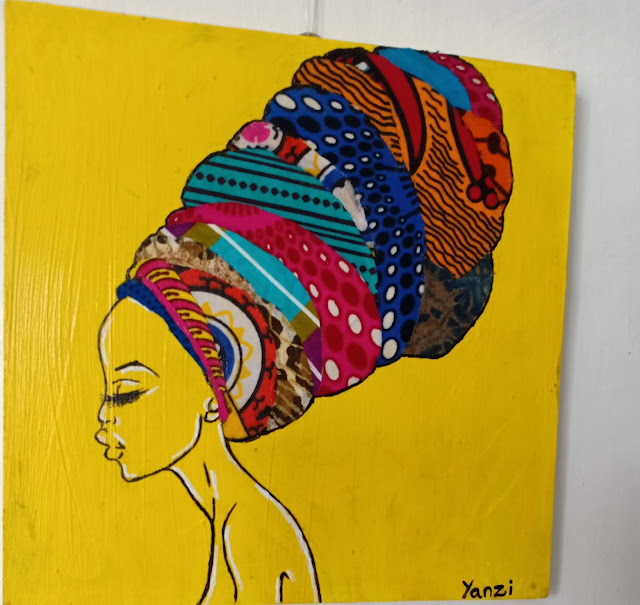 “We have been to places like Brush tu, Dust Depo and Kobo Trust,” says Joyce who has been happy to also learn about art marketing and management at Soku, given Njogu studied project management at Moi University and Magina is a certified public accountant.
In fact, Joyce and Daisy already have their own brand of painting which they call ‘Wet Paint’. One of their works is giving visitors to the Open Studio an opportunity to see what they do, combining their creative resources to make interesting paintings. 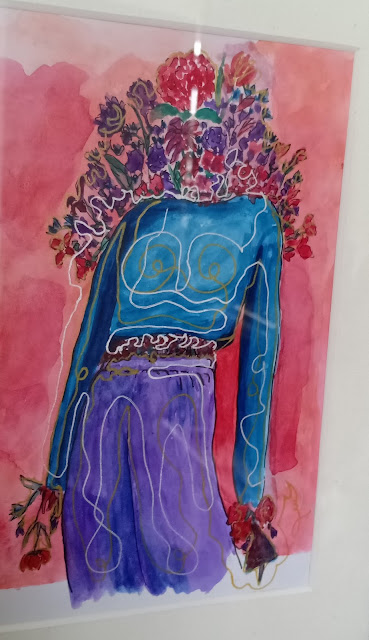 One Line painting by Husna Nyathira

Meanwhile, Studio Soko is showcasing artworks the Rwandese artist Jean Baptise Rukundo in a show entitled ‘The Sheep and the Shepherd’ which will open 12 May and run for the month.


Posted by Margaretta wa Gacheru at 09:52