THE KARANJA'S HAVE A PASSION FOR PLANTS 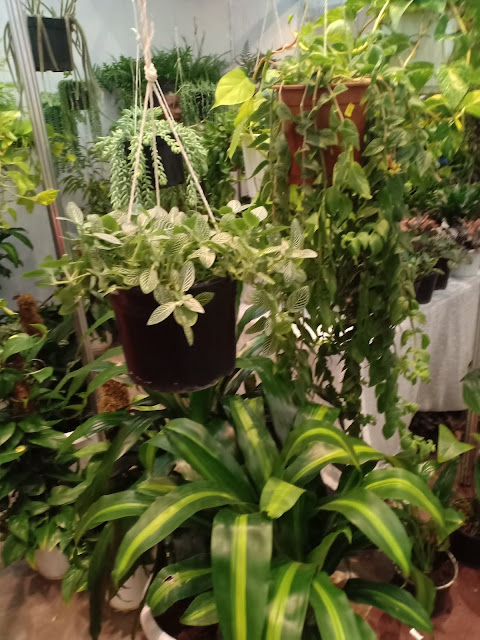 Stephen and Agnes Karanja, the ‘Plantcare Gardeners’, were the only horticulturalists at last week’s Home and Gardens Fair at Sarit Centre. It was a wise decision (to take part) on their part since all the other venders, apart from the garden furniture people, were concentrating on showing items suitable for the home.
And despite their only having one stall in which to show off their plants (unlike some venders at the fair who occupied three or four), they were able to turn their far-end of the Fair into a mini-forest that looked lush, healthy and deep green in hue. 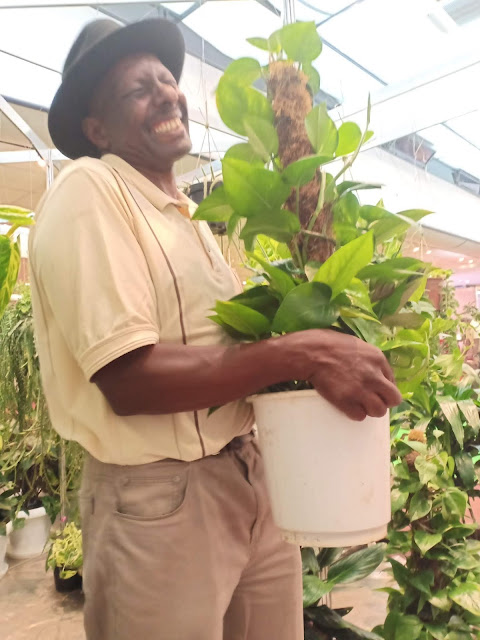 Agnes says most of their flowering plants were not in season. Nonetheless, the few that they brought from their Tabuga Nurseries in Tigoni, Limuru were swiftly sold before noon on the first day of the Fair which was Labor Day.
The Karanja’s are clearly experienced showmen since they knew exactly how to utilize every inch of their stall, filling it with all different sizes and shapes of potted plants. There were succulents, looking sweet yet prickly, on one table where Agnes was also busy writing receipts and keeping track of the accounts. 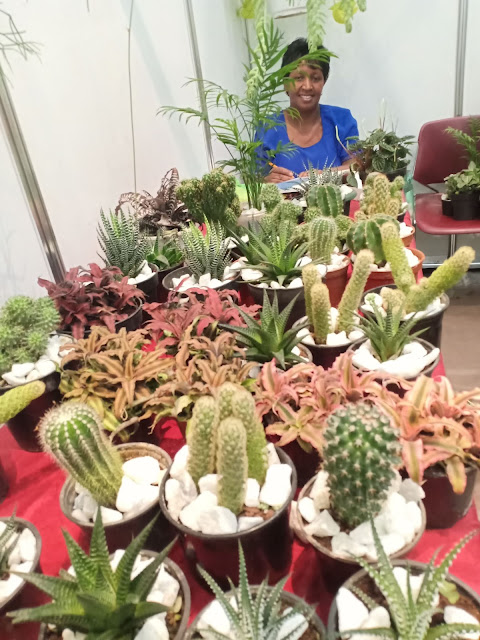 Agnes Karanja with her succulents and Donkey's Tail

The rest were a wide variety of leafy plants, many of which filled the floor, leaving only a narrow walkway for visitors to slip through and select the plants they planned to take home. But there were even more pots hanging from the Sarit ceiling and enhancing the feeling that the Plantcare Gardeners had created a sort of enchanted plant sanctuary at their display area.
When Agnes tells BD Life they grow all of these plants in a quarter of an acre, we are dumbfounded, incredulous. How could this be?
She explains it is not a mystery since they have seven green houses on that quarter-acre. “When I came to the Nurseries, Stephen already had two. We have built the rest over the years,” she says. 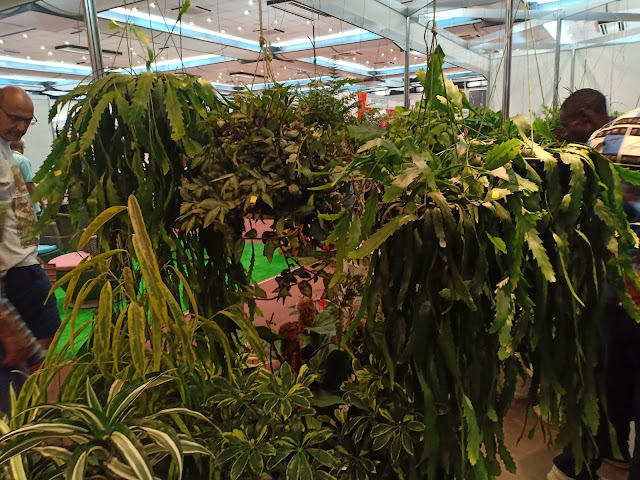 Our conversation is interrupted by shoppers buying several potted plants at a time. Agnes helps them out with woven bags so they can easily carry their pots home.
But we are worried. It is not yet mid-day and the succulents and others are flying off the table, such that we wonder if all their pots will be gone by the time our plant-loving friends have a chance to see the variety of greenery that the Karanja’s have got. Agnes says there is no need to fret since there are plenty more plants at the Nurseries and Stephen is ready to go and get more if need be.
Meanwhile, Stephen is busy making sales and telling visitors about the plant varieties on display. One couple is busy contemplating which plants to buy and in which places in their house will the plants reside. While they do, Stephen steps aside and admits, “I have always had a passion for plants,” he says. He clearly enjoys his life work. 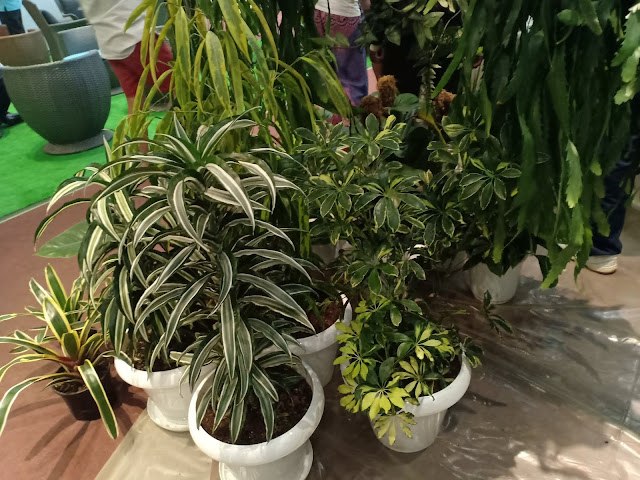 In addition to running their seven green houses, Stephen also does landscaping work whenever called. But the green houses are practically a full-time job. “We only use [organic] compost to fertilize our plants,” he says, adding that since the green houses provide a controlled environment, he rarely if ever uses pesticide.
Outside his green houses, the Karanja’s do grow vegetables and fruits for their own consumption. But since the family business relies on the sale of their potted plants, the green houses are reserved for them.
Admitting his plants are fortunate to not have experienced the recent drought which has destroyed so many local farmers’ hopes, dreams and crops, Stephen says he has several workers who assist him with chores like watering. But he is clearly a hands-on man. 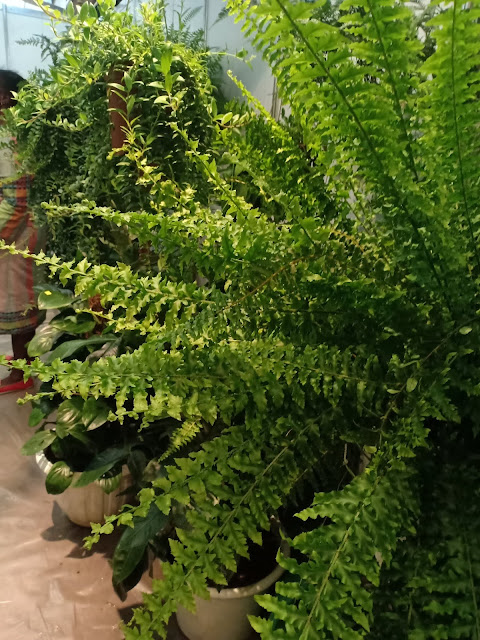 Having grown up on the land that Tabuga Nurseries occupies, Stephen recognized years ago that the best way to maximize the value of his agricultural land was the build green houses. That insight has clearly paid off substantially. It is why he has gradually plowed his profits into constructing more houses which he also is careful to maintain well. 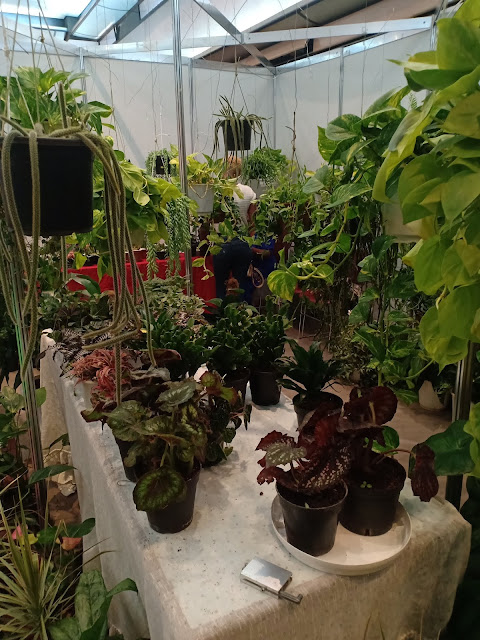 Stephen says his children are still in school and he is putting no pressure on them to follow his footsteps into the family business. For now, he says he works closely with Agnes and they complement each other well.
One final point about shopping with the Karanja’s. They are happy to give advice to clients who take their plants home since it seems the bond they share with their plants never dies. 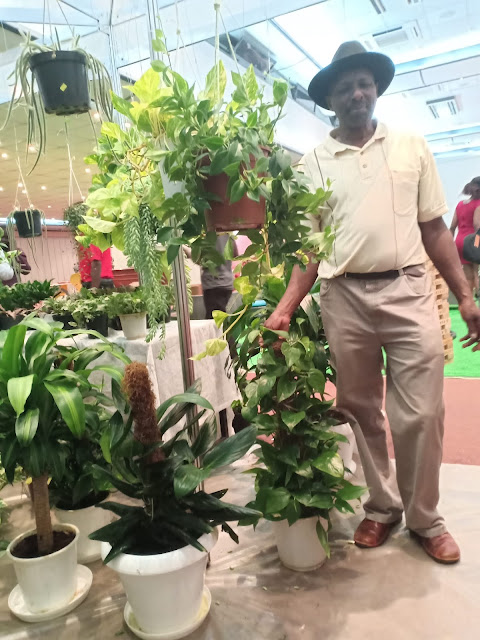 Posted by Margaretta wa Gacheru at 10:54