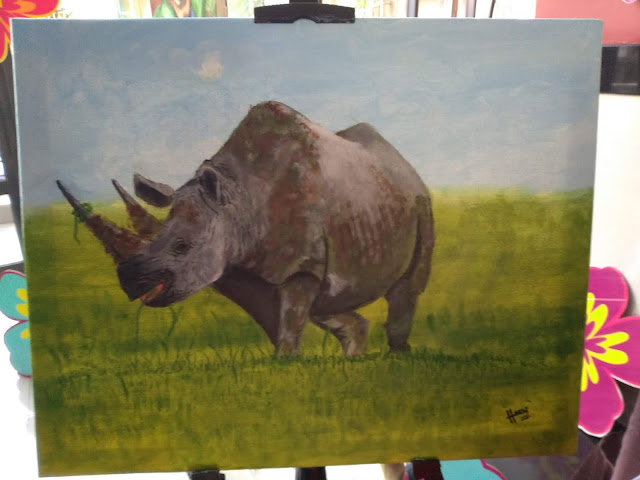 Dr Irum Mizra is a mother like no other!
We understand that most mothers care for their children’s well-being. But when we met Dr Irum and her son Hariz Shifi, aged 12, we realized that she hadn’t just gone an ‘extra mile’ to ensure her son’s happiness. She had essentially run a maternal marathon for the sake of Hariz whom she believes has a special artistic gift. 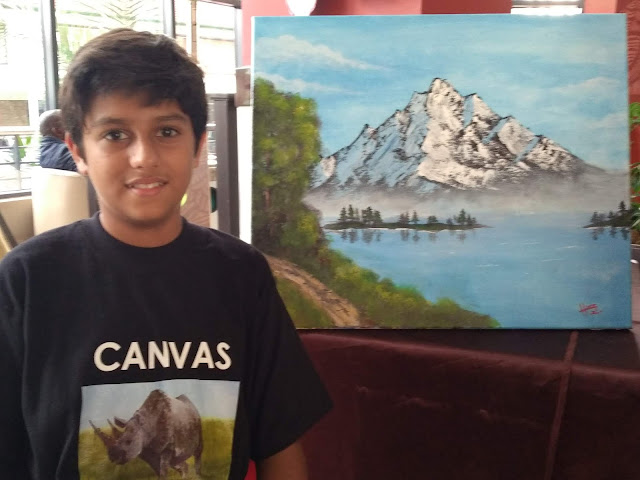 “I was never very artistic myself, but ever since he was five years old, his school teachers have told me Hariz has a special talent that I ought to nurture,” she tells Business Daily.
It was when he was seven that Dr Irum discovered something more about her son that convinced her the teachers were correct.
“Hariz didn’t tell me he had a problem at school. But when I found one of his drawings in the back of an exercise book, I realized that he was being bullied. But I also realized that while he didn’t talk much, he communicates effectively through his art.”
That was an important revelation for Irum who now provides Hariz w 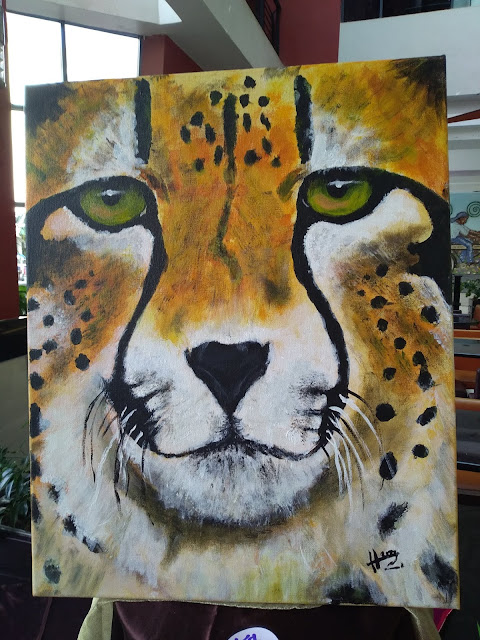 ith the basic art materials that he requires.

But as she wanted to do more for him, she felt she needed to be better informed about art. So she started researching the local art scene. She began to visit galleries and attend art exhibitions. That’s how she heard about Patrick Mukabi and the Dust Depo Art Studio.
“I decided to go to Patrick’s studio and ask for his advice,” says Irum having already decided that she’d like to help her son to have his own art exhibition as she felt he was that good. 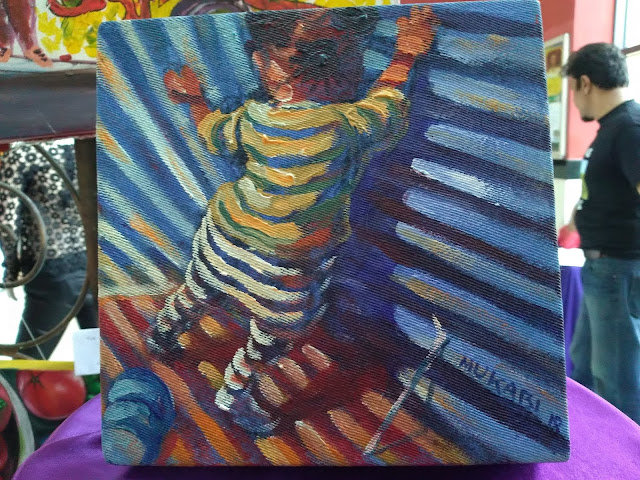 “Patrick was very helpful and suggested I have a group exhibition including a few of the young artists working at Dust Depo,” she continues.
Irum liked the idea, but Hariz who is now 12 was slightly intimated by the whole plan. But his mother proceeded. She selected several Dust Depo artists whose works she liked and then went around researching where to hold the show.
Finally, she settled on Lavington Mall on the ground floor near one of Maryann Muthoni’s playful mosaic tile murals. 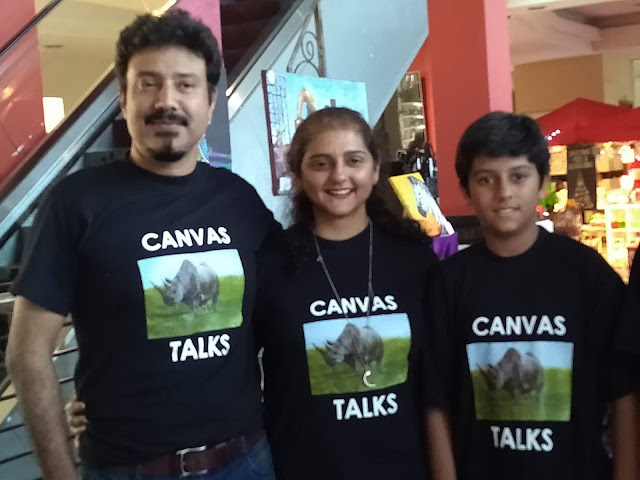 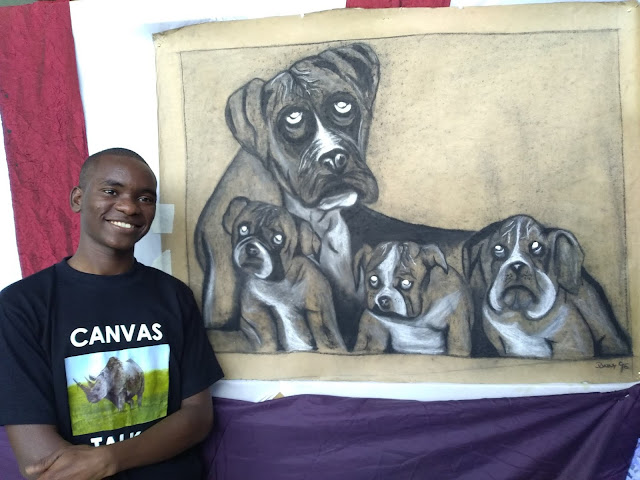 The three artists who were not from Dust Depo were Patrick Okumu, a friend of the Studio, Hamza Nazir and Hariz, both of whom are 12.
All the works were reasonably priced during the two-day December show, and Dr Irum chose not to ask for a commission on the sale of any of the art. A number of paintings managed to sell, although there was one work that wasn’t for sale.
‘We didn’t want to sell Hariz’s rhino,” says Irum who feels this piece reflects a new maturity in her son’s style of painting. And she is right. Both anatomically and texturally, Hariz’s rhino painting reflects a qualitative improvement as compared to other of his earlier works which were also in the show. 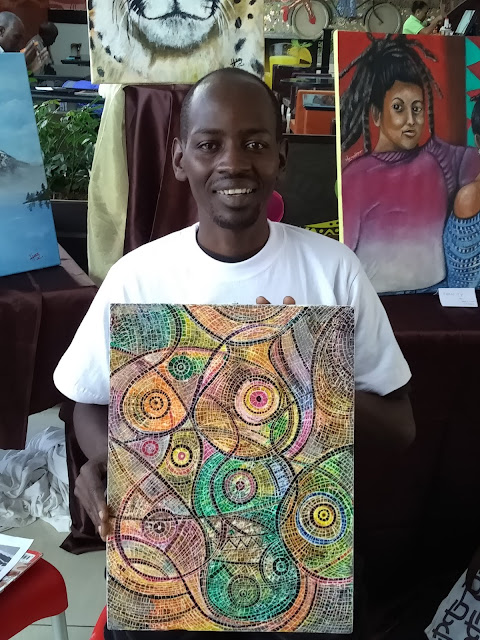 Irum liked the rhino so much that she printed ‘Canvas Talks’ tee-shirts for every artist in the show. Each shirt featured a full-sized copy of the rhino.
As for Hariz, the shy lad who indeed speaks through his art, says that one of the best things about the exhibition is that he’s no longer intimated by the older artists. He may not spend much time painting at Dust Depo, but he’s definitely made new friends.
As for the mom, Irum is already planning for another group show for some time in the new year. Naturally, her son will be there. 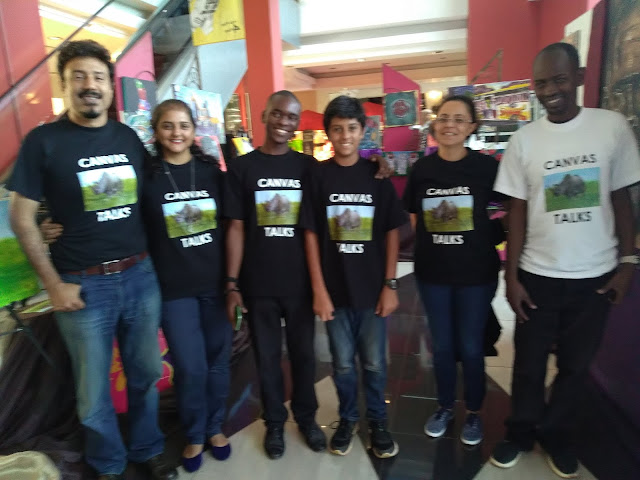 Posted by Margaretta wa Gacheru at 10:50