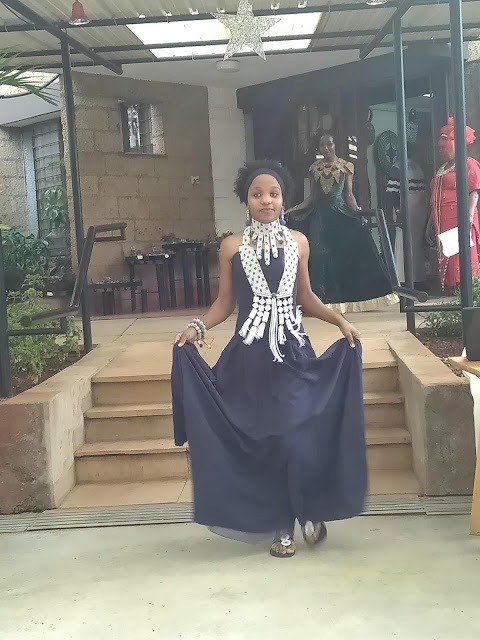 Last Sunday afternoon at Spinners Web in Kitisuru, a ‘Celebration’ Fashion Show featuring the collections of leading Kenyan designers were modelled by 30 ‘dream girl’ models. The thirty are from a pool of 2000 young Kenyan women from informal settlements who have been trained by the community development agency, AMURT.
The top Kenyan designers whose latest collections of fashion, jewelry and other accessories included Deepa Dosaja, Niku Singh, and Kiran Ahluwalia as well as designers represented by Spinners Web such as Tracy Kamau, Tina Masese, Irene Mkasa, Jackie Resley and others.
It was the first fashion show that Spinners Web has hosted since they moved from Spring Valley to Kitisuru more than a year ago. But the open-air catwalk turned out to be a perfect venue for the crowd who came to support Anuja Prashar, AMURT’s new director of development and CRS who had organized the show to promote a vocational training program aimed at assisting young women, including the thirty models who graced the catwalk that day. 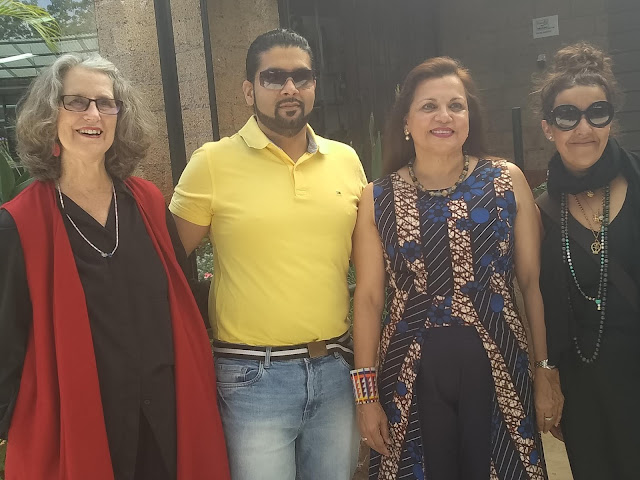 Niku Singh’s jewelry pieces were the first of 40 designs that went down the catwalk that day. All his jewelry is one-of-a-kind and the sort of accessory that is both dramatic and unforgettable. The models who got to wear his designs looked like they wore works of art, not just ornamental jewelry. 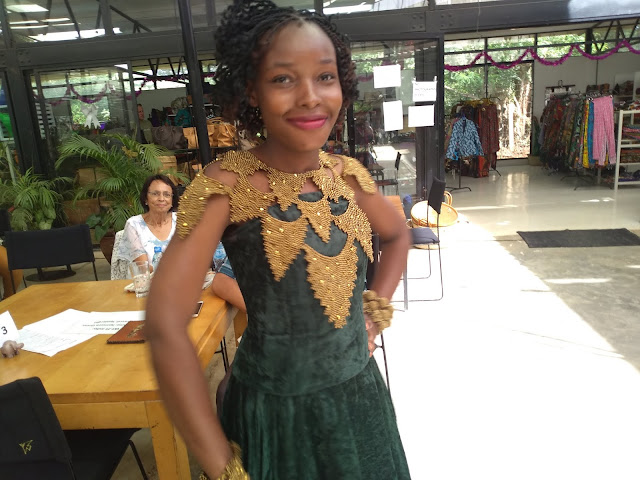 Next came Deepa’s bright sunny dresses looking both cheerful and chic. Her beautifully fitted orange cocktail dress made the dream model swish all the way down the catwalk. Deepa’s elegant white and green patterned print blended in beautifully with the Kitisuru setting of tall trees and leafy shrubs.
The beach wear provided by Kenya Kanga and Tausi Trends made us want to head for the Coast right now and not wait till the Christmas holiday.
Shoes that featured in the show were mainly sandals provided by Ikwetta as well as by Nina and Azus Leather.
And as the afternoon featured mainly casual day wear, there were a wide variety of bright free-flowing dresses that came down the catwalk. Ikarashi provided the beautiful Maasai Beaded dress while Tracy Wairimu Kamau had a whole line of Umbrella dresses in the show that were clearly the easiest to wear for comfort, style and any time of day. 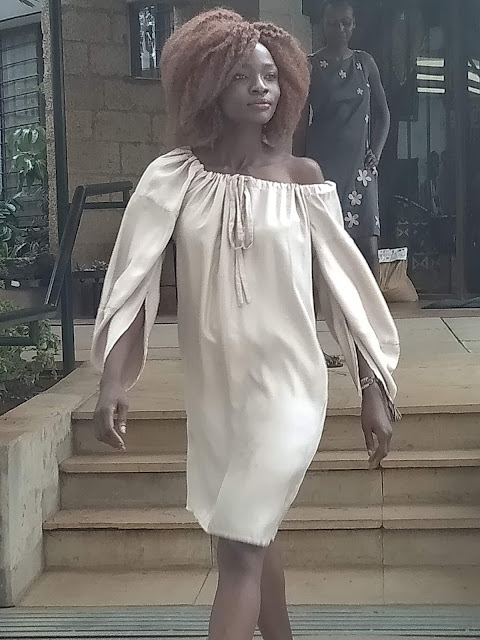 Tracy, whose labels are Anointed Hands and Suhil, also created the trendy Blue hoodie that most of the models wanted to wear. The Hoodie could have gone well with the Cotton Fleece pants by Rowamy but instead, the pants were matched with a top by Models Own and a Denim bag also by Rowamy.
Deepa’s dresses were among the most elegant ones modelled in the show. But Tina Masese’s Thin Strap dress was also elegant. So was the Maxi Slit dress by Mbabazi, the Ugandan women group that works closely with another Ugandan women group that makes Clutch bags covered in hand-made paper beads. The bag worked well with the Maasai Beaded dress.
Among the other fashionable accessories worn last Sunday were hats. A big floppy Safari hat came from Rowamy while the red hat that matched the red umbrella dress came from Tausi Trends and several beach hats came all the way from Madagascar and Madagascar Arts.
The height of ‘beach wear’ was actually provided by Karin Ahluwalia who brands her bright multicolored silk scarves with her first name. They formed the perfect beach cover since they are slightly transparent but also rich in sunshine hues that make you think of sunbeams not swimwear. 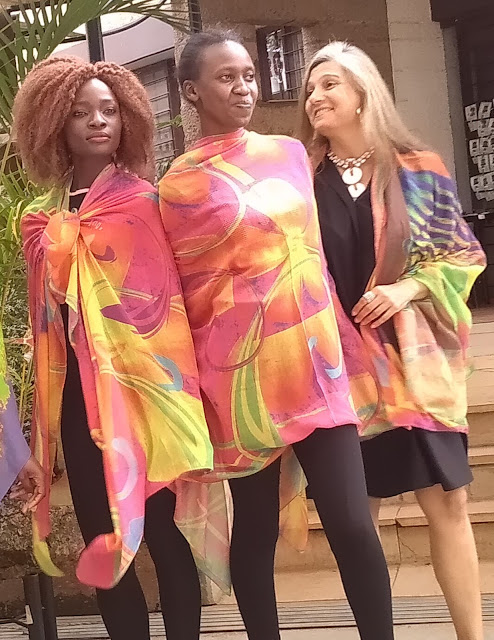 But the cutest moments of the day came when four little models came down the catwalk just as coy and cute as one might want to take home and adopt. One wore a turquoise blue poncho which was slightly too big for her but nobody cared since she carried it with poise and pleasure.
The real show stealer was the little four year old dressed in a white frock patterned with red roses. She wasn’t quite sure where to walk but she marched on and proved herself to be a promising model, just as promising as all the other young women who are trainees with Anuja Prashar’s Dreams Entrepreneur and Enterprise Program or DEEP.
Nearly all the fashions on display last Sunday are available at Spinners Web. 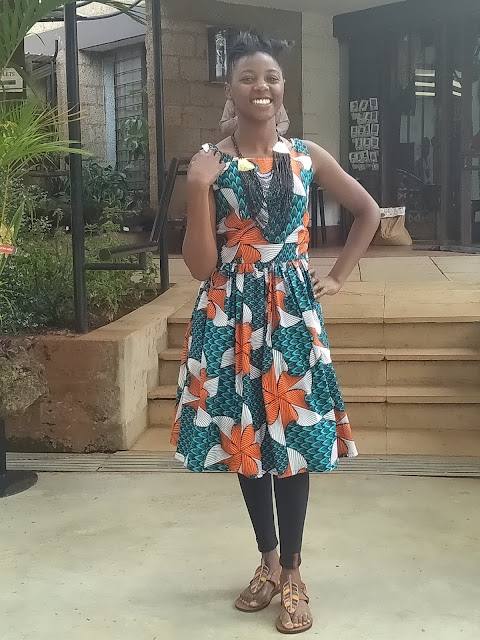 Posted by Margaretta wa Gacheru at 10:31