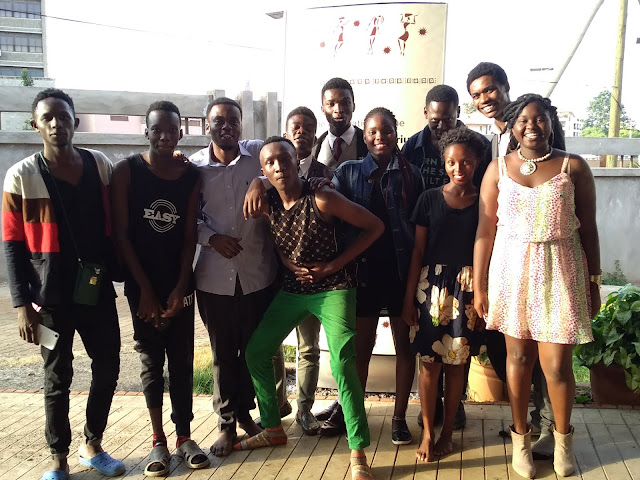 There’s a new theatre company in town. Talenta Yetu is a troupe that’s come from Kenyatta University with freshly honed theatrical skills, energy and enthusiasm for trying out new and daring scripts.
Like ‘Reverberations’ by Clinton Obama and directed by Fanuel Mulwa who we’ve seen in shows like Sarafina, Grease, Caucasian Chalk Circle and both versions of Jesus Christ Superstar (where he played Peter). 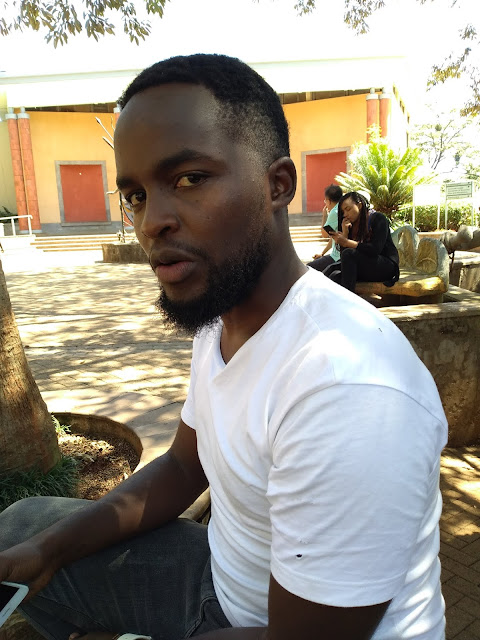 Fanuel admits he’s learned a lot about theatre at KU (especially from Dr Zippy Okoth). But actually doing professional shows like those just mentioned and working closely with Stuart Nash of Nairobi Performing Arts Studio gave him essential knowledge and experience as well as the courage to start directing shows himself.
He does a great job with Reverberations, although I must say I was slightly surprised by the ease with which characters were either bumped off or beat up. But that apparently is part of the corruption that the play aims to expose. 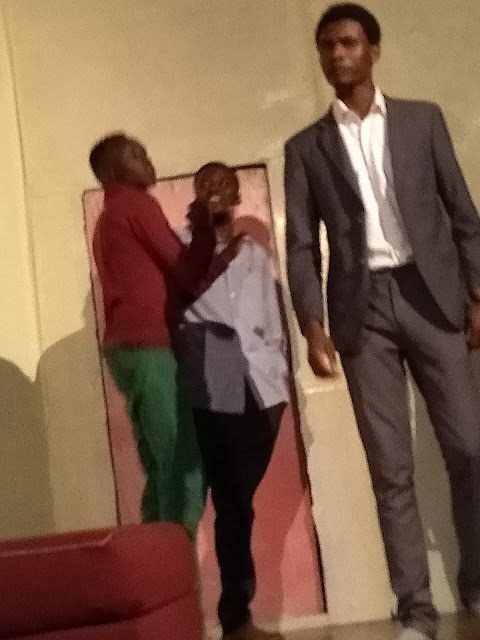 The focus of corruption is on churchmen who supposedly are meant to beacons of morality, truth, goodness and selfless love. But Pastor Sonford (Samson Omondi Onyango) is the antithesis of all that. He’s a hypocrite of the lowest order. He pretends to be pious while seducing young women and even forcing himself on girls like Alice (Regina Wahito) who genuinely try to resist. 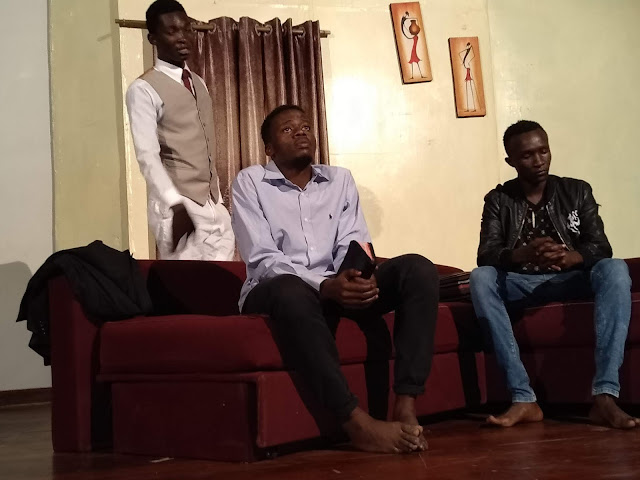 The ‘reverberations’ are affected by the Pastor’s two sons Charlie (Tony Sesat) and Jacob (Clement Ochieng) who, despite being highly critical of their dad become just as bad if not worse than he was.
Charlie is bitter because he believes his dad literally killed their mom. For not only did the dad refuse to take her to hospital, claiming it was church doctrine. His real motive was apparently to hide his having infected her with AIDS. 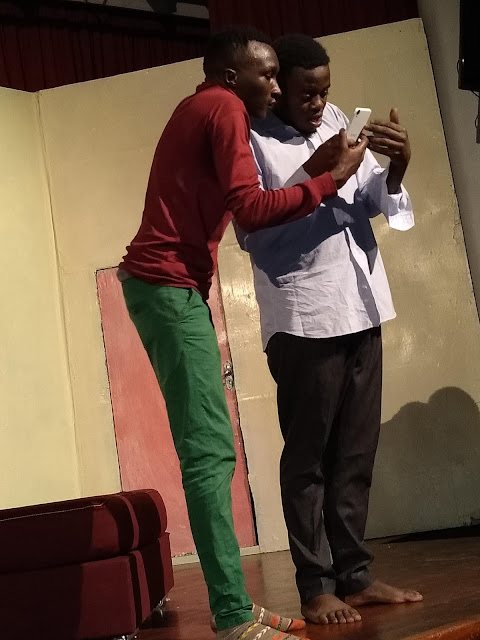 Charlie’s resentment turns deadly. As it turns out, he’s just as reckless as his father, first by administering poison to Jacob’s pregnant girlfriend (Tracy Muga), then by finishing off his dad and finally, by selling off the church.
Jacob becomes a clone of Pastor Sonford. He’s just as lecherous and hypocritical a churchman. There are ‘good people’ in the play. But they are also sneaky schemers who devise a plan to catch the brothers ‘in the act’. 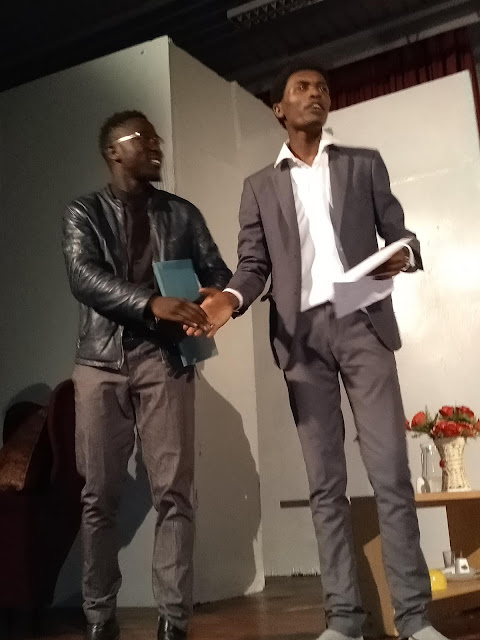 The 'good guys' who are schemers intent on catching the two brothers.

Whether they succeed or not is what you’ll have to find out when Talenta Yetu brings ‘Reverberations’ back due to popular demand.

Posted by Margaretta wa Gacheru at 03:07