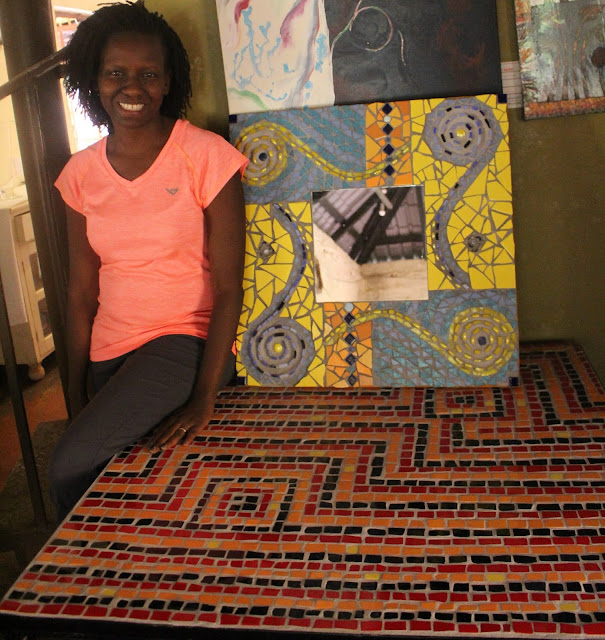 Kenyan artists are always scouting the countryside to find new venues where they can exhibit their art for receptive audiences.
The latest art space they found is in Garden Estate down Marurui Road where there’s a cream-colored gate marked 45. That’s the only indication of what’s happening inside.
First and foremost, there’s an amazing boutique restaurant behind that gate called 45 Degrees Kitchen. But equally significant is the group exhibition currently underway inside.
It was nameless until I saw Evans Ngure’s ingenious sculptures which he calls ‘Circles of Life’. But before I knew that name, I called them ‘Wheels of Fortune.’
‘Wheels of Fortune’ can do for 45 degrees’ first otherwise untitled art exhibition since the owners opened up the eatery in 2015. That’s somewhat surprising since one of the five artists exhibiting is Rose Wahome who’s also a co-owner of 45 Degrees Kitchen with her gourmet chef husband, Harold Sena-Akoto. 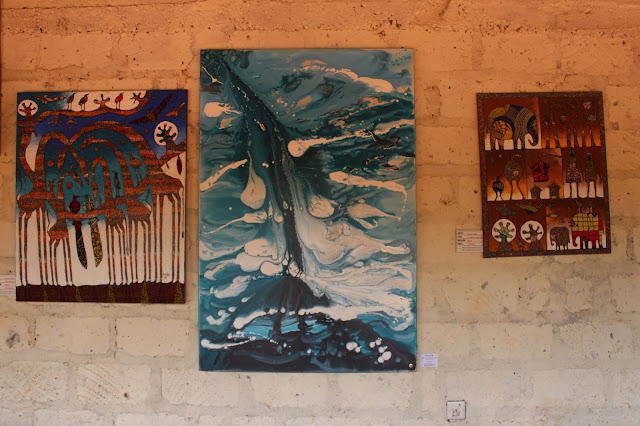 “We’ve been so busy with the restaurant that I haven’t had much time to devote to my art,” says Rose whose mosaic tile mirrors and tables are indeed works of art. One might call them functional art. But in addition to their being of practical use, they reflect attractive geometric designs and a thoughtful use of earthen colors.
Rose might not have launched 45 Degrees as a new art venue if she hadn’t known the Kenya-based German artist Milena Weichelt whose paintings she loves. Milena was happy to consider exhibiting her art in the restaurant, especially as the people who appreciate Harold’s food tend to be art lovers. “Many embassy people like to come to 45 Degrees,” says Harold who has been serving continental cuisine for most of his life. Or at least since he went off to study culinary science in Italy for several years. After that, he’s set up restaurants everywhere from Australia to Canada to San Francisco in the US.
Milena was keen to show her paintings at 45 degrees, only she knew another artist who she felt would do well to exhibit there too. Evans Ngure creates colorful sculptures which currently hang from the outdoor panels that partition the cozy nooks where guests tend to eat when the weather permits. 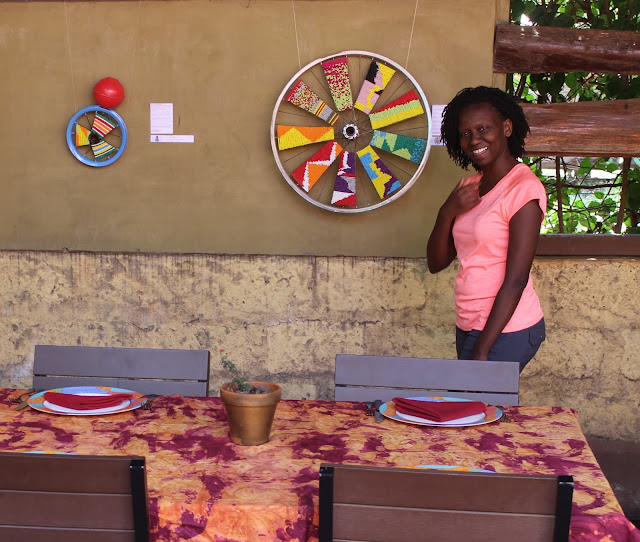 He’s a specialist in assembling ‘found objects’ into artworks that surprise for their unprecedented style of artistry. For instance, Evans’ latest creations are his Wheels of Fortune. These are bicycle wheels whose spokes he beads, creating lovely and colorful abstract designs.
In one nook, he has a pair of Wheels, one he calls ‘Atomic Bubble Gum’; the other which is larger he’s named ‘Heartbeat’ since it veritably pulsates with color.
He’s also exhibiting  a series of three-dimensional ‘paintings’ which he creates out of everything from an old tennis shoe, discarded keys and an array of spare parts from typewriters and computers to bicycles and buttons. His wind chimes are also unique. They hang around the restaurant’s terrace. 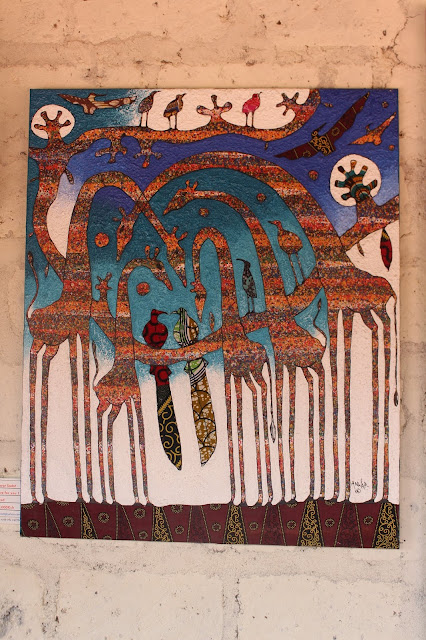 Meanwhile, inside three more artists’ works are on display. Milena’s paintings like those of Anwar Sadat Nakibinge and Samuel Njuguna are to be found beautifying the solid brick walls of the dining room. They also hang on the other side of the same wall, brightening up the building that had once been a poultry holding room where Rose’s father once kept his freshly-laid eggs before they went off to market.
Milena’s paintings are decorative in the best sense of being beautiful to look at, whether she’s painted bougainvillea or oceanic tides. Sam Njuguna specializes in creating vibrant scenes of rural Kenyan life which reflect the way many local people in rural areas live their everyday lives. 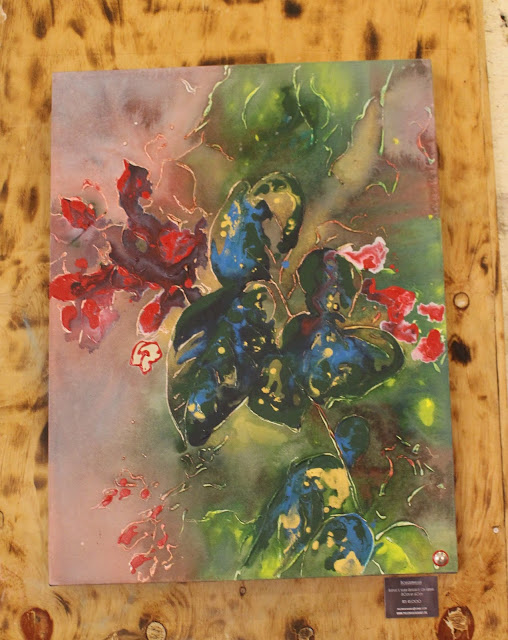 Anwar on the other hand is a specialist in painting wildlife but puts them on his large canvases in attractive ways. Be it a giraffe, elephant, cheetah or buffalo, he treats them as iconic forms that serve as essential elements of his attractive semi-abstract designs.
The new year is likely to see 45 Degrees hosting many more exhibitions since the artworks serve to beautiful the space and enhance the feeling that one’s arrived at a very special place which is unique not just for amazing food but for attractive artworks as well. 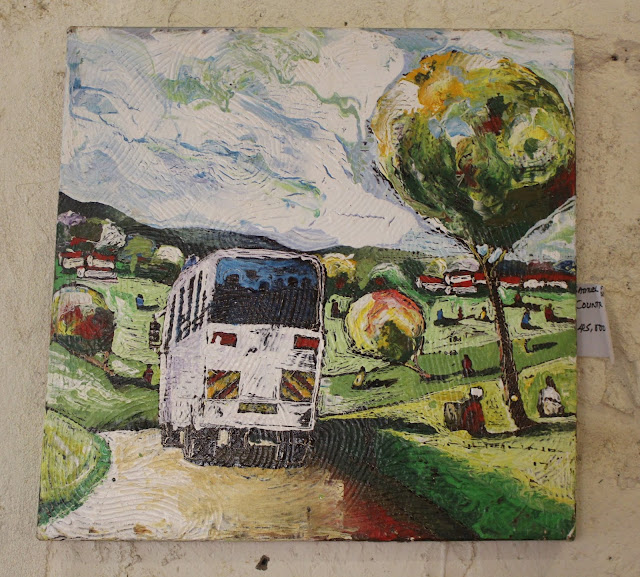